Hey guys, Drew back here. A good week or two ago, Dad brought home a HUGE box filled with some older cards. The range was supposedly from 1980-1990 or so, of baseball, basketball, and football, and they were from a woman on Craigslist that was working on selling off her dad's collection. I have a lot to highlight from this, so let's get started! 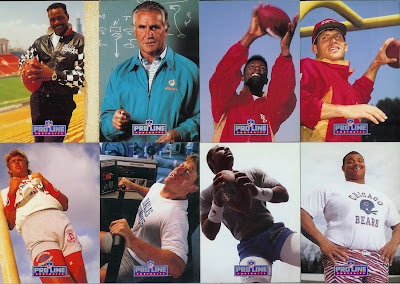 First off, we have a few of many 1991 Pro Line football cards. This is a very fun set, with interesting photography and even cards of players wifes. They also show the clothing style from those days... which cracks me up! I mean, just at the Fridge! 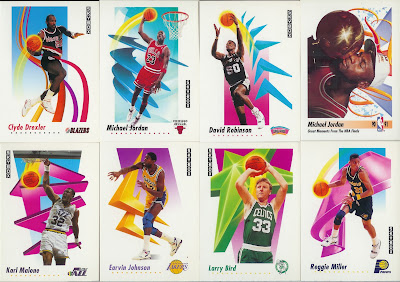 Next are just a few of a TON of 1991 Skybox basketball. I've never been much of a basketball collector, so I've never heard of these cards, but they're pretty darn weird! I don't think I had a single card of Michael Jordan though, so I'm happy I got a few in this lot. 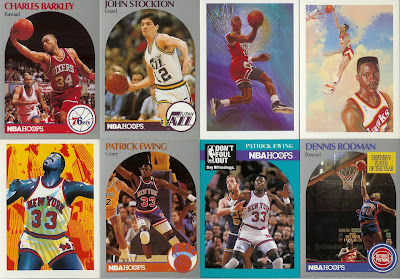 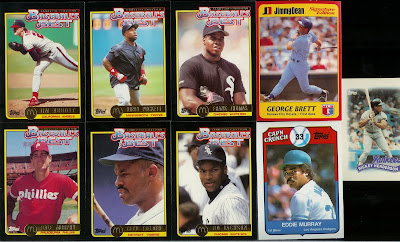 Starting off the baseball cards in the lot, we have a lot of 1992 McDonalds, with a few players I've met. Also there are a few other oddball cards in that. 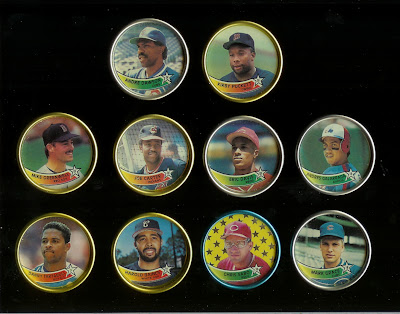 One of my favorite parts of the lot were these 1989 Topps coin cards. I like the occasional oddball product, and these certainly fit that. My favorite one is definitely of the Hawk, Andre Dawson. 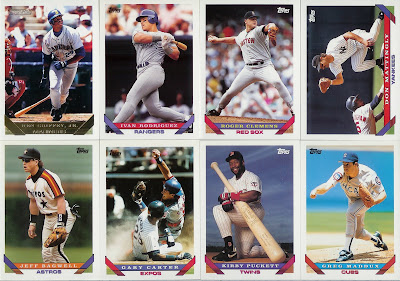 While I already have quite a few 1993 Topps cards due to a box I got of it at one point, I think it's a really nice product. Some of my favorites are the Gary Carter, Kirby Puckett, and Don Mattingly cards. Kirby's card makes me laugh every time! 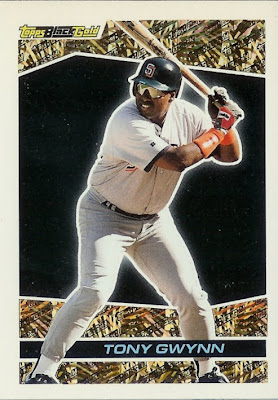 Mixed within the 1993 Topps is one of the "Black Gold" inserts that seemed a little rare, considering I didn't even get one in my hobby box. This one is of Tony Gwynn, can't do much better than that! Pretty cool! 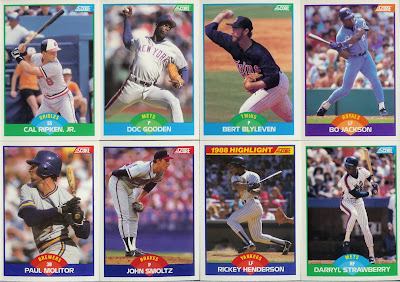 Another one of the nicer baseball sets included in the box were 1989 Score. I love some of the photography on these cards, and while the design doesn't look overly nice, the pictures help it look better. I love the Paul Molitor card in this set over any of the scanned cards though. 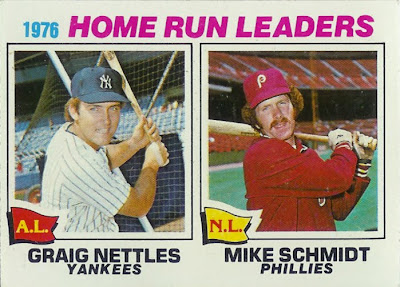 Probably the oldest card in the box appeared randomly mixed in, from 1977 Topps, a Graig Nettles/Mike Schmidt home run leaders card! I think I already have this one but it's definitely a sweet card of 2 of the top players in the 1970's! 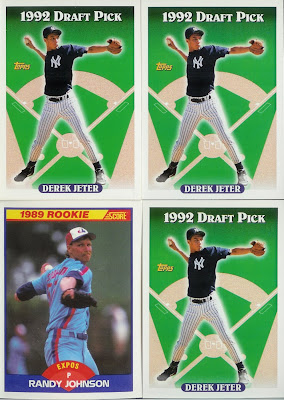 And last but not least, the highlights. First was a 1989 Score Randy Johnson rookie card. Unfortunately, as good as Johnson was, his cards as well as other late 80's rookies (minus Griffey Jr.'s Upper Deck) don't have the kind of value that they should have for being Hall of Famers. In fact, this card only books for a grand total of 2 dollars and 50 cents. But, my favorite card(s) of the box were the 3 1993 Topps Derek Jeter rookies! Although I have so many of this card already, I can't get enough of my favorite player's rookies!

Well, a big thank you to the Craigslist seller and of course to my dad for picking up this box for a pretty solid price! You're the best!