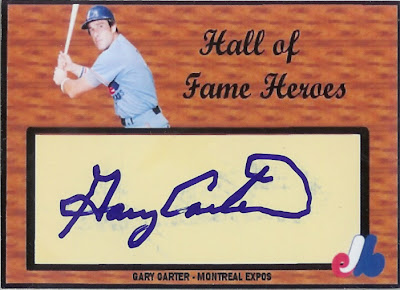 It looks like the mail order items were able to be signed by "The Kid", Gary Carter! And, while it does have a little bit of a smearing issue, it sure does look great! You can tell Carter's signature is a little shaky but I'm so lucky and fortunate I was able to pick this one up for the collection! It was worth every penny for sure!
Before I go I want to wish Mr. Carter the best of luck on his battle with cancer. Cancer is the devil, and I really hope someday soon a cure will be discovered. Watching someone suffer with it is depressing and gives you images in your head you will never forget.
Also, a big thank you to my good friends at JP's Sports and Rock Solid Promotions for the help getting this autograph! See Ya!
Posted by Drew at 9:12 PM 2 comments: 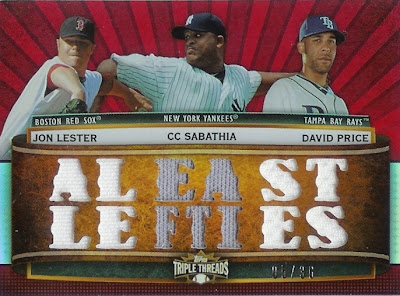 I saw this card with a few minutes left a couple weeks ago, and I knew immediately it would fit nicely into the collection. Out of 2011 Topps Triple Threads, this is a triple relic card numbered out of 36, featuring jersey relics from Boston's Jon Lester, New York's CC Sabathia, and Tampa Bay's David Price. All 3 of them are considered one of the top two pitchers on their respective teams, and they all play in the AL East, as shown by what the relics spell out. It's a really nice card to look at in person, as Triple Threads never fails to disappoint in appearance. I picked it up not only for my Yankees collection, but also because I like Price a lot as well. As for Lester, well, I respect him more than most Red Sox, but still, he's a Red Sox player.
Anyways, I got the card for around $10 and I'm glad I purchased it to add to the collection! If you were a fan of either of these teams, would you buy the card even though it also features relic pieces from a rival team?
See Ya!
Posted by Drew at 2:44 PM 2 comments: 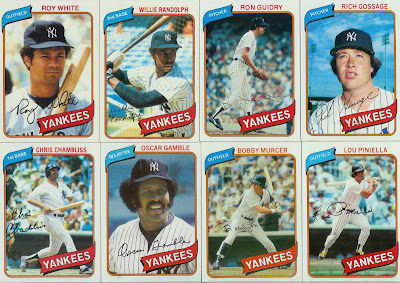 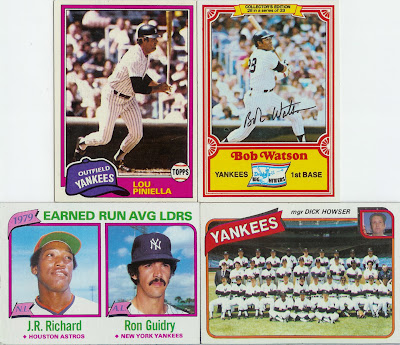 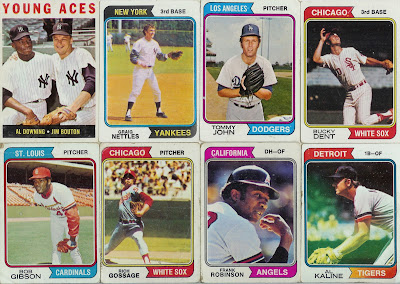 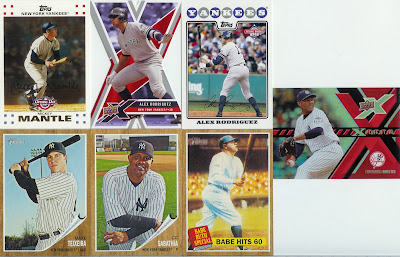 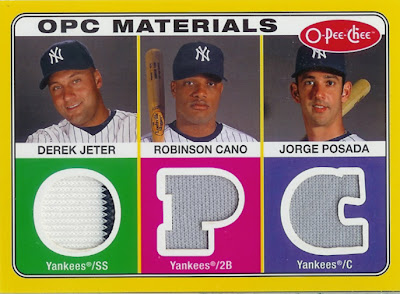 So thanks so much for the trade James, I really appreciate it! Alright everyone, in case I don't have anything up tomorrow I just want to wish you all a Happy Thanksgiving! See Ya!
Posted by Drew at 10:15 PM 4 comments:

Hey guys, Drew back here. Well, today started off extremely rough, with some very sad news regarding my family. However, while I have a little time to kill, lets take a look at some of my newest additions to my Robinson Cano collection! 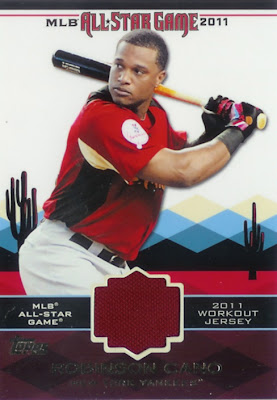 Out of the new Topps Update series, I picked up this All Star game workout relic of his. Cano put on a clinic in the Home Run Derby this past season, and as soon as I saw that this card existed, I needed to grab a piece  of his jersey. I'm not quite sure when he wore this jersey but if its part of the jersey hes wearing in the picture on the card, well, that would be pretty sweet! I bought this one off of the bay a week or so ago, and I love the design of it for sure. For only a couple bucks, why not? 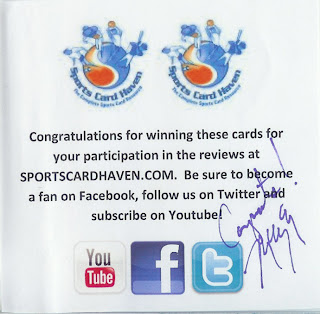 The second of my two recent pickups came courtesy of the good guys over at the Sports Card Haven! They get one box of majority of the newest products, and Ryan (pinetarsports on YouTube) breaks them live on video. I watch most of the breaks, and sometimes they pull some nice stuff. The catch is that they give away the best card in every box they open on the website, and all you have to do is leave a comment with a short review of the product they opened. Well, after they used some randomization tool, I ended up walking home a winner of the 2011 Allen & Ginter contest! And my prize you ask? 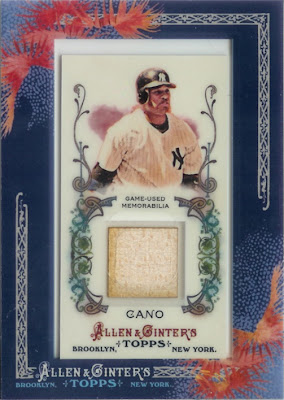 Just a bat card of my favorite player to collect. No big deal! Kidding aside, I love winning contests, they're great for the community and I like to support most of the people that run their own contests here and there. The best feeling is when you win something cool, and this certainly qualifies, as it adds yet another relic to my growing Cano PC! So, thank you so much to the guys at Sports Card Haven, I really appreciate it!

FYI, my contest should be coming within the next week, I've just been very busy and stressed out so I haven't gotten a chance to start it up yet! 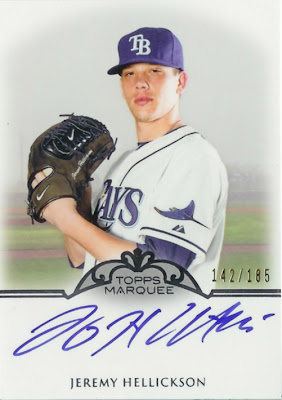 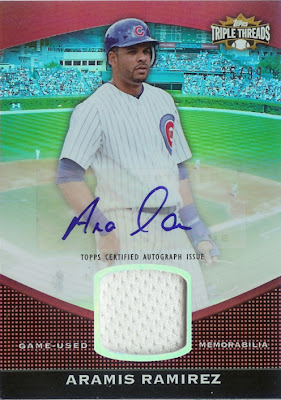 So, hopefully this will put me back on the blogging map, but we'll see! See Ya!
Posted by Drew at 5:20 PM 1 comment: