Hey everyone, I'm Drew, and welcome to my blog, Drew's Hot Corner! Excuse my mediocre blog title, but I was only 12 years old when this site was first up and running and I've been doing my best to keep some of my traditions up ever since (this is why I begin every post saying "Drew back here", and end each post with "See Ya!"). I've been collecting ever since I was 8 years old, and in the summer of 7th grade going into 8th I discovered the world of YouTube and blogging by simply typing "baseball cards" into a Google search. I never thought that one basic search would bring across all of the possibilities and experiences it has, and I'm thankful I did that in retrospect. 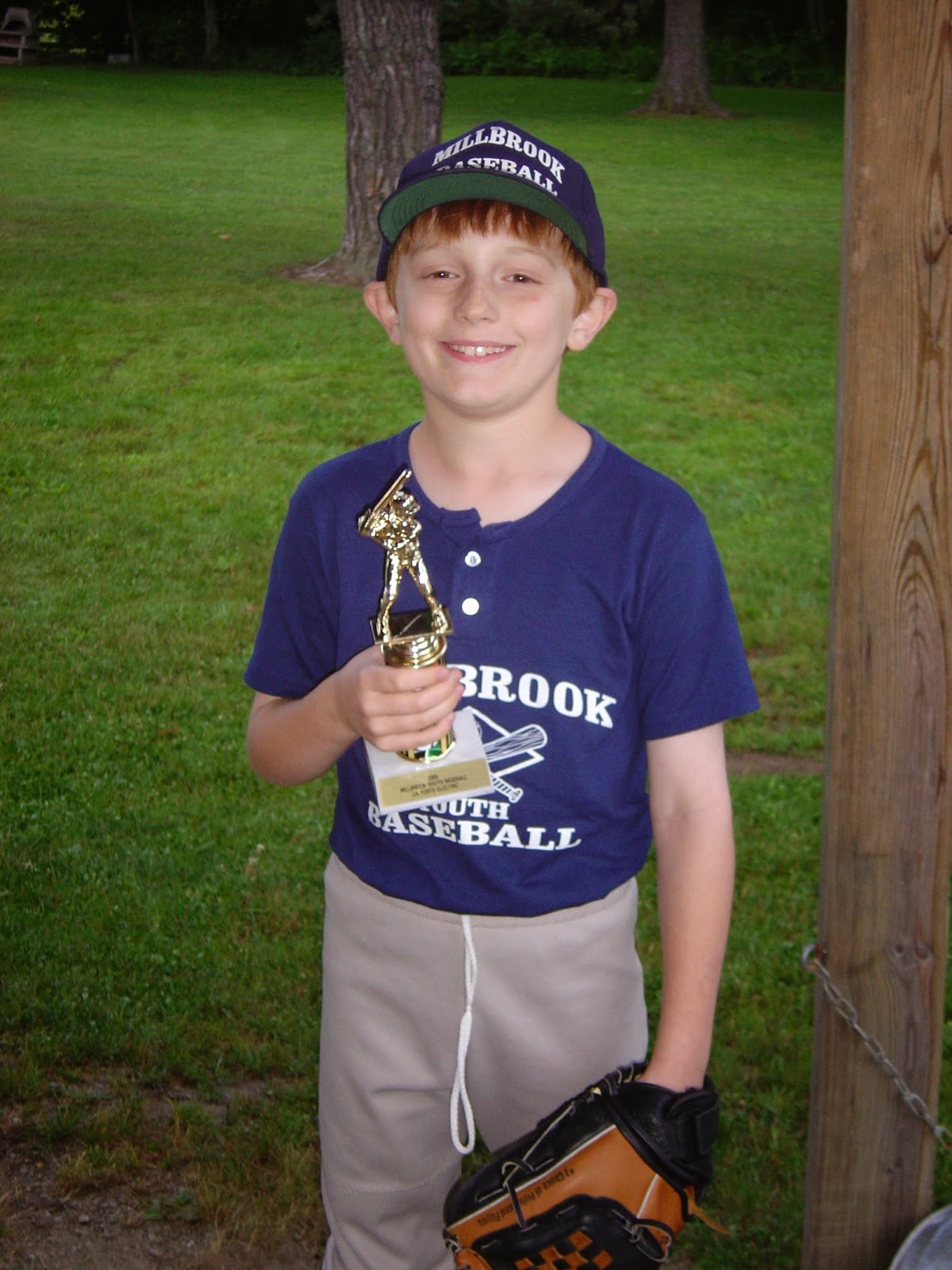 Over the past seven years writing for this blog, I've come across many fantastic people. I started talking to my now best friend William from North Carolina in July of 2009. He's about twice my age, lives down South, and is a fan of my rival Orioles, yet we've used this hobby to become extremely close. He writes a great blog himself over at foul bunt; please check it out if you haven't already.  We have met twice in person, which would have never happened if any of the events earlier never occurred or occurred differently; which I find amazing. He and his son Christopher and brother Adam joined my Dad and I for a trip up to Cooperstown in the summer of 2013, and it was probably the best hobby experience I've ever had. 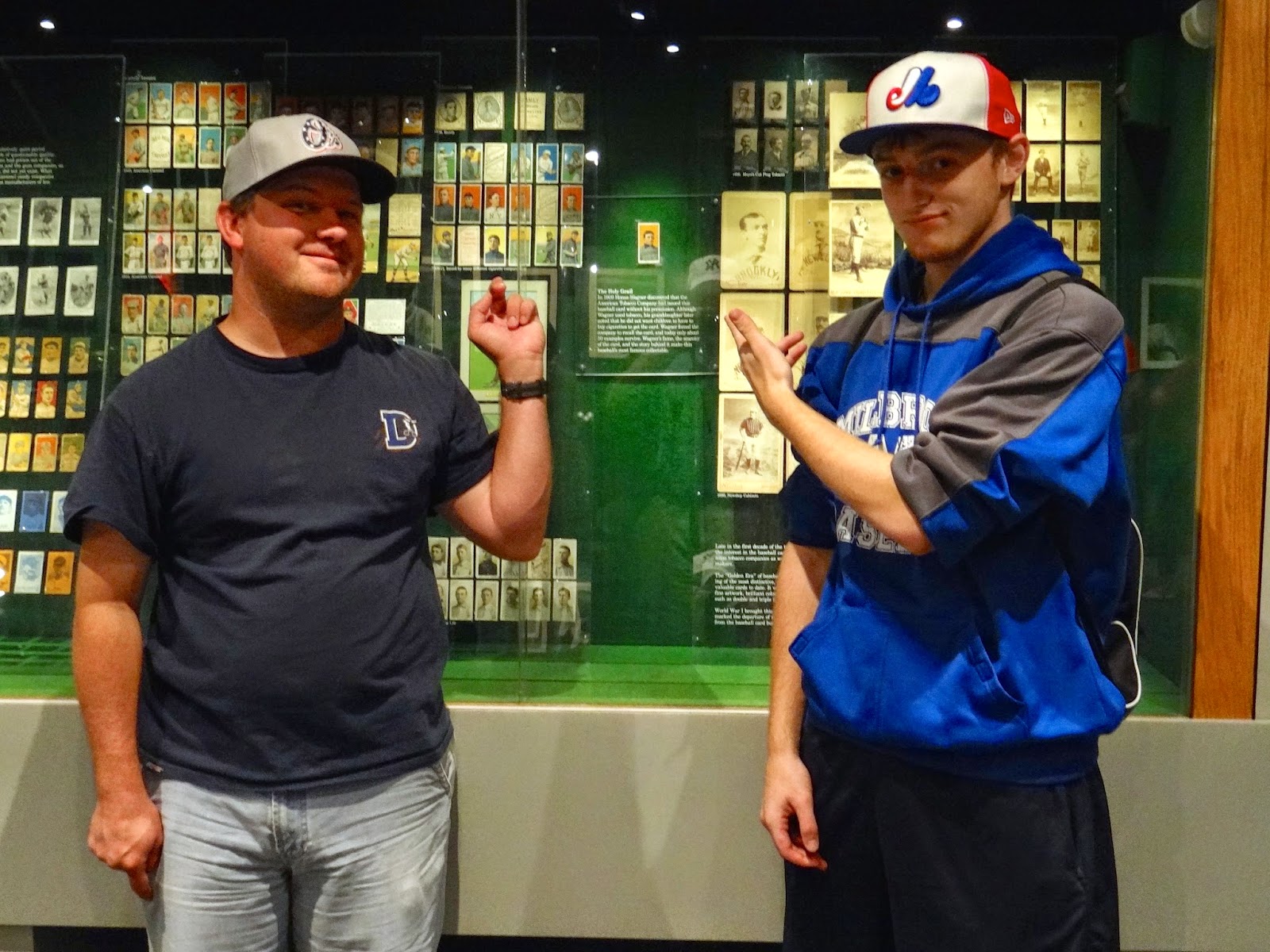 I used to keep track of every single trade I've made, but after a while I lost count. I rarely work out trades today as they are time consuming for a college student, but I think I needed a break from all of the prior deals I once made anyway. I love to send out letters to former players, because there is nothing more satisfying than finding TTM autograph successes in the mailbox after a long day of school. Speaking of school, I graduated high school in 2014, and started my college career last fall at SUNY Cortland. It was a difficult transition for me, and I learned that I couldn't be without my family, friends, or hobbies for an extended period of time without losing it. I got some great support in the meantime, and wound up transferring back to a local school this Spring and so far, so good! 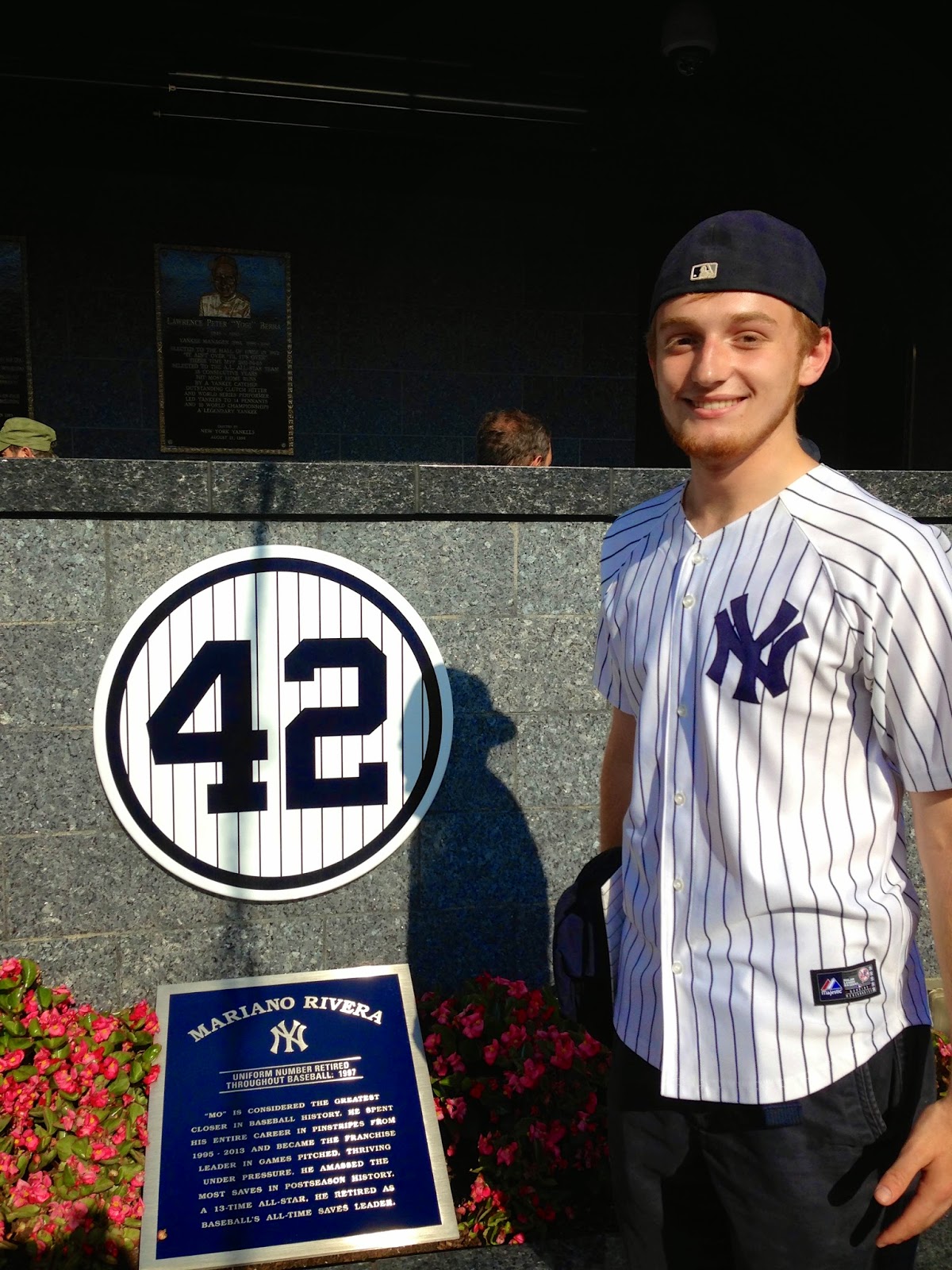 Growing up in this Internet age has taught me so much more than can be expressed in this Blogger template. I went through an extremely awkward adolescence, and was often shy wherever I went. Through this blog, I learned to be confident in myself and in my abilities, and formed a voice for myself. I used my creativity to create custom cards for a while, and learned speaking skills by standing in line at various card shows talking to other sports fans. I am now a Sports Communication major in college, and I know for a fact that I couldn't have done it without each and every one of you reading this blog today. I may come and go for spurts on this site through finals, vacations, and other events, but as long as this hobby stays the way I know and love it, I don't plan on leaving any time soon.

Collecting sports cards and memorabilia is more than just a hobby to me. It's my way of channeling my love for the game, displaying those I've admired through watching YES Network night after night, those whose batting stances I've mocked standing in my basement growing up, and those larger than life heroes I've gotten the opportunity to shake hands with. I've lived a very special 18 years, and I have to give all the credit there is to my family, friends, and all of you. But there is an endless amount of opportunites lying in my future, in the sports world, and in the future of this site. I'm looking forward to the ride.

If you have any questions, please feel free to email me at yanks1996wsc@gmail.com! Also, be sure to follow Twitter account, @drewmihans, to keep posted on any sports news and blog updates!

Thank you all, and as always, See Ya! 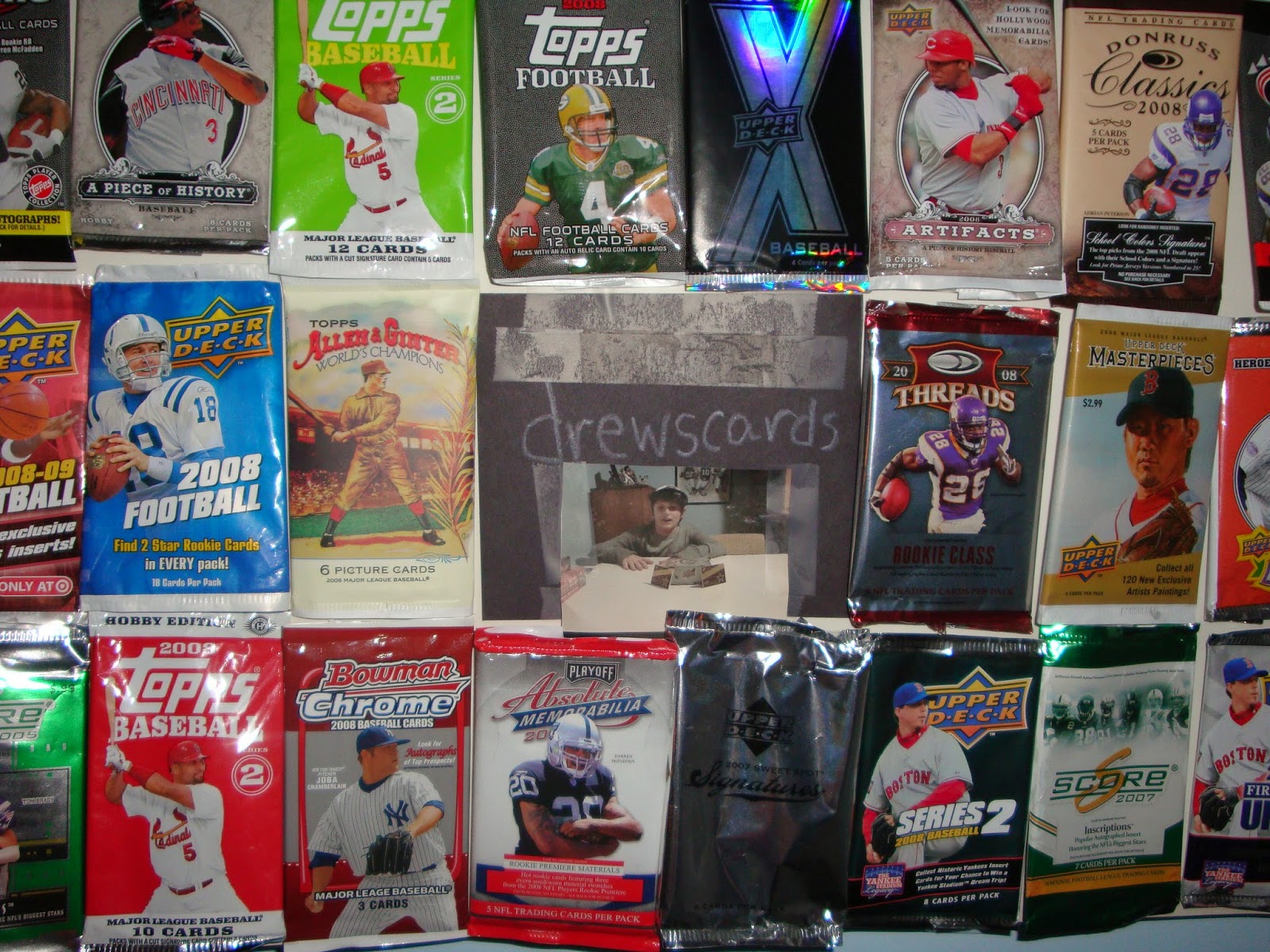