Hey guys, Drew back here! This month has been strictly business, which may explain why I haven't been around. The amount of wheeling and dealing with my collection has reached new heights this summer, thanks to eBay and Instagram in particular. I also have been working almost every day since I returned from Europe, so in order to keep me sane I've been putting part of my paychecks towards a card budget that has allowed me to expand and grow my collection.

Before I get into some of the higher end additions, I wanted to show off a fun trade package I got from Instagram user @ttm.autographs32. Luke and I were able to work out something simple and fun that we both benefitted from. 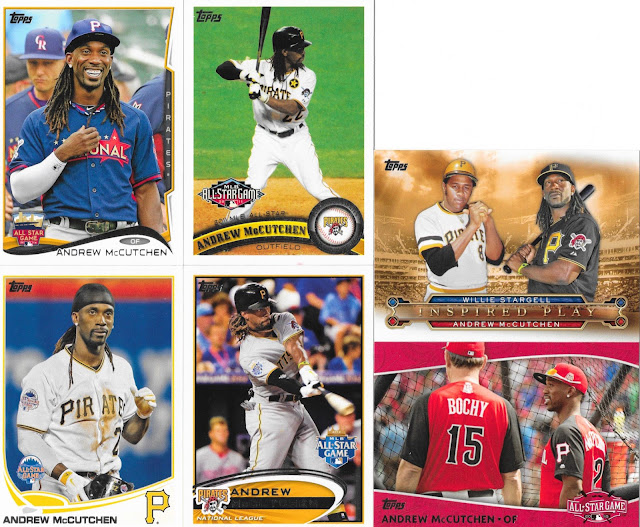 Andrew McCutchen is in the midst of his worst career season, which is worrisome for Pirates fans for sure. Luckily for them, Starling Marte and Gregory Polanco have picked up Cutch's slack. I'm not collecting McCutchen as much as I once did, but I'll welcome any of his cards into my collection when offered. He is one of the best players and guys in the game today regardless of his slow season, and time will tell if he will emerge as the catalyst he's been in years past. 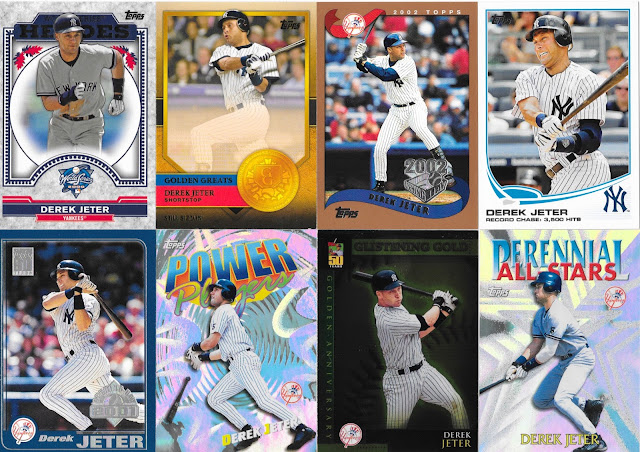 The best part about collecting Derek Jeter is that there isn't a whole lot that could happen nowadays that would kill his value. I would never sell any of my Jeter cards, but it's nice knowing that his cards really could only increase in value with time. I surprisingly didn't have many of these cards yet, and this pushed me to a total of 236 unique cards in my Jeter PC. 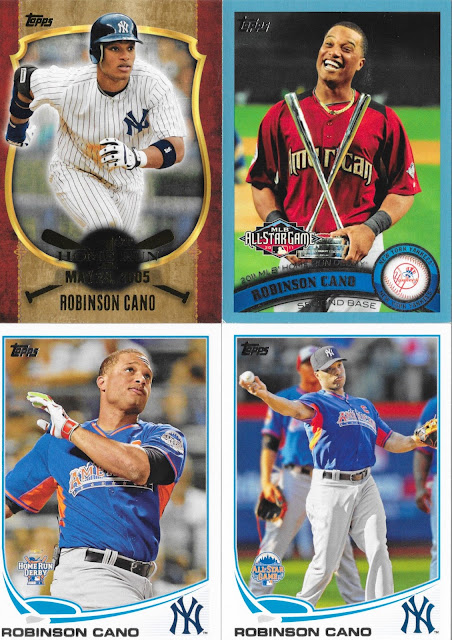 Unlike McCutchen, Robinson Cano is on his way back into relevancy as he has led the Mariners offense in 2016. The former Yankees All Star is currently batting .305 with 22 home runs and 60 RBI! I'm planning on slowing down on collecting Severino, Panik, and McCutchen and placing much of my focus on my former favorite player. 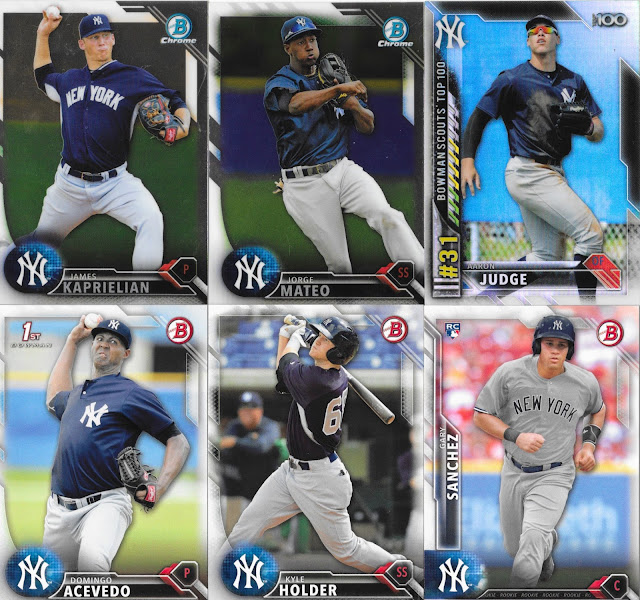 It's hard to resist collecting some of the Yankees top prospects. We don't have the best farm system in the game, but there are more significant names than I can ever remember being in the system. Jorge Mateo was in the news recently for some conduct issues, but homered today in return from his suspension. Aaron Judge has been a monster up until his recent knee injury has sidelined him. Hopefully we'll see our #1 prospect in the majors by season's end. 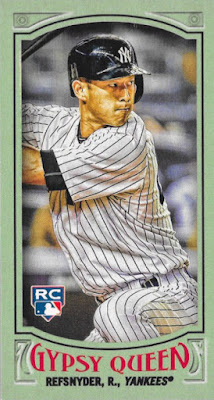 Finally, the Yankees are giving Rob Refsnyder some fair playing time in result of the abysmal performances from Teixeira and A-Rod. This green bordered Gypsy Queen mini is numbered out of 99. 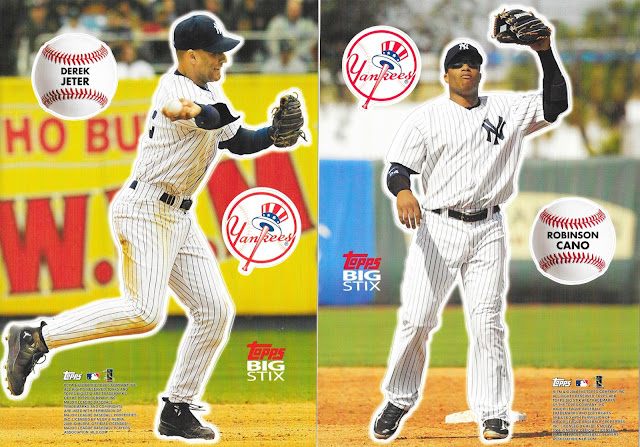 Finally, I was given these 2 Topps Big Stix sticker pages of Derek Jeter and Robinson Cano! I recently took the time to put every single Cano card I own in top loaders in his own exclusive PC box, and I put these stickers on top to add some decoration to it.

Thanks Luke for the trade. Be ready to see some pretty great stuff on this site, despite my inconsistencies with posting.
Posted by Drew at 4:30 PM 1 comment:

Hey Mets fans, remember when "Harvey Day" was a thing? It's tragic, really. Sure, Matt Harvey is returning to form this year little by little, but the days where he electrified the Mets fanbase on every fifth day appear to be over. One of the flaws of the world today, in my opinion; is that topics become old news in light speed. Harvey has certainly fallen victim to this.

But don't worry "Dark Knight". I'm not a Mets fan, but I've seen enough of your starts to know that this is not the end. The Mets faithful may be more intrigued by Thor and his giant hammer or the legendary slugger that is Bartolo Colon, but Harvey is still my favorite of the All Star bunch.

And with that, I decided to add one of his top prospect autographs to my collection. I've been working just about every day this summer, and will be continuing to do so for the next few months. I'm allowing myself a weekly budget to use to bolster my collection, because it will serve as excellent motivation to keep working hard and save up money towards a new car.

This has been a card I've wanted to add for a while now. I went some of the All Star Game events in 2013 when the Mets hosted, and the hype for Harvey (who started the game for the National League) was soaring almost as high as Strasburg-mania in 2010. After an atrocious April and May this season, Harvey pitched more like himself in June. Hopefully he can keep it going, and perhaps Harvey Day could return.
Posted by Drew at 12:08 PM No comments: