Hey guys, Drew back here. About a week ago, I took a journey with my dad over to the card shop in need of 2011 Topps. Unfortunately, the snow delayed the delivery of their boxes, but since we don't go there often, we still decided to pick up some packs. Did we hit big? Take a look: 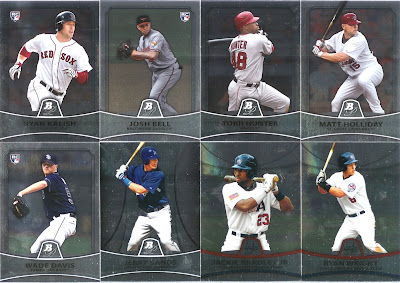 The most exciting part of those 2 packs was finishing them and moving on. Please remind me not to buy packs of that junk anymore. But before I diss it any further, I do like the design, which is mostly foil, but was done pretty well by Bowman. All are for trade. 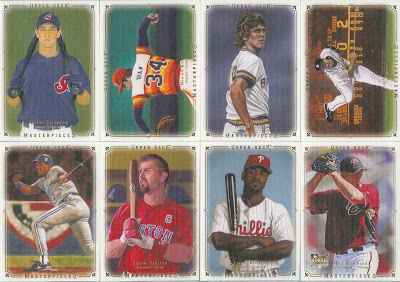 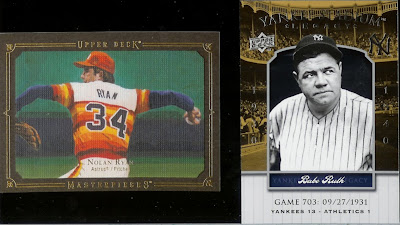 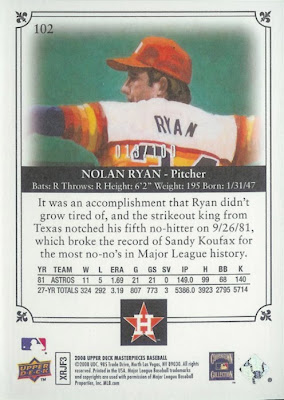 Wow, possibly the best hitter and best pitcher of all time together in one picture. These 2 cards made the Masterpieces packs a success, as well as 2 needed SP's of Winfield and Ryan. I'm probably going to hang on to the Ryan for a little while but it can be traded. 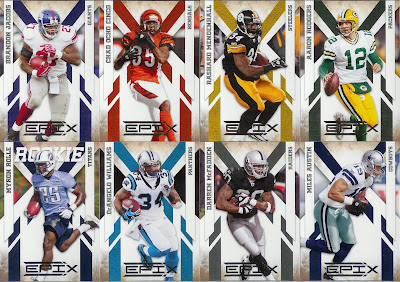 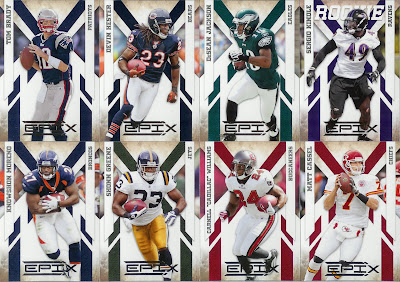 That was so pathetic that it was nearly depressing! Just another boring "X" design with boring pictures and nothing exciting whatsoever. 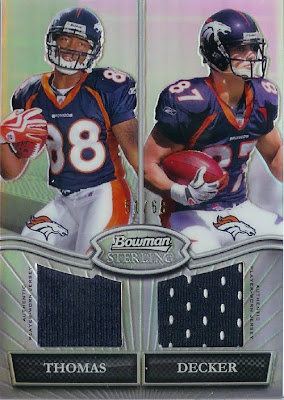 Not too bad for football, Thomas is a great young receiver, and it's numbered very low. I like the relic on the Decker one, and the card is nice because it provides colorful relics rather than the typical plain white or gray. I wish the other Broncos star rookie was on this but I'm sort of please with this. It is for trade if anyone wants it, send me an email.

Well that was de-motivating. Tip to all of you that have money: buy boxes, not packs. When you spend around $50 on packs and come up this dry, maybe about $15-20 of overall value, it doesn't typically make you feel good. Anyways, let me know if you're interested in anything marked for trade, and See Ya!
Posted by Drew at 4:17 PM