Hey guys, Drew back here, and as you may have noticed, I got my box of 2009 Allen & Ginter. It looks like this: 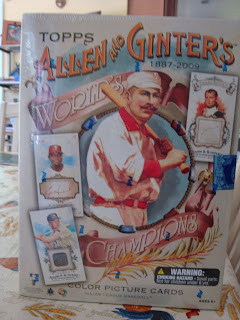 Well, I took it on threw it on a huge hill in my backyard, took my camera and recorded me going up the hill as if I hadn't noticed that there was a box waiting for me. At the top of the hill, there is a nice memorial for the guy that founded our area. So, I sat on the memorial and busted my box topper and 1st 2 packs! Don't worry, Mr. Cooper was not buried here. Here we go! GINT-A-CUFFS IS UNDERWAY! 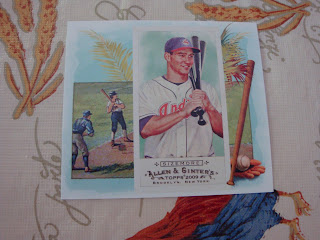 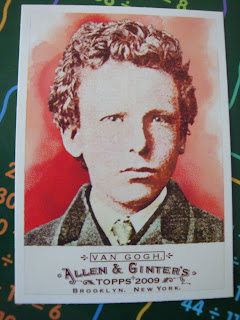 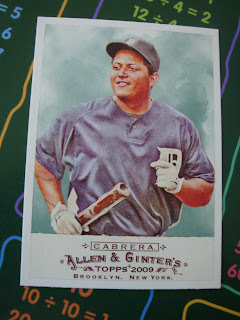 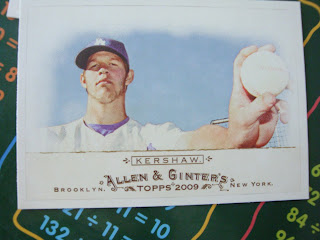 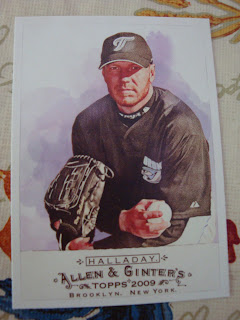 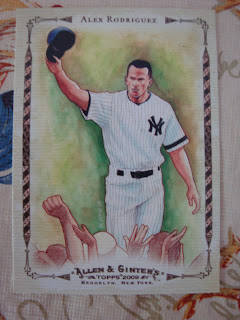 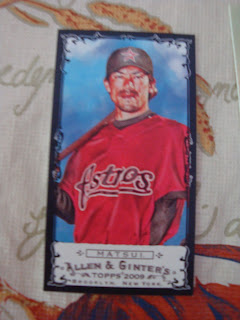 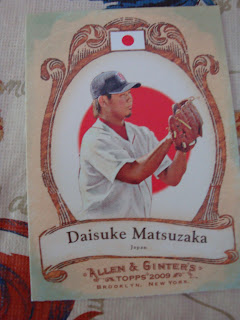 Man, these are really sharp cards! I love the Yankees stuff I got, and I gotta leave now so bye! Those packs were pretty bad point wise though. More tomorrow!
Posted by Drew at 1:49 PM