Hey guys, Drew back here with packs 13 & 14. I just had my friends leave my house, after having a blast, playing manhunt at night, going in the pool, playing RockBand, and just hanging out. I got some cards from 2 of my friends, and I will share that with you later. Some cool stuff, cool stuff. So, my dad and I opened packs 13 & 14, after hearing the 2 recent Allen & Ginter blogosphere stories, a couple bloggers broke the Ginter code, and Beardy posted a 347 point box 2, now officially leading the game. I need a comeback, do I get it here, we'll see: 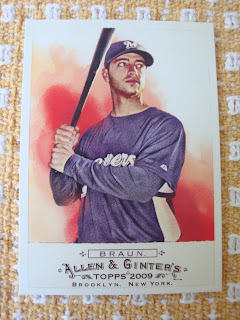 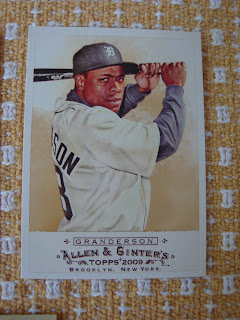 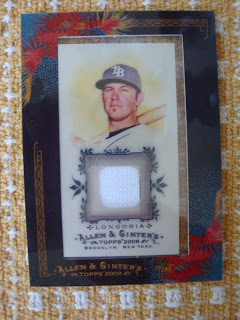 Frank Evans Mini: 2 Points (Cool, 1st one so far of a Negro Leaguer!) 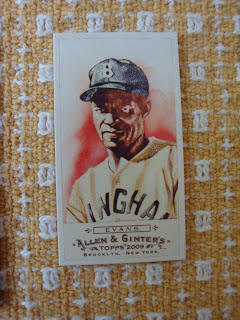 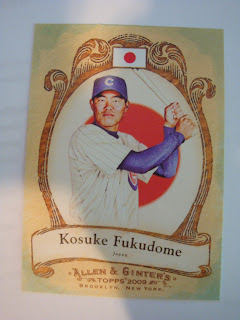 Alright, that there was an awesome pack! The Longoria is an awesome looking card, and so many nice cards other than that too. That got me in the game! Let's see what pack 14 has in store: 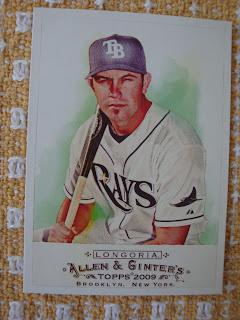 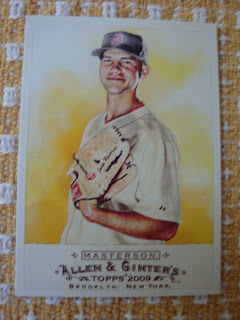 Joba Chamberlain Mini: -1 Points (Just when I was on a roll, another stinkin Yankee pops up!!!) 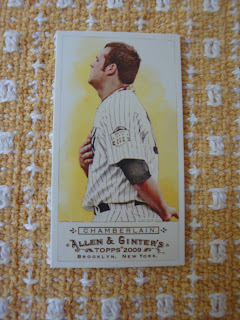 Vladimir Guerrero National Pride: 0 (Nice card, towards the end of a great career!)