Hey guys, Drew back here with a new series, a series only to be used after completing the set. I created a Top 20 Base Card List from the product, and here it is: 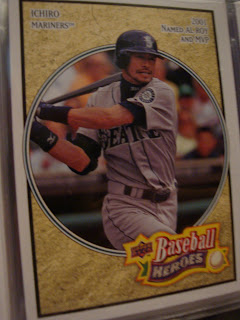 Ichiro, Mariners, Card #152
I've always been a fan of Ichiro's and I really think he will go down as one of the top 3 hitters in baseball history, along with Rose and Cobb. 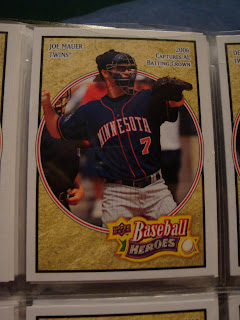 Joe Mauer, Twins, Card #101
I have a great deal of respect for Mr. Mauer. In fact, I voted for him over Jorge Posada in the All Star Game ballot once and I'm known for only voting for Yankees players! 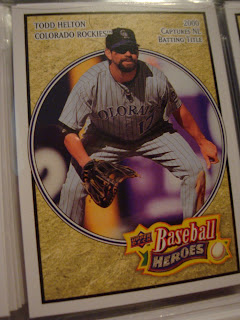 Todd Helton, Rockies, Card #59
You gotta love that beard! Man, Helton has caught extreme fire this year, and its kinda sad to see him not make the All Star team because he is an NL 1st Baseman. Ryan Howard may not even make it, and he has hit 20 home runs this year! 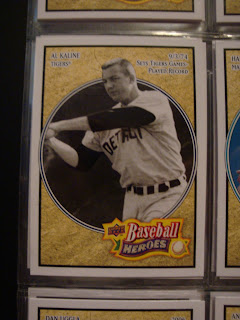 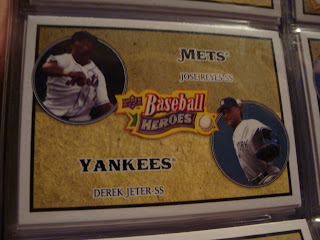 Jose Reyes/Derek Jeter Dual, Mets/Yankees, Card #179
I am a big fan of this card, especially the dude on the bottom. Never been a huge Reyes fan though, that's why its so low.
15: 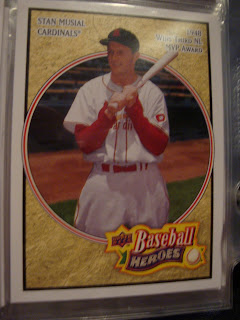 Stan Musial, Cardinals HOF, Card #162
A legend, that didn't play for my team! Stan The Man was definitely one of the men during his time! 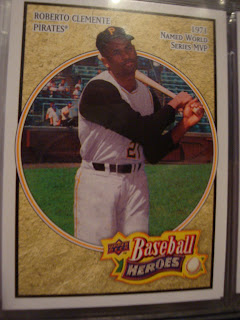 Roberto Clemente, Pirates HOF, Card #143
I always really enjoyed learning about Roberto. He seems like he was a great guy and teammate. RIP my friend, RIP 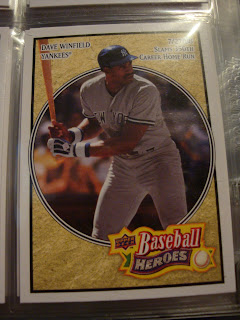 Dave Winfield, Yankees HOF, Card #126
I really like Winfield's picture on the card. It really shows how overpowering and tall he is. Great shot! Also, it was funny when I was watching the Mets vs Yankees Game 3 Pre-Game show on ESPN, Winfield sits next to Peter Gammons, and Dave looked like a giant! 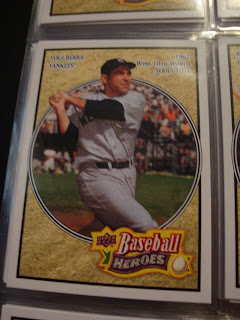 Yogi Berra, Yankees, Card #124 (I think)
This is the complete opposite of the Winfield card. It goes to show how short Yogi is, combined with a very nice home run photo (I'm assuming). 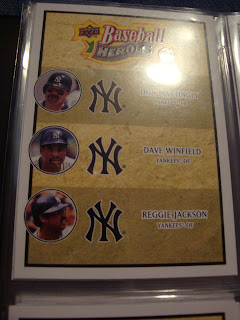 Don Mattingly/Dave Winfield/Reggie Jackson Triple, Yankees, Card #190
This is a really cool card. I really like all 3 of the players, and they all wore the pinstripes nicely.

By the way, if anybody can think of a decent name to call these Top 20 Countdowns let me know please. I'm terrible with naming things.
Posted by Drew at 8:07 PM