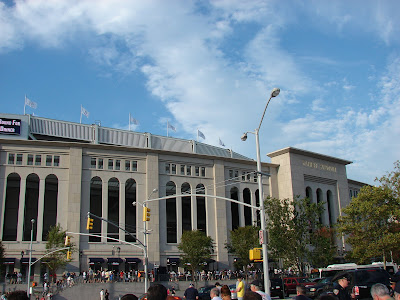 Hey everyone, Drew back here, today with highlights of what I did last night. It was the second Yankees game I went to this year, and the first night game in my life! I went with my Grandpa Walt, Uncle Scott, and cousin Jayen, and we had a very fun time! We took the convenient train down to the stadium and got to the stadium an hour before game time. We got some food, I got the Philly Cheesesteak, which was great, and then it was game time! Here are some of the many pictures I took: 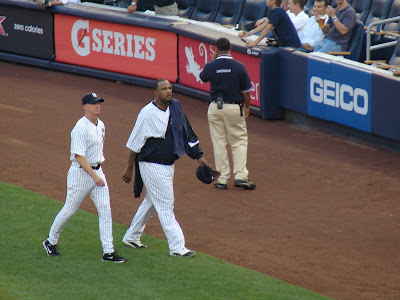 We had the pleasure of watching CC Sabathia and Justin Verlander face off, an incredible pitching matchup! 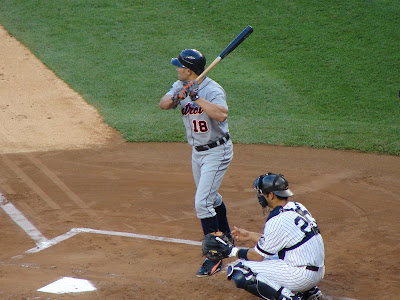 Johnny Damon, who actually got a big hand and I was one of many who clapped for him. I've grown to like Damon, ever since he got that Caveman junk off his face and went to NY. 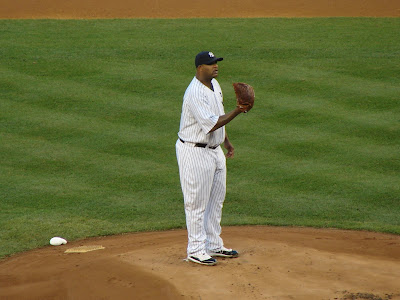 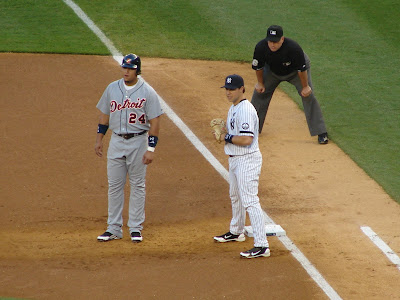 Two of the top first basemen in the AL, Mark Teixeira and Miguel Cabrera! 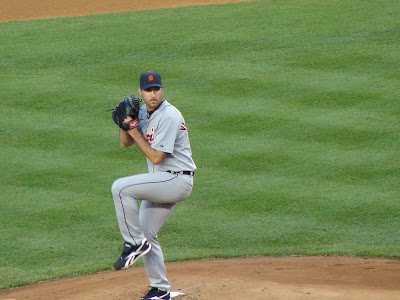 Justin Verlander took the mound for Detroit, and got hit pretty hard by the Bombers, who were lacking offense the past few days. Verlander got the loss, going 5 innings, giving up 3 runs and striking out 5. He threw a ton of pitches, over 100 by the 5th inning, which is the main reason he was taken out. 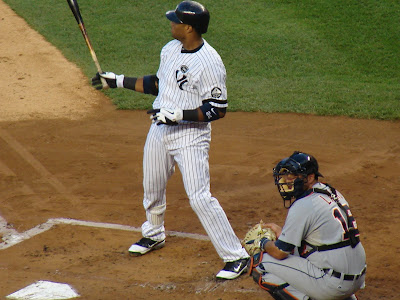 Here's my boy Robinson Cano, who had a nice home run later in the game, looking all cool as he walked up to the plate. He is a really fun young player to watch and he has a ton of potential to be even better than he is now. 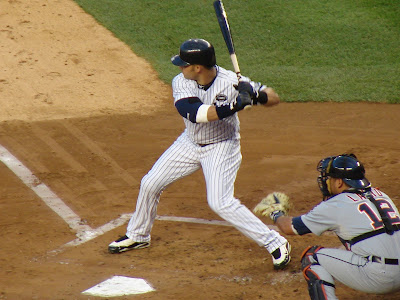 And what would a drewscards post be like without mentioning Nick Swisher? Nick went 1-3 with a 2 RBI single! I really like this picture, looks pretty cool. 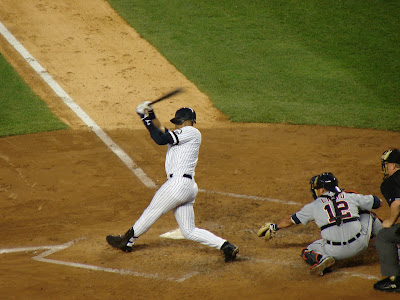 Jeter went 1 for 3 with 2 walks and a nice RBI single. This is a pretty cool one too. 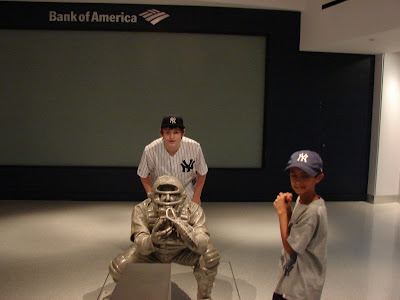 As you can see, we stopped in the museum a little into the game. The museum again is really nice, I enjoyed going again even though I already saw it. Everybody liked it and it only took us a good 20 minutes or so to go through. 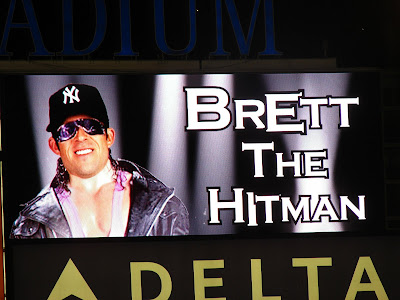 Apparently, Brett Gardner has a new nickname, and I really really hope that John Sterling didn't make it up because I can't stand him. "Swishalicious", "Sending a Tex Message", and "Fat Elvis has Left the Building" are HORRIBLE phrases. Don't forget "El Capitan" and "Robbie Cano, Don'tcha know!". Know what? Nothing? I don't really know. Anyway, this was pretty funny, Gardner had a nice game too, with a double on a blooper into the outfield that most would only have gotten a single on. 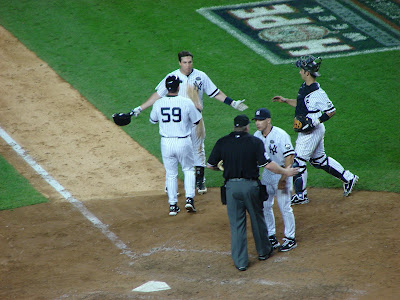 Best picture of the day. It didn't get any worse, and nobody was tossed, but it was cool to see a nice argument! 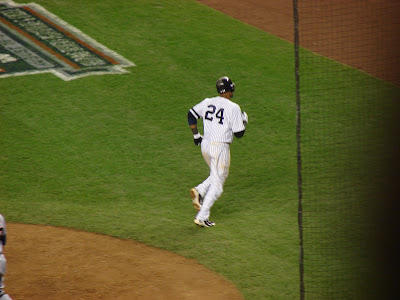 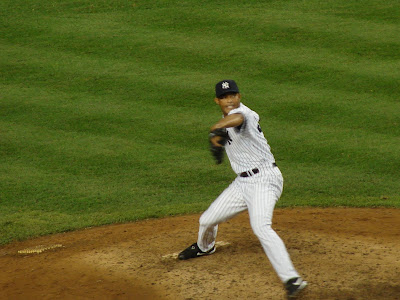 Mariano came in to pitch in the top of the 9th inning, even though it wasn't a save situation. He nailed down the game and the Yankees won 6-2! 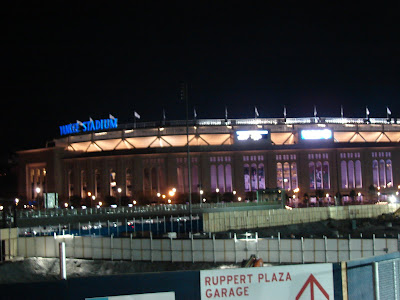 The Stadium looks amazing at night, and it was really cool to get to see them at night for the first time in the 10 or so times I've been down. We had a great time, even without A-Rod or newly acquired Lance Berkman in the lineup, we saw CC Sabathia pitch well, some home runs, and a little argument!

What do you guys like more? Day games or Night Games? See Ya! 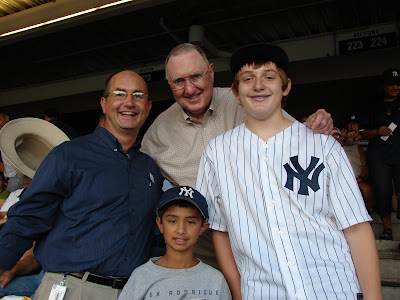