Hey guys, Drew back here. I've been pretty busy lately, but I'm back, with Part 4 of the show recap, the one where dad buys everything in. Take a look!

So, while I bought my things and waited in line, dad bought quite a bit of stuff. He requested a copy of my wantlist and really helped do some damage to it. Check out his set list attack: 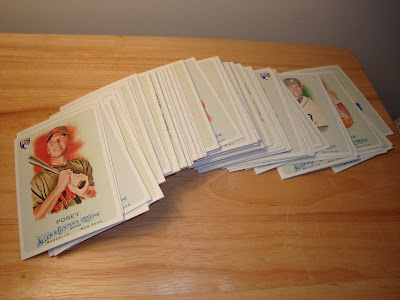 First of all, the rest of the 2010 Allen & Ginter set, except 1 card. He accidentally missed card #75, so we need that. This isn't all though, I'm expecting a few more needed cards in some trades coming up. But, yeah, a ton of the cards I needed for Allen & Ginter, which isn't as nice as 2009 but is still great nonetheless. 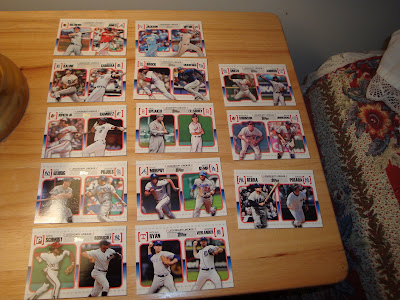 Also, he knocked off a majority of the 2010 Topps Series 2 Legendary Lineage cards. I really like the looks of these, and they look awesome side by side. 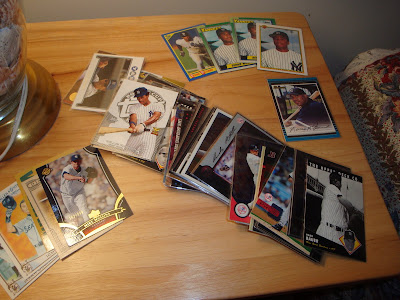 Also, he raided the .10 cent bin, and found a nice lot of Yankees goodies, including 4 Bernie Williams rookies, and a Marcus Thames rookie, which I needed for my Yankees rookie card collection. Nice! 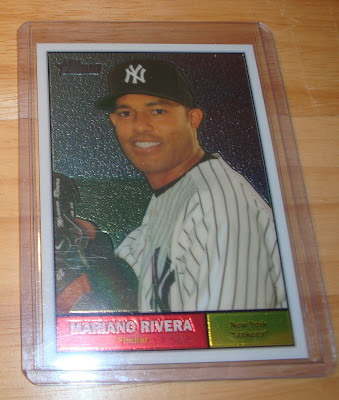 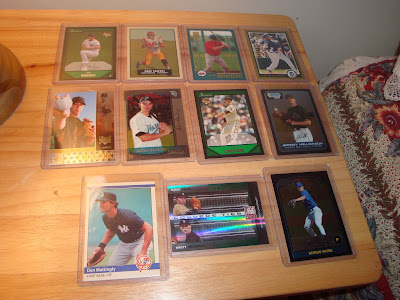 A really sweet lot! My favorite is the Hellickson, then probably the Rookie Edition Lincecum, but they're all awesome.

Then onto some hits! 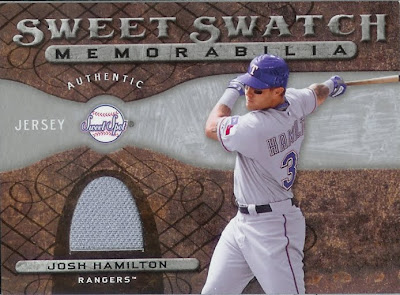 2009 Sweet Spot Josh Hamilton Jersey
Josh Hamilton has evolved into one of my favorite players in baseball, because I like how he got through all his troubles and became an MVP candidate this year. I loved his display at the Home Run Derby a few years ago, oh, and did I mention he was on the Renegades, my minor league team? I may start a small collection of Josh, so be on the lookout for a future announcement regarding that. 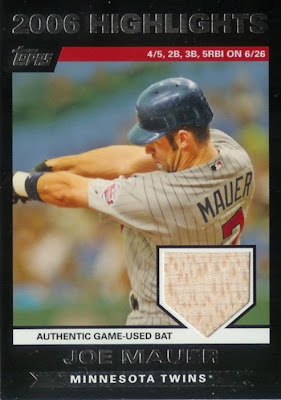 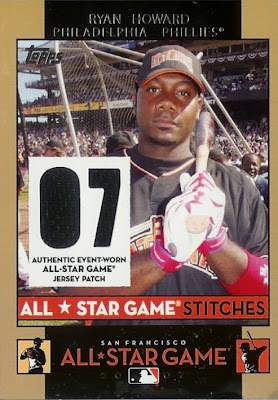 2007 Topps Ryan Howard All Star Jersey
ANOTHER one of my favorite non-Yankees, Ryan Howard. Ryan has had a nice little career so far and I really like this card. Except it says patch for the whole set, which isn't right. Plus, black jerseys are cooler than white/gray jerseys, more unique. 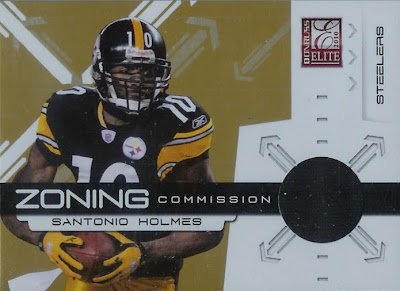 2010 Donruss Elite Santonio Holmes Jersey /135
Another awesome card, haven't gotten much 2010 football cards yet, so this is a nice start. Also, it's a black jersey again, which is awesome too, and it's numbered relatively low. Santonio is gonna be a monster once he gets out of his 4 game suspension, and the Jets are going to need him down the stretch. 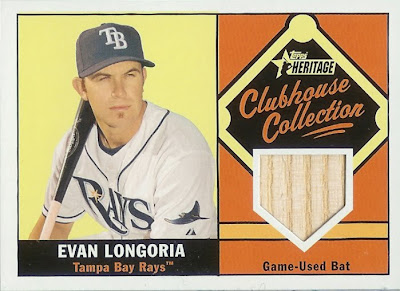 2010 Topps Heritage Evan Longoria Bat Relic
Look who decided to show up again? It's Mr. Longoria and he found his hat it looks like, which is good. Here's a nice little sliver of his bat for you, a very nice card indeed. I like these relics, even though this is probably one of the top 3 cards in the set, which isn't really impressive. 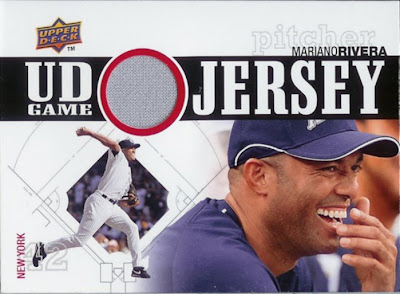 2010 Upper Deck Mariano Rivera Jersey Relic
This is a card I've bookmarked before, because it's so nice! And now it's mine, honestly, I think it may be my 1st Mariano Rivera jersey card, which is kinda unimpressive. Mariano is a legend, and I really really like him, he seems like he could be any man's best friend. And 500+ saves? 1st ballot Hall of Famer all the way. Cool Card! 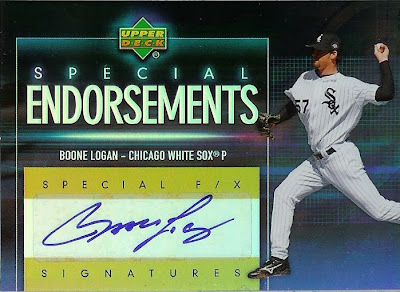 2006 UD Future Stars Boone Logan Auto
Well, Boone has emerged as a top reliever for the Yankees this year, after starting off slow. He came back however, and replaced Marte as the left handed specialist. It's nice to have his auto, and it's a RC auto so I guess I can count it in the RC PC too. 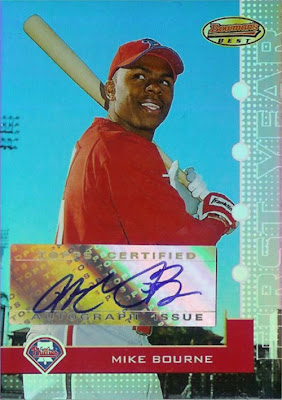 2005 Bowman's Best Michael Bourn RC Auto /974
This guy is becoming a pretty good player, and I like him. He steals a lot of bases, doesn't do much else, but he's fast, and I like speed a lot. No, not the drug, fastness, running hard, that stuff. 44 steals so far, nice!