Hey guys, Drew back here. This is the final part of our White Plains Card Show Recap, and it's a box review. I told my dad how much I enjoyed opening that recent box of 2008 Legendary Cuts, and wouldn't you know, he went out and bought another to bust that night! We did, and it was a very interesting box. Check it out:

So, I won't do the product content, just know 12 packs per box, with 4 cards per pack. 6 YSL cards and 4 game used with the chance of a cut auto. Let's see how I did! 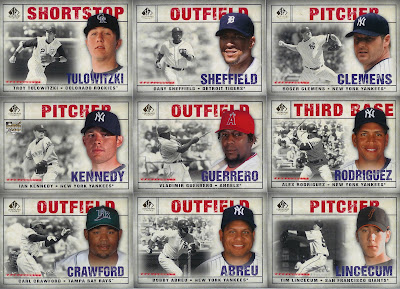 Base Set: 43/100
I still love this base set, and most of these I think I didn't have, which was great! I'm definitely going to finish off this set sometime, and I'll have a wantlist up soon for it. They definitely will look great side by side. 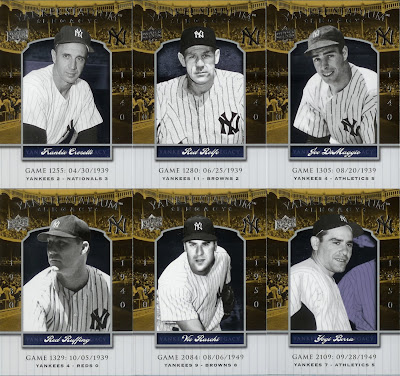 Yankee Stadium Legacies: 6/a lot
I'm so bored of this set now, even if they're all Yankees. The DiMaggio and Yogi ones are pretty nice though. I think I have close to 150 of these now, not including the blue border 100 card special set that features the same design except a blue color instead of the yellowish-goldish color. 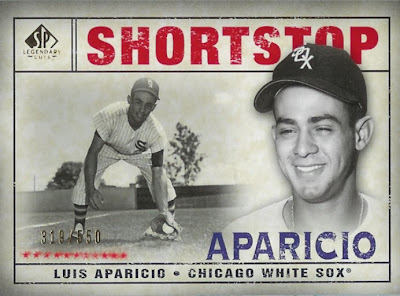 Base Parallel: 1/100 (#162, Luis Aparicio)
Better than the first box that had Andrew Jackson, but this is for trade too. 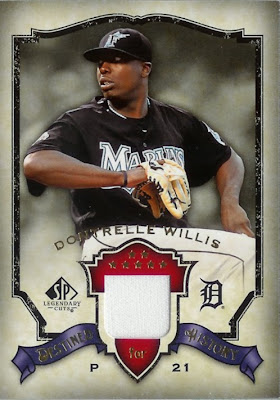 Destined for History Game Used: 1 (Dontrelle Willis)
My favorite moment of this box hasn't arrived yet. When this card leaves my house! Jeez, a pretty stinky hit to say the least. It's for trade, wicked??? I know you must have at least 10 of these but, wanna take it off my hands? 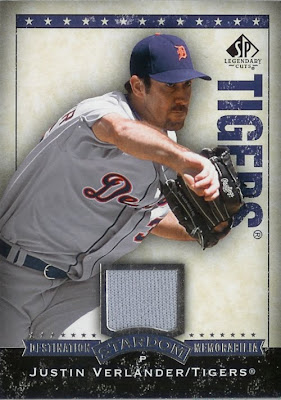 Destination Stardom Memorabilia: 1 (Justin Verlander)
Nice, a fantasy starter of mine. I like Justin Verlander, got to see him pitch live this year which was cool. I definitely need to find an auto of his. Currently I can trade this but only for something I'd want more. 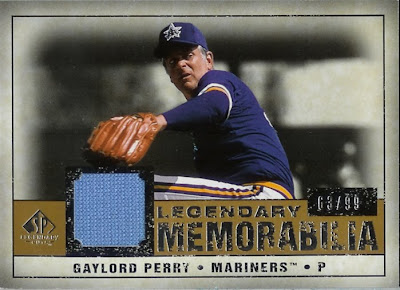 Legendary Memorabilia: 1 (Gaylord Perry /99)
Not bad I guess, nothing compared to the Clemente from the last box, but it'll do. I like the baby blue swatch color though, that was nice. If it was white, I would be disappointed. But Perry was good. 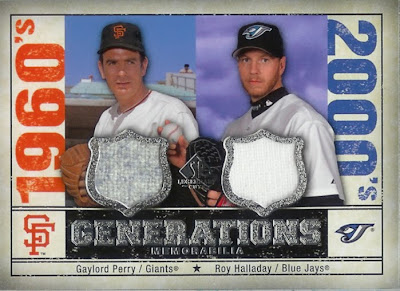 Generations Memorabilia: 1 (Gaylord Perry/Roy Halladay)
WHAT THE HECK?!?! A Gaylord Perry hot box? Well, they're both nice cards anyway, love wool swatches, and Halladay is great too, so this isn't for trade, but wow, two Gaylord Perrys. Didn't see that coming.

Overall, not a bad box, Gaylord Perry is a lower tier Hall of Famer, but the cards are nice anyway and I'll probably hang on to them. You can't beat the 1/1, Clemente, and Mattingly/Heltons from the first box that easy. Looks like we may have to try again sometime!

Leave your thoughts in the comments below. That will do it for the show recap, I had a great time and I can't wait to go back soon! Mike might have a guest commentary post or two coming up about the show so stay tuned for that. See Ya!
Posted by Drew at 11:26 AM