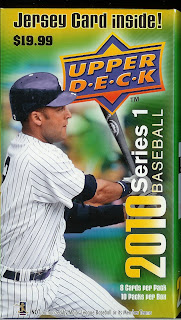 Hey guys, Drew back here, I opened a blaster of Upper Deck on Valentines Day, but Upper Deck appeared to show me no love or affection, here is a recap, with a reason why: 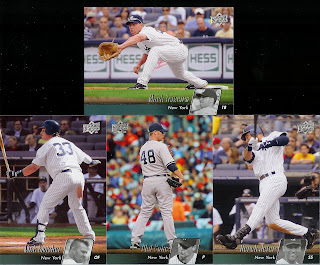 4 Yankees
We'll start this recap with great and end it with ugly. I have 2 Swishers now which is cool, and the Jeter is awesome looking, one of my favorites of him I must say. The Phil Coke is ok, it doesn't say anything about him being traded to the Tigers though, but it's nice to see him where he belongs. Lastly, a great shot of Teixeira, he's gonna have another big year I hope! 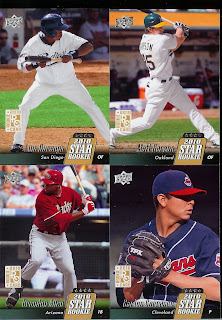 4 "Star" Rookies
Well, since Upper Deck doesn't have a license, the new rookie card logo needed to be created, and it is REALLY ugly. And, if anyone knows who these "stars" are please let me know. Thanks 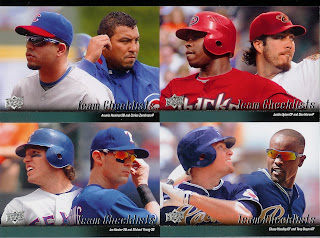 4 Checklists
This pictures are ok, but from what I assume, they're probably the same pictures as the profile mugshot on the bottom of their base card. Is that Tony Gwynn? Well, I guess Upper Deck wants to fool collectors by not putting the "Jr." at the end of it.

3 Ballparks
I actually am a fan of these cards, see post below this for more additional info. The Yankee Stadium card is a favorite here, and I think they did ok showcasing the ballparks. 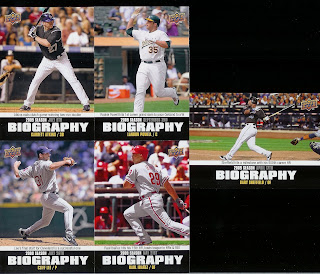 5 Biography Inserts
Design: D, Highlights: B, Photography: B+. Kinda boring unless you pull an interesting one, similar to Topps' History of the Game inserts. The Sheffield is my favorite probably, I like the horizontal photo. 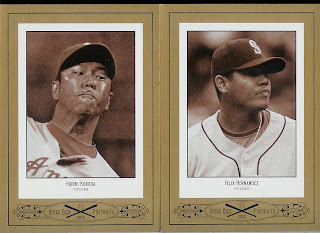 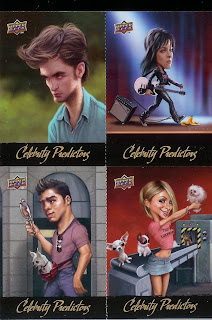 2 Celebrity Predictors Inserts
This subset has it's ups and downs, I like the concept and theme, but I hate the perforated thing in between the 2 pictures and how it doesn't show the name. Many will argue these shouldn't be in here period, but there are a few funny ones, so I don't mind. 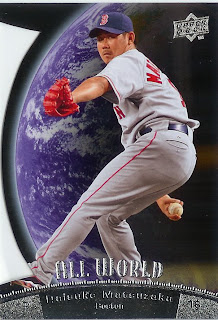 1 All World
One of my favorites from this set again, just, the things on the top and bottom left corners are odd. 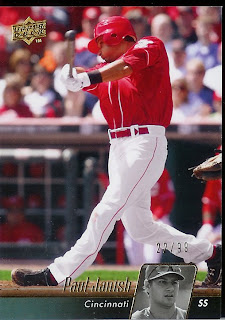 1 Gold Card
No idea why, but these cards sell for a high price on the secondary market. I have NO idea who Paul Janish is, nor do I care. But I know someone who might...

AND THE BIG OVERPRICED AMAZING HIT IS....... 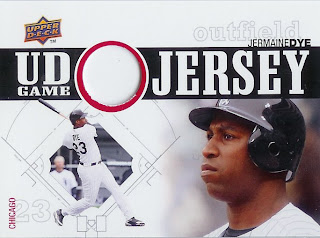 Take a look at this card for a second, let me zoom it in:

This card really annoys me, and I contacted Upper Deck, I hope I can get something cool in return. And that concludes another installment of why Topps is better than Upper Deck. Good night everybody
Posted by Drew at 5:35 PM