Hey guys, Drew back here. So, if you've read last nights post about the cards I got from Craigslist, you'd know that already we did pretty well with the inheritance of a man's collection. A lot of older sets and inserts and stuff made for some pretty cool pickups. However, that wasn't everything. Not even close. But before we get to the great stuff, we dig manage to dig up a few autographs! 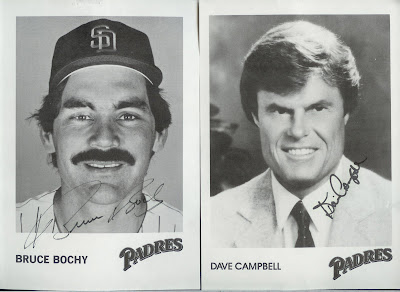 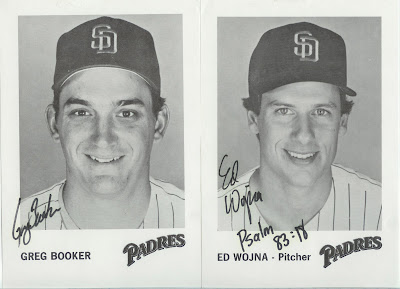 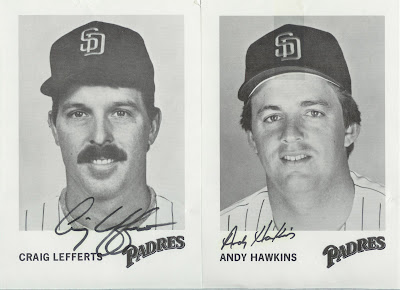 First are these 6 Padres autographed pictures of Craig Lefferts, Andy Hawkins, Greg Booker, Ed Wojna, Dave Campbell, and 2010 World Series Champion Manager Bruce Bochy! I'm not all that sure how or why this guy got all these Padres autos, but my best ideas were maybe they were in a fan pack or he went to a Padres game in person and got them signed. They're definitely real though. My favorite is obviously Bochy but they're all pretty cool. 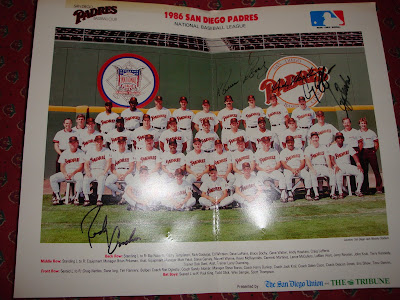 This Padres team picture also has many of the signatures shown on the photos above, from what I see, Bruce Bochy, Andy Hawkins, Craig Lefferts, and Greg Booker are left to right in the top right corner of the photo. I'm not too sure who the auto is of in the bottom left corner, because the first letter is obviously an R, and the only players on the team that's names start with an R are Rich "Goose" Gossage and bullpen coach Ron Oglesby. If any of you have any idea whose auto that is, please let me know! 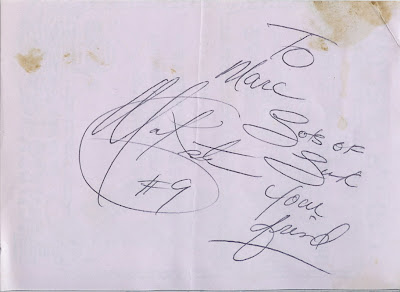 Also I dug out this menu from a "Pioneer" restaurant, signed by someone, inscribed "To Marc, Lots of Luck, Your Friend, _____". I have absolutely no idea who this is, so any help again would be much appreciated. Pretty cool though, minus the old food stains. 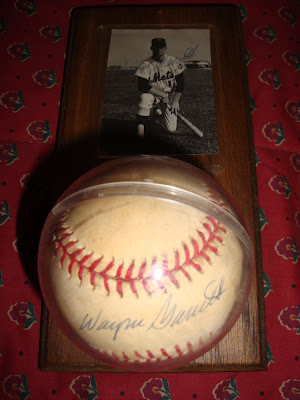 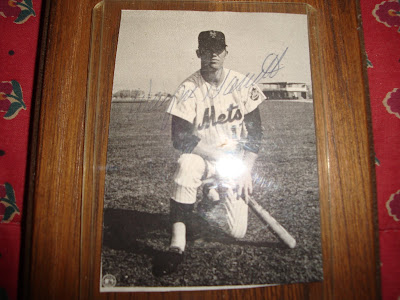 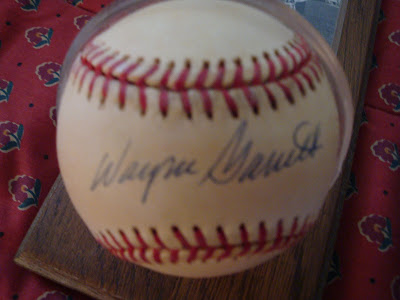 Next was this plaque with 2 signatures from former Mets 2nd/3rd baseman Wayne Garrett! Garrett was a member of the 1969 Mets World Series Championship team, and also hit 2 home runs in that series. He was never an outstanding player but I must say this autographed baseball looks great. Unfortunately, instead of getting a card to go along with it, it looks like the guy printed a picture of Garrett and got it signed, and it doesn't look too fantastic. The plaque is also in really bad shape, so I might just take the pieces out and put the ball in a cube. 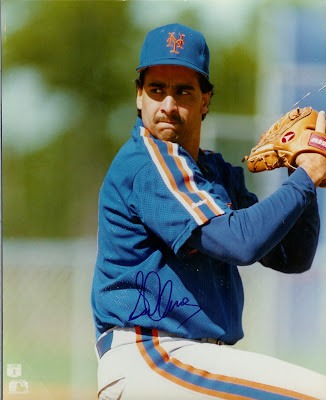 The final autograph we dug up was this Sid Fernandez signed 8x10 picture! I could've met Sid last summer for a ridiculous $35, but I passed on him due to that high price. Fernandez was a pretty good pitcher back in the 1980's for the Mets, and was a member of the 1986 World Series championship team. He was also a 2 time All Star, and had a career ERA of 3.36. I would now like to assume that the guy was a Yankees and Mets fan, because of the Mattingly binder and these Mets pieces. A New Yorker.

None of these pieces are authenticated, but I would assume most if not all are real because they were part of the guys collection. Also, with all the local card shows, I'm sure he went to them and met some of those guys. These are pretty nice, but the best is yet to come. 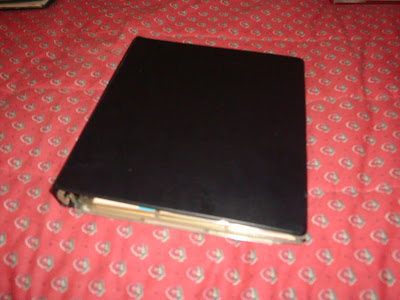