Hey guys, Drew back here. A few nights ago, I was talking to my buddy William about my new autographs from my dad, the Jim Palmer and Duke Snider ones. He said I should consider doing the set, so I checked eBay to see who else was in the set. I had a few already, and oddly enough, those 2 plus the 2 I just got were the only cards to be found! And after checking Beckett, Check Out My Cards, it seems that I have completed the 1994 Nabisco Legends Autograph Set! 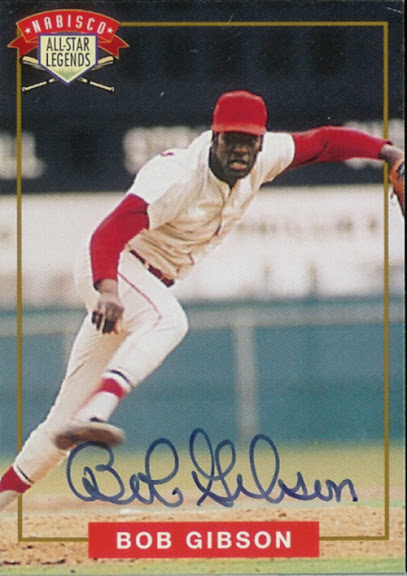 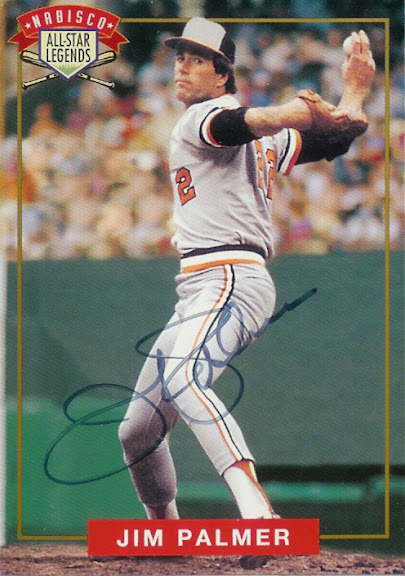 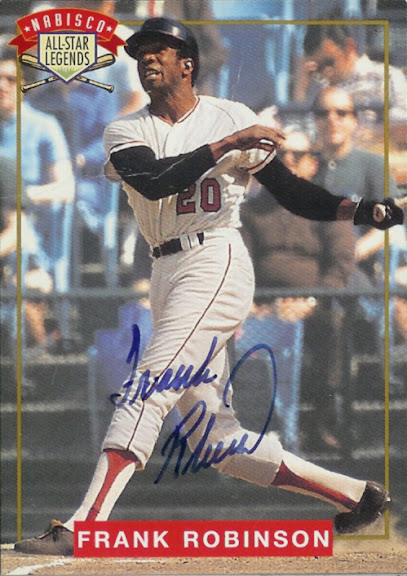 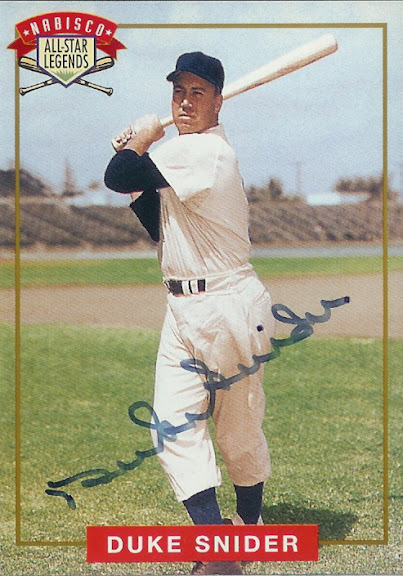 So, in this set, there are 4 cards, all autographed by Hall of Famers. They include mini seperate certificates of authenticity and are one of the first autographed sets produced. 1993 was the 1st year Nabisco did these, and I have the Catfish Hunter autograph from that set. As far as these players go, you can't get a whole lot better than them! Bob Gibson was one of the most feared pitchers of the 60's, and his 1.12 ERA in 1968 is a Major League record! Jim Palmer won 268 games for the Orioles, and was one of the top 70's pitchers. Frank Robinson hit 586 home runs over 21 seasons for the Reds, Orioles, Dodgers, Angels, and Indians, coming close to 3,000 hits. And Duke Snider was one of the greatest center fielders of all time! Combined between the 4 players are 37 All Star appearances and 9 World Series championships! Wow!

Dad got me all 4 cards at some points, from the same sellers, and boy is that a nice set to have or what? Next up is 1993 Nabisco, let's do it!