Hey guys, Drew back here. One of my bigger Christmas gifts was a box of 2010 Topps Update Jumbo Baseball. The reason I asked to get this box was simple, to finish off the complete 990 card Topps base set. I also would love to collect the inserts like I did in Series 1, but that would be very difficult especially considering the small amount of time I do have in the hobby right now. So for now the base set was the main focus, and if time comes around maybe in the future I'll try the inserts more, specifically Vintage Legends and Turkey Reds. So, lets see how I did, but first the product information!

Well, there's an awful lot of stuff to see, so we better get started. Here we go! 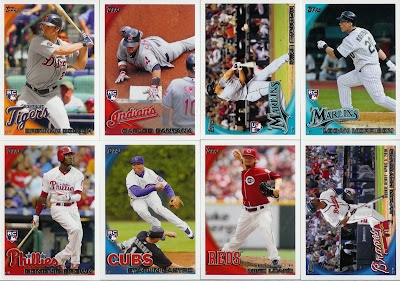 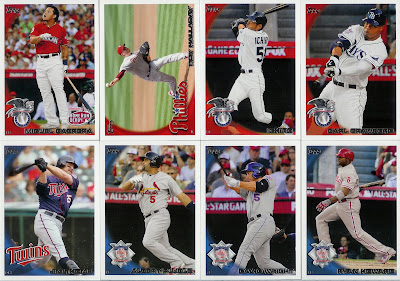 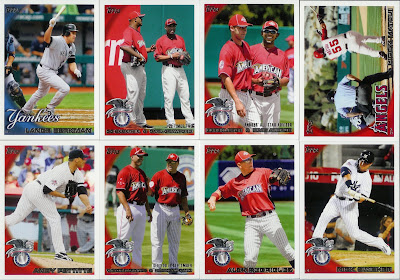 Well, I did awful. 203 cards out of 330, which means I'm missing 127 cards! What the heck? So the cards look nice as they did in the past 2 series, and the All Star cards are fairly nice too. There are a lot of nice photos in this set, especially seen on the Matsui, Halladay, and Carlos Santana cards in the scans above. 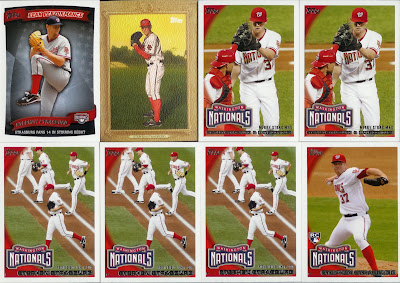 Ok Topps, Operation Strasburg Overload is OVER. This guy was a big hit in the hobby, and all his cards were valuable, up until the injury. 9 out of 10 collectors knew that, if we gave it a little time, Topps was gonna ruin all of the fun, and guess what, they did. I really like his base rookie and Turkey Red, but when you go out of your way to make a "Merry Strasmas" card then you are most certainly over doing it. 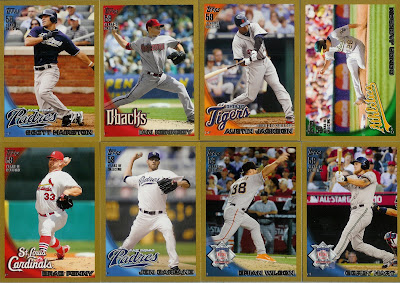 Yawn, these are starting to get really boring, all of them are for trade. 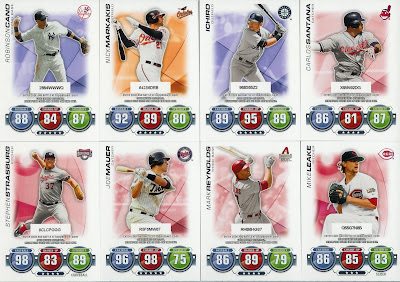 Again, really, they had to extend this series again? ToppsTown and Topps Attax are getting really annoying, and they have no value or use in this hobby other than attracting kids. I like the idea of attracting a young audience to the hobby, but can you leave that in their own respective products? Nobody else wants these. 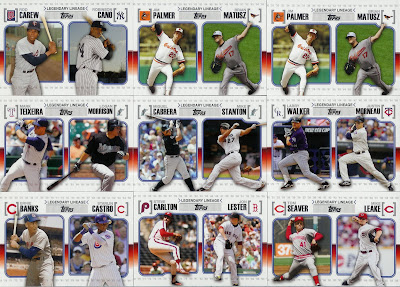 These inserts have been one of my favorites throughout the series, and this time, a lot of the cards feature rookies compared to legends of the past. Of course the stat comparison really throws you off but I think they did a fairly good job at matching the players this time around. Unfortunately, this screwed up box produced 2 doubles out of these 10 cards, meanwhile, 22 other cards were out there still. Wow. At least I got the Cano/Carew card! 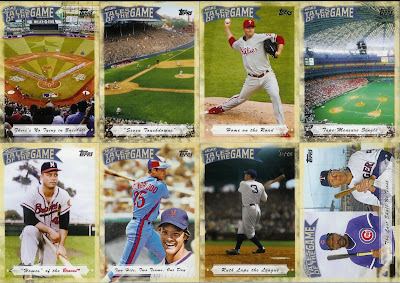 Ugh, even Topps sounded disappointed with the return of this set. MORE Tales of the Game, oh man, could they just come up with new ideas? Out of these cards, the only one I cared about was the Ruth, but thats not even all that exciting. This was a great set in Series 1, but please, Topps, GIVE IT UP! Oh, and guess what, 2 more doubles! 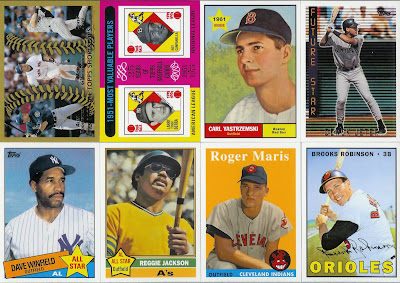 You don't know how SICK of this set I am now! I'm sure I'm speaking for a lot of you at this point. First of all, reprints are lame. Second of all, we don't need 3 reprints for EVERY TOPPS SET PRODUCED! Do I really need 3 2009 Topps reprints? In Series 1, I built this set because 1) I'm insane, and 2) I liked the idea of having a card for each Topps year in order in binder pages, that way I could get to learn the sets better. But this set should've ended after Series 1. Unfortunately, next year, we have to see 60 more reprints on Topps' 60th anniversary, and that won't be fun either.

Cards Your Mom Threw Out Original Back: 1 (Derek Jeter) 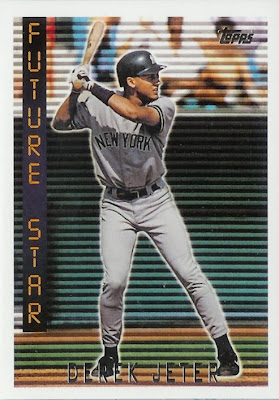 I actually have never seen this card before! Call me crazy, but I've never really gotten a whole lot of mid-90's Topps cards, and I never knew this card existed. Wow, I feel embarrassed now. None the less, its still a stupid reprint but at least it taught me something. 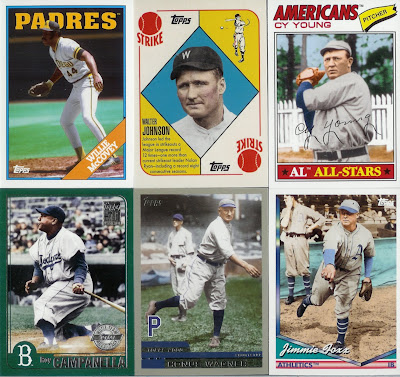 I actually kinda like this insert set. Maybe it's because it's somewhat fresh since it started in Series 2, or maybe because it's actually a pretty nice set. Of course, Topps has done this idea countless amounts of times, but this looks pretty nice I must say. I really like the Honus Wagner and Campanella cards out of this group, and I wouldn't mind trying to get both Series 2 and this set.

The Strasburg card is under his own respective category, but any ways, only 4? Wow, something seems wrong there. This set has gotten extremely boring, and honestly, I'm kind of glad I only got 4 in the box. I like the Stanton and Strasburg cards though. 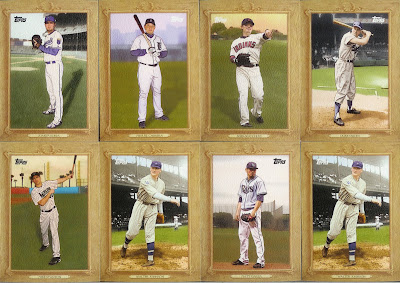 Ah, finally, my favorite insert set, and remarkably, still my favorite insert set. You would think after all this Topps Mumbo Jumbo they've been doing this year, I'd be sick of this set. But of course not, it's Turkey Red! Again, the Strasburg card is above, and it's my favorite one I pulled, over Walter Johnson and Duke Snider by just a little. I also received 2 more doubles (Stanton, W. Johnson). If I had the time, I would love to build this set, and I'll try to pick some singles up eventually, and maybe that could be a possibility. 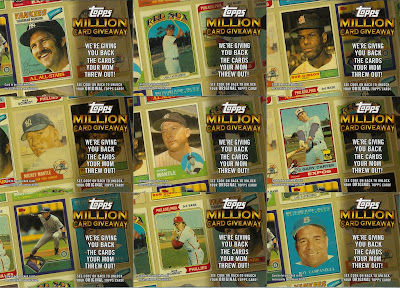 Well, I redeemed all of these, but they got lost in my collection of 33 cards online, so I forget which ones I unlocked from this box. All I remember is that the newest card of the 10 was a 1983 Lou Piniella Yankees card, and a lot of the cards were late 70's. I did really well though! First off, never heard of the guy, and he's a Red Sox, so it's for trade. Second of all, I opened the pack and took out the card, and it was covered in dust! Has anyone else had this problem yet? It was really weird. 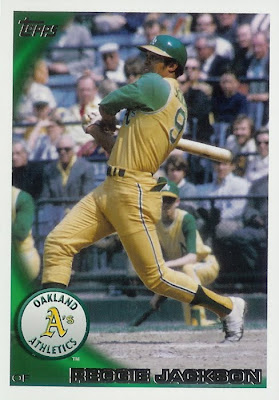 Now we're talking! This card was one of my favorite cards in the box, Yankee uniform or not, I collect him! These SP's are done really well and I've always liked them, it's like a bunch of Vintage Legends cards based off the 2010 design. It has his full career stats on the back and it looks very nice in person! Sweet! 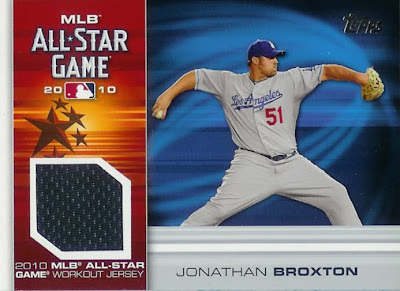 Not too bad, but certainly could've done better. I had Broxton on my fantasy team for all of last year, and while he struggled towards the end, he is a pretty solid closer. But, come on Topps, a workout jersey? What the heck? 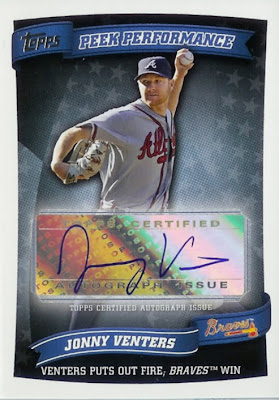 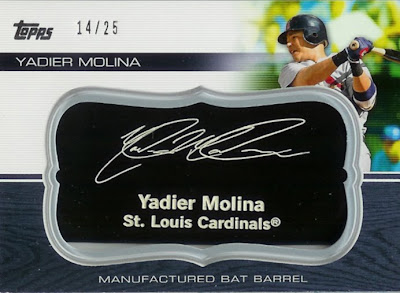 Before I upset myself more, I wanna say that this card is absolutely amazing looking. Sure it's manufactured, but it looks sweet! But.. it's Yadier Molina. Sure, he's not awful, but I mean there are so many big names in the checklist and I get him? Oh man, it was one of those boxes.

I'm just gonna do a quick little overall grading, because this post is really dragging on now haha.

Overall: Well, I'm pretty upset about this box, not because of the poor hits as much as the insert doubles and pulling as many doubles as base cards. Topps really needs to control that, because I may have decided to buy more of this product to collect the inserts had they not jipped me in this box. I really wanna call and complain but I'm sure that won't get me anywhere. Well, I've gotten some more cards from this set, and once I knock them off my checklist, hopefully I'll be closer to freedom! 2010 Topps is a hit or miss product, it's got a nice design, and some very nice cards are in the set, but the dragging on of certain subsets, and damaged cards, does not provide for the top product of the year. Good job Topps, I guess, but certainly not good enough. Overall Grade: C+
Posted by Drew at 10:03 PM