Cubbies from my Dad's Friend 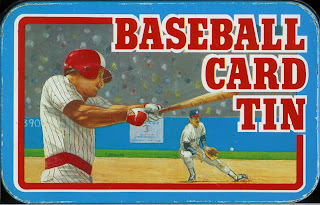 Hey guys, Drew back here. A few days ago, my dad gave me 2 big tins with one containing a ton of cards and the other had some penny sleeves. He got them from a guy that he works with that gave them to me. My dad loves to show off my blog to his friend's at work, shoutout to any of them that may be reading right now, and this was plain awesome. He grew up as a Cubs fan I'm pretty sure, and most of these are Cubs, but I picked out my favorite ones, and here they are: 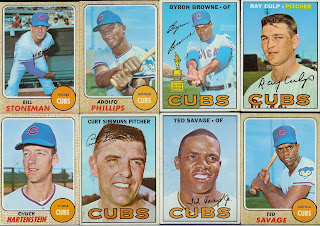 First off, some vintage Cubbies. I don't know these guys but the cards are nice and are in good condition. One is sporting the awesome rookie of the year trophy so that's a nice touch. 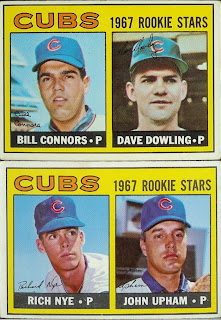 Next are some 1967 Cubs Rookies, none of them that I've heard of, but again, nice condition and nice cards! 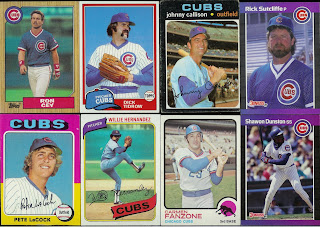 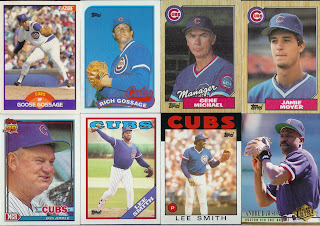 Some very good names here, Goose, Gene "The Stick Michael", Jamie Moyer, Don Zimmer, Lee Smith, and "The Hawk"! I always like seeing cards of Zimmer, I liked him as the Yankees bench coach. And, well, you know I like Goose after that last acquisition especially. I just sent a Through the Mail to Andre so I'm hoping to get back from him. 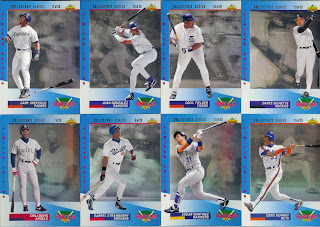 The last highlights of this nice tin, are some 1993 Upper Deck Grand Slam cards. I picked some of the best ones, Sheffield, Juan Gonzalez, Big Daddy Cecil Fielder, Bichette, Chili Davis, D-Straw, Edgar Martinez, and Eddie Murray. These cards are really cool, my 1st card ever actually was pretty similar, I'll have to share it with you sometime.

Wow, I didn't expect these to come in! Thanks so much for the cards if you're reading, I really appreciate it! See Ya!
Posted by Drew at 6:17 PM