Hey guys, Drew back here, with a first of 7 packages between yesterday and today (6 yesterday!!!) , a new record, which includes 1 eBay purchase, 3 trades, a contest loot, and a TTM!!! I guess we'll kick it all off with this cool contest by Pack Addict. He was giving away 6 packs, 3 1994 Star Basketball, and 3 1997 Playbook Footballs. He also told me to pick any 22 cards from his 1992 Action Packed break, which was sweet! Got some sweet stuff, here are my revealed winnings: 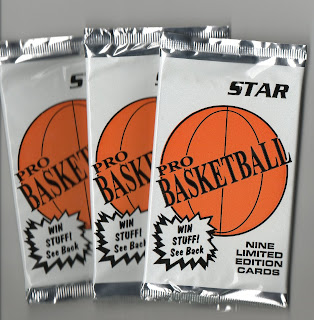 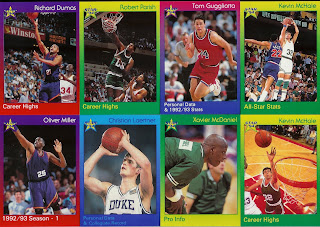 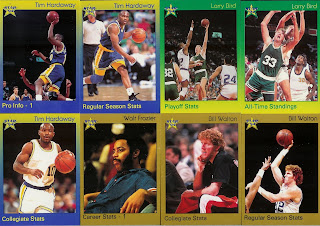 The design isn't anything special but the player selection is great, even though I did get multiple cards of the same players. I have a pathetic selection of basketball cards so getting 2 Bill Waltons, 2 Larry Birds, 2 Kevin McHales, a Walt Frazier, and 3 Tim Hardaways. Sweet. 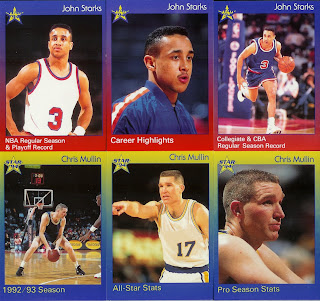 Next, 3 Chris Mullins and 3 John Starks, I like how they used different photos for each card, but on the back they used 1 photo for every card the player has. 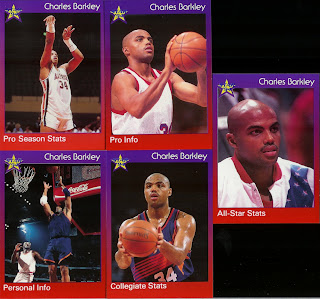 And 5 Charles Barkleys! Many people don't like him in general, I don't mind him, but I hate this. 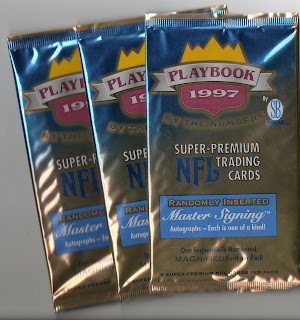 And these packs turned into these: 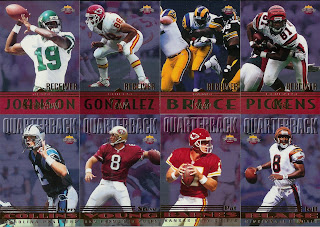 At first, I was really confused with the set. You get a few regular sized cards and a numbered big card per pack. I also realized that the base set is multiple groups of 10, a group for each position. So, for example, I pulled 4 out of 10 Quarterbacks, including a Pat Barnes RC and a Steve Young. There are also 10 wide receiver cards, and I got an Issac Bruce, a Keyshawn for my Jets collection, and a rookie card of one of the greatest, if not the greatest tight end ever, Tony Gonzalez. Pretty cool if you ask me. 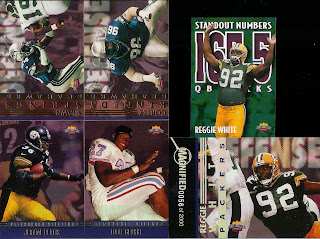 Next are a few cards from the Defense, and Running Back subsets. We got Shawn Springs and Cortez Kennedy for D, and the backs were Bettis and Eddie George. The only insert regular sized card we got was a Reggie White Stand Out Numbers, and it's really nice. Under that is the first of 3 jumbo cards, this one again of Reggie White numbered to 2000. Cool! 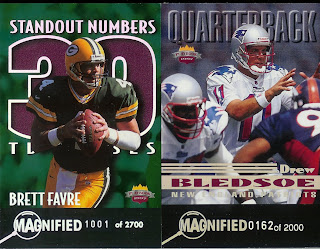 The last 2 "Magnified" cards, as they call them, are of Brett Favre numbered to 2700 and a Drew Bledsoe to 2000. They are the same as regular cards but bigger and numbered. You can pull a regular Quarterback "Magnified", or a running back or whatever. These were pretty cool packs.

Lastly, here are the 22 cards I picked up from his box break of 1992 Action Packed:

Figured I'd start with the 3 guys in this lot that I've met. All 3 guys, Al Oliver, Bill Madlock, and Roy White are really nice guys. I haven't gotten any of these cards before but I have seen them around, they're kind of 3D, parts of the player sticks out. Some look really cool, yet some are a teeny bit scary looking at an angle. 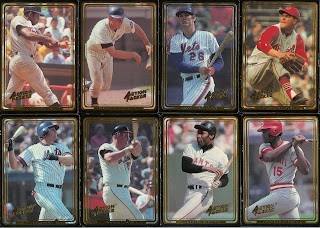 The next 8 I picked were: Tony Oliva (FT), Bud Harrelson (possible future TTM), Dave Kingman (FT), Sam McDowell (FT), Rusty Staub (FT), Boog Powell (FT), Bobby Bonds (might keep), and George Foster (same as Bonds). I really like these cards yet I wanted just a few of them, so I just picked a bunch of stars from the day. 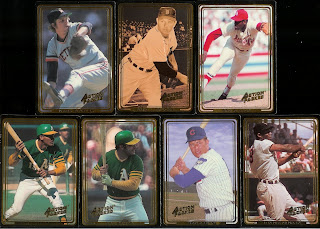 The next 8 are: Mark Fidyrich (R.I.P. not for trade), Virgil Trucks (future TTM possibility), Bob Gibson (I ever tell ya Bob Gibson is a favorite of mine from the old days?), Bert Campaneris (FT), Sal Bando (FT, why is he in 09 Tribute anyway?), Ron Santo (who should be in the Hall), and Minnie Minoso (FT, I know someone who might want it). I don't know why but I really like Bob Gibson. I have a couple Game Used of him plus an on card auto, so I guess he is a favorite.

Rounding out the group are 4 Yankee greats, Moose Skowron, Gil McDougald, Frank Crosetti, and Chris Chambliss. None of these for trade, as they will enter my box of Yankees. My favorite out of this group has gotta be the Skowron, it looks cool in person.

Thanks so much for the contest!!! Please check out Pack Addict, great blog! See Ya!
Posted by Drew at 7:11 PM