A Bunch of Mail, Trying to Catch Up! 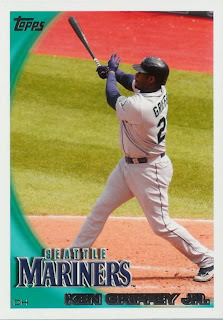 Hey guys, Drew back here. Today, I wanna try to catch up a bit, I have a baseball tryout later, but it's only to divide up teams evenly, and after that I've got a friend staying over, so that'll be cool. Here are 3 quick maildays, check em out! 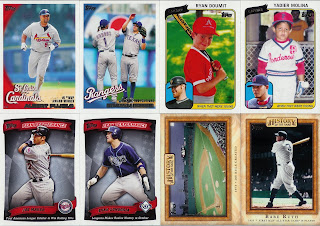 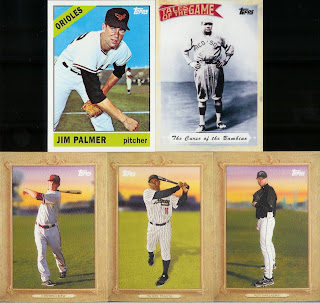 Man I gotta send this guy some stuff back!!! He is really attacking me with awesome new cards, all of these were needed. There were 6 base cards I needed, along with those inserts. I like the Ruths the most, the one of him in a Sox uniform actually has a Yankees logo on the back... sweet. Can anybody cheer Yadier Molina up? Thanks a lot dude! 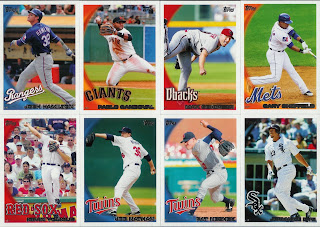 Next we have a nice package from markinca from the Sports Card Forum. He sent me 14 needed base cards from 2010 Topps. So I don't have to go through this trading mess next series, I'll do a jumbo box for Series 2 maybe. There are a couple awesome players in this lot, he sent the Griffey at the top of the post, which is one of my favorites in the entire set so far. Pat Neshek, Joe Nathan, and Pablo Sandoval all sign TTM, Sheffield used to be my favorite player when he was a Yankee, and Hamilton played for a minor league team that I root for, and a field I've played on, so I kinda consider him a local-ish guy. So this is a cool lot, thanks a lot dude! 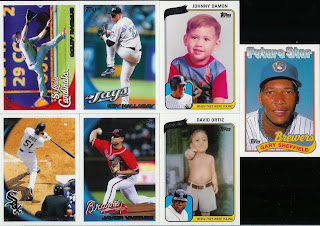 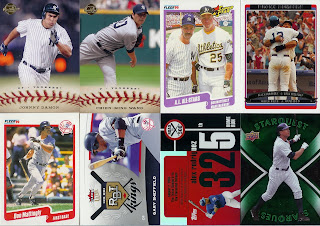 Slangon really hooked me up in this trade, giving me 8 base card needs from 2010 Topps, a few inserts, and he threw in a bunch of extra Yankees. My favorites are the ones on the bottom, I love the 09 Sweet Spot base cards and only have a few, and I needed the Damon and Chien-Ming Wangs so that was cool. I haven't seen that A-Rod/Sheffield 06 Topps card in a long time, and I don't have that either so that's awesome. Someone tell baby David Ortiz to put a shirt on!!! It's cool to see Damon as a baby too, we're gonna miss him in NY this year. Thanks dude!

So thanks to everyone in this post who sent me stuff, as I'm on the verge of catching up! See Ya!
Posted by Drew at 2:09 PM