Hey guys, Drew back here. Over the past few days I've received more signed cards in the mail, and as always, I brought them over to the scanner to share them with you all! Check them out: 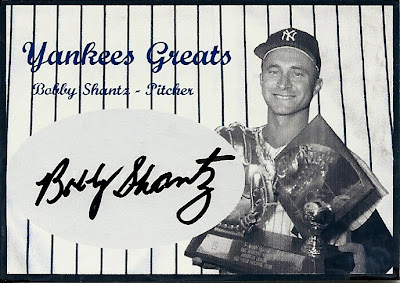 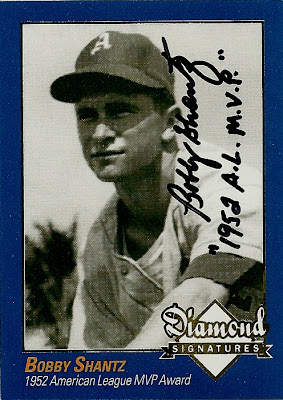 First was former Yankees pitcher Bobby Shantz! If you remember, I recently got back from him just a few weeks ago, but the card he signed was very damaged. So, I sent him another letter, and he seemed happy to sign another custom for me! He also sent me another card, from the 2009 Diamond Signature set. It was inscribed "1952 A.L. MVP" and is an incredible bonus to go along with my card. The custom also looks much better, with only one small spot of damage that isn't too noticeable.
In my previous post concerning Shantz, I wrote a little up about his career. You can check that out here. For the second time, the success only take 5 days, a ridiculously fast turnaround. 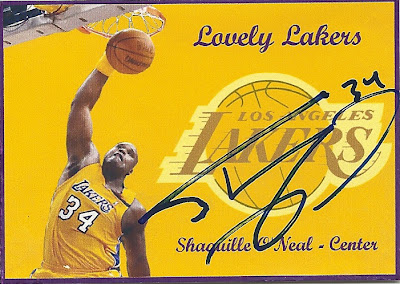 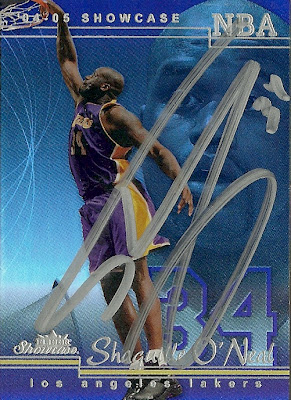 The second success was a sick one! Shaquille O'Neal signed 2 cards for me! Shaq has always been one of my favorite basketball players of all time, even though I don't really follow it too well. The 4 Time NBA champion and 2000 NBA MVP is a sure thing Hall of Famer once his career is all said and done. He's been elected to 15 All Star Games and took home the Game's MVP award 3 times! It's safe to say that Shaq has been the greatest center of the past decade but you can even consider him of the best centers of all time.
Shaq has hit a hot streak in terms of signing autographs for the fans lately, but questions have been rising over the legitimacy that he was the one who actually signed it. I find it all to be rumors, because clearly both of my autographs look different from the other, plus I sent it to his home address while he stayed home on a road trip with an injury. In terms of the autographs, my custom looks pretty cool I have to say, and I'm happy he actually signed it anyway. However, the 04-05 Fleer Showcase card I've had stored away for years looks outstanding signed in silver sharpie! The success took just 7 days, which again is insanely fast, especially for an active player!
All in all I'm pumped to add Shaq to my autograph collection, as well as a replacement from Bobby Shantz! If you're curious in sending a letter to either player and need an address, let me know in the comments or shoot me an email.
See Ya!
Posted by Drew at 1:00 PM