Hey guys, Drew back here. It was a long day, I couldn't log on until now because we went to the mall. I got 12 packs of 2010 Topps, a blaster and 2 hobby, and 1 pack of 206. I'll have those up tonight or tomorrow, probably tomorrow. Pop Popps gave me some cards after I went to Al Hammell pre-season baseball camp, and they were sweet! Here are the highlights, it was a regular size stack but I just scanned the best ones: 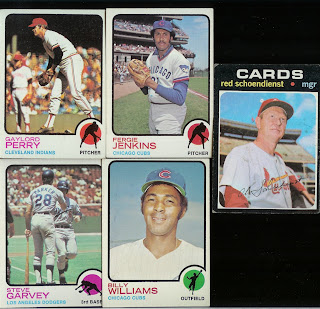 4 Hall of Famers (and Steve Garvey)
I already had the Schoendienst but he's a Hall of Famer so I don't mind. I really like the Billy Williams card for some reason, I don't have much of him. Definitely some cool ones in this bunch. 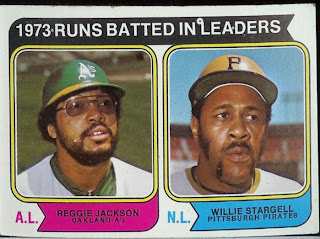 1974 Topps Reggie Jackson/Willie Stargell League Leaders
Boy this is a sweet card! 2 examples of 70's players with awesome facial hair! And 2 excellent players! I never hear anything about Stargell, well, that may be because he passed away. 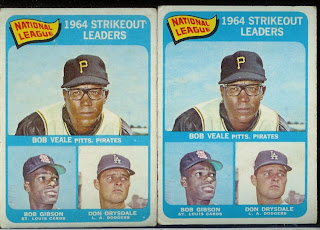 2 1965 Topps Bob Veale/Bob Gibson/Don Drysdale League Leaders
Awesome, my 1st Drysdale vintage card, actually, probably my 1st Drysdale anything! I have a Gibby auto and 2 game used from boxes, and I really like him, because he was so dominant. So overpowerful, which may result in being on a strikeout leader card. Adding Veale is practically a bonus. Lovin this card(s). 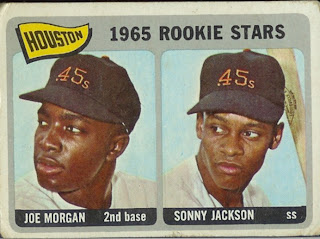 1965 Topps Joe Morgan/Sonny Jackson Rookie Card!
Now we're talking! One of the best cards he's given me, books for 60 but you could get it much cheaper. It's not in great shape but it's awesome to own a Hall of Fame rookie card, even if he is a pretty bad announcer. This is not for trade!