Part 3:
Meeting Former Yankees
So, on the 20th, I met 4 players, 2 former Yankees, and 2 members of Cooperstown. We'll start off with the 2 Yankees, and the first of the 4 that I met that day! 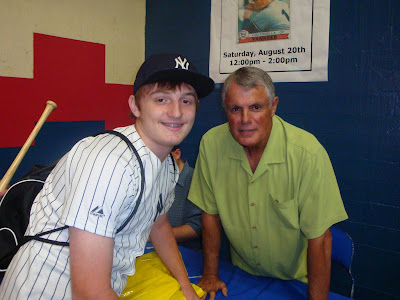 None other than "Sweet Lou", Lou Piniella! Words couldn't describe what I was thinking when I first saw the name Lou Piniella on the autograph guest list prior to the show. He surprised me as being somewhat quiet, but we did a little talking about my custom and how I made it in his honor, etc etc. He was very nice, and I really hope he gets a shot at making the Hall of Fame one day! 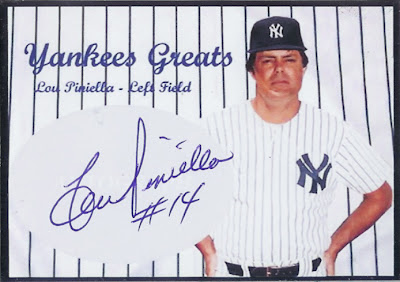 As I mentioned, I got Lou to sign a Yankees Greats custom card I made. This set isn't huge, but I've gotten quite a few former Yankees to sign them now. Piniella won't have a shot at Cooperstown for his playing days, as he was simply just a solid player on a great team (ie: Jayson Werth). His lifetime batting average was .291 but otherwise his stats were just not enough. However, he managed the Yankees following his retirement, as well as the Reds, Mariners, Devil Rays, and most recently, the Cubs. He won in 1990 with the Reds, and even while managing some bad teams, his career managerial record was a little over .500. 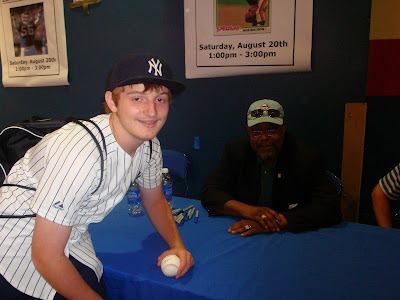 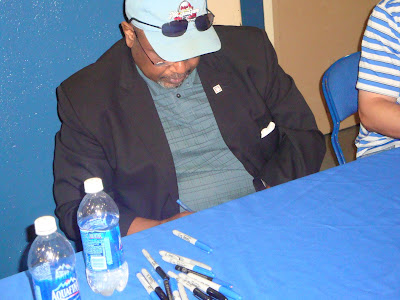 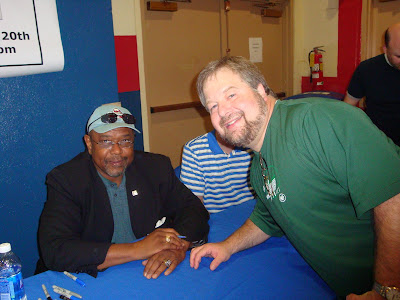 Next, Dad, Mike, and I all met Bob Watson, a former 1st baseman throughout the 1970's and 1980's, for the Astros, Red Sox, Braves, and Yankees. While his stats were very good, maybe even better than Piniella's, Watson was best known as the first African American GM, when he took a job with the Houston Astros following the 1993 season. He went on to become the GM for the Yankees throughout the beginning of their dynasty in the mid-late 90's. Also, a neat note was that Watson scored the 1,000,000th run in baseball history on May 4th, 1975, scoring on a home run by Milt May. 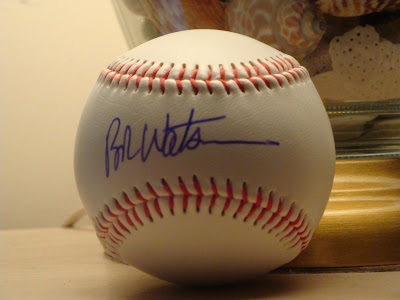 I got a baseball signed by Mr. Watson that day, and I think it came out pretty nice! The ball I used to get signed was cheap, as it was a freebie when you came into the show, so you could use it for autographs. It's made by Steiner, and it's nothing special, but it looks good in person for sure. Watson was again, very quiet, and I didn't have much to say to him, because frankly, I barely knew anything about him when I met him.
See Ya!
Posted by Drew at 12:27 PM