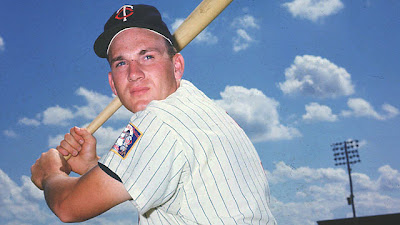 Hey guys, Drew back here. For the past week or so, most baseball fans heard about Harmon Killebrew going into hospice care after battling an incurable esophageal cancer since last December. Just today, Mr. Killebrew has passed away, at the age of 74. Harmon Killebrew was a heck of a hitter back in his days as a member of the Minnesota Twins. "The Killer" killed 573 baseballs in his career for home runs, which now ranks 11th of all time.
Beginning his career in 1954 for the then-Washington Senators, Killebrew struggled out of the get-go, and even had to be called down to the minors for a little while longer. Since he was still very young, he didn't let the tough start in the majors affect him, until 1958 when he was called up to become the Senators starting 3rd baseman. His first full season in the majors was 1959, where he again struggled early, but heated up extremely well by the All Star break, with 28 home runs at that point to his credit. At this time there were 2 All Star games in a season, and Killebrew started in the 1st and was a reserve on the 2nd team. By the end of the year, his 42 home runs were tied for the American League lead, and the single season record for home runs as a Senator. After battling a nose injury for much of 1960, he still managed to hit 31 home runs in 124 total games. After that year, the Senators were moved to Minnesota, becoming the Twins.

Soon after the move to Minnesota, he was named the team captain, and proved worthy of it by hitting over 40 home runs for 4 straight years, including 48 in 1962 and 49 in 1964! An injury set back Killebrew in 1965, however, they did go on to win the AL Pennant that season. Two more strong seasons followed in 1966 and 1967, but again followed by a serious hamstring injury that hurt him in 1968. Once again, he came back and dominated in 1968, hitting 49 home runs and driving in 140 runs! He won the American League MVP award that year, probably the best season he ever had.

His career began to take a downward spiral after his incredible 1969 season, with the home run totals slowly going down along with hits, RBI, and a batting average that in 1974 was a career low .222. After that season, he was released by Minnesota, and was signed by the Kansas City Royals to a 1 year deal. Playing in 106 games, he hit 14 home runs and drove in 44 runs. After that 1975 season, Killebrew decided to retire.

On Killebrew's accomplishment list is 13 All Star game appearances, an MVP award, over 500 home runs, and an induction into the Hall of Fame in 1984. Not only was he perhaps one of the best sluggers the game has ever seen, but he was also a great man. He broadcasted for several teams including the Twins following his retirement, until some health problems arose. Throughout the late 1980's and early 1990's, he almost passed away due to several surgeries. Many say he was an incredible and quiet gentleman, including former umpire Ron Luciano, who said of "The Killer":

"The Killer was one of the most feared sluggers in baseball history, but he was also one of the nicest people ever to play the game. He was one of the few players who would go out of his way to compliment umpires on a good job, even if their calls went against him. I'd call a tough strike on him and he would turn around and say approvingly, "Good call." And he was the same way in the field. And he never did this to get help on close plays, as some players do. The man hit 573 major league home runs and no umpire ever swung a bat for him." 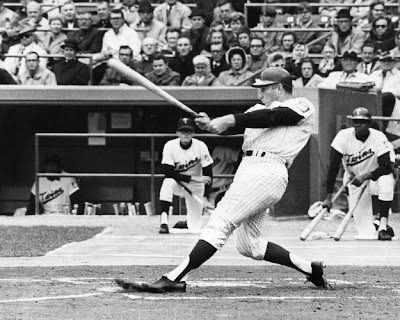 So, rest in peace Mr. Killebrew, you will always be remembered and missed by the baseball world.