Hey guys (and girls, sorry I never write that), Drew back here. I never really wrote about what I feel about Upper Deck losing its license to baseball cards, and now is the time to do just that.

So, Upper Deck was always the company I wanted to order boxes from! I always saw Topps as a terrible box maker. I mean in 2008 the list went on and on with stupid products, like Co-Signers, Finest, and Moments & Milestones. Then you have Bowman, which absolutely sucked last year, and the flagship set itself and Opening Day was horrific. Last year, I loved Upper Deck. Whether its Piece of History or Baseball Heroes, Goudey, Masterpieces, Legendary Cuts, or even Sweet Spot, I was really impressed. The only product I really enjoyed from Topps last year was of course Allen & Ginter, and if I had to pick then who would get the license it would have been Upper Deck.

But this year, we got to see the flip side of both companies. While Donruss disappeared, Topps made arguably their best flagship set during the 2000's, Upper Deck sunk. Their flagship brand was nice I'll admit, but not as good as Topps. Topps' releases all went well (other than Attax, this isn't a little kids paradise any more, please don't consider me in that group) including Finest, Heritage, Series 2, and Allen & Ginter, the best set so far this year by a mile. Upper Deck was lazy this year, got rid of one of the best products they had (Masterpieces), and the ship sank for them. Piece of History was not pretty as it was last year, Spectrum, SPX & X sucked, and they got rid of these cards: 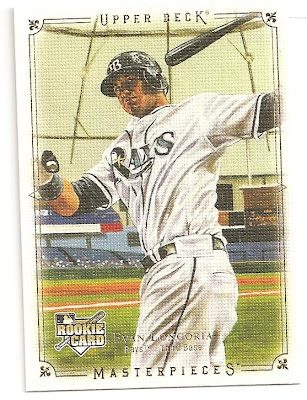 for cards with X's all over them: 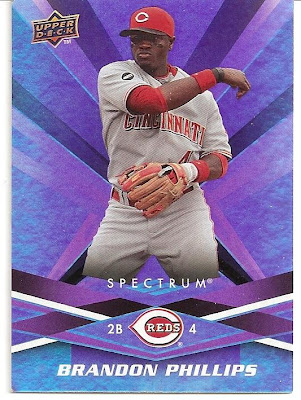 Upper Deck, this isn't a kids thing anymore. I think I'm the only somewhat kid in America that still buys baseball cards religiously. Topps took a good route, giving the adults something more, and throwing the x's and o's of Upper Deck into Topps Attax.

So, my card collecting future will be interesting. One thing Upper Deck needs to stop doing is cutting up legends memorabilia. If they can't put a Yankee logo on Ruth's cap, then why would they cut up his legendary bats and put them into cards. If you want a Babe Ruth bat card from now on, buy the old stuff. Legendary Cuts should include Legends again next year, instead of the usual product scrubs, Brandon Phillips, Aramis Ramirez, Jeff Samardzija, Max Scherzer, Ryan Dempster, Mike Lowell, and Stephen Drew. Who in this world would rather pull an autographed card of Nate McClouth instead of a Hank Aaron autograph? Legendary Cuts needs to be legendary next year, to save the tic-tac-toe company from falling to pieces. Another product that needs to shape up is SPX. I lived as a young boy in the 90's, I have NO IDEA about any of the 90's cards. They are so stinkin' confusing, all the different inserts and stuff, I can't find a place to start. But I have heard from the typing fingers of Mario Alejandro that SPX used to be great. And I want to see that again. Yeah, keep including autos and relics, they are the only shining light to make up the $100 you spend on boxes of cards, but make them look better! Add some more pizzazz to them.

Hopefully UD Goodwin Champions lives up to the hype it has had this year, because if it doesn't and is just another lazy effort from Upper Deck, I'll be sick of them. Topps: A+, UD: D. Case closed. I am out.