Hey guys, Drew back here. You may be a bit puzzled as to why the title contains "Orioles Fanfest Pickup", following "Mail from William", who is an Orioles fan. However, William recently went with his son to this year's Orioles Fanfest to meet many O's stars, past and present. One of the stars there was one I wanted pretty badly for my custom set. I didn't get the custom done in time, but William was still awesome enough to get a card signed for me. He sent it over my way a week or so ago, and it came out awesome! Before we get to that, first here are a few extras he threw in: 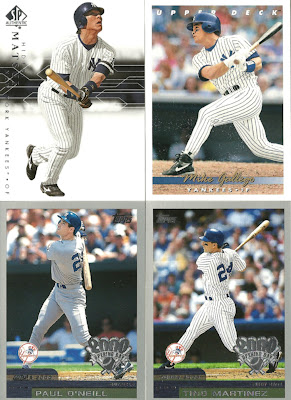 First are just a few mixed Yankees. Besides the Matsui, I don't think I had any of the others. But who knows. My basement is such a mess. 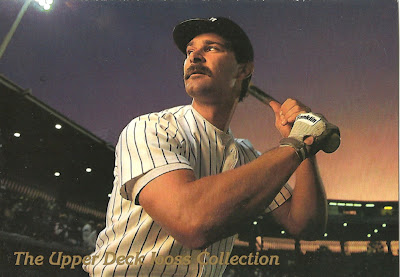 I thought this was pretty sweet. It's a Don Mattingly card from 1992 Upper Deck, part of the "Iooss Collection". Walter Iooss Jr. was a photographer who apparently took all of the photographs for this set. This card is numbered 5673 of 10,000, and features an awesome picture of Donnie Baseball. Definitely needed that one, for sure. 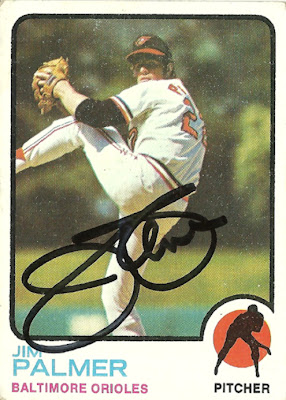 While those were cool, the main piece of the package was this signed 1973 Topps card of Jim Palmer! Like I said, I didn't get my card to him in time to get it signed, but this looks really awesome. He signed it in thick black sharpie, and the card is in pretty decent shape. Palmer was considered one of the, perhaps the best pitcher of the 1970's, winning 3 Cy Young awards and making 6 All Star teams. I already own one autograph of his, from one of those early 90's Nabisco products, but this one is my favorite of the two.

Thanks again William for doing this for me, it really means a lot!