A Look at the Yankees Museum 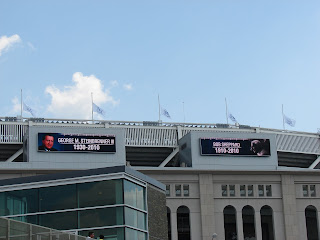 Hey guys, Drew back here, after going to the Yankees game yesterday, I am pretty darn tired. My dad and I had a great time, minus the whole Pettitte injury thing, which completely sucked. I took 340 pictures and took 5 videos. Some may call me crazy :). I just decided this will a two part series, one for the museum and one for the game, and maybe one more for the videos. I have A LOT TO SHARE! 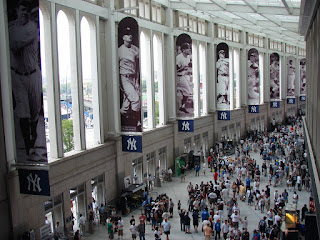 After we got off the train and entered the stadium, we immediately went to the Yankees Museum, which we learned not only had Yankees but also had some of the other original NY team's memorabilia (Giants, Mets, Dodgers). They had all sorts of cool stuff, including a huge wall full of autographed baseballs, a good majority of everyone that played for the Yankees. Here's a few cool pictures from the museum: 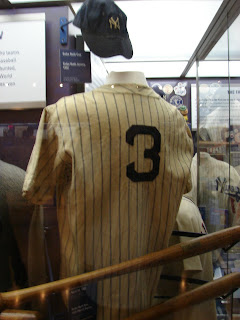 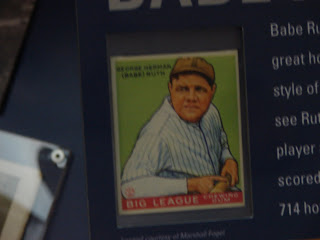 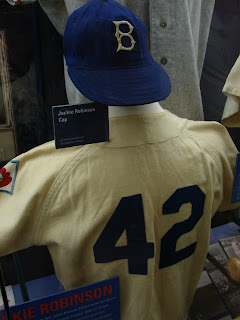 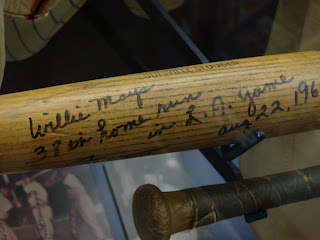 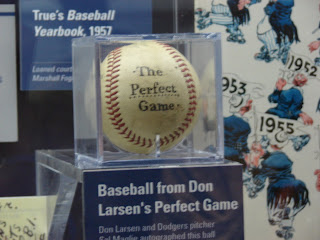 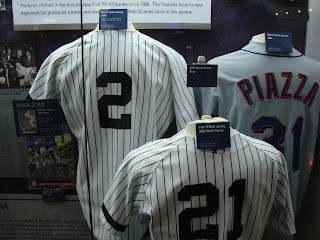 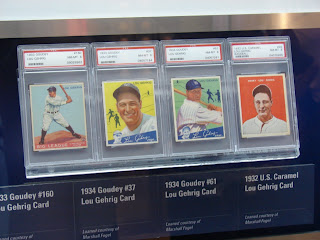 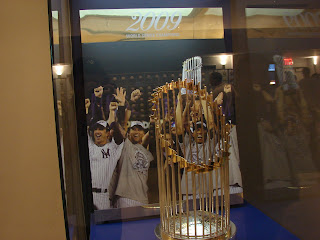 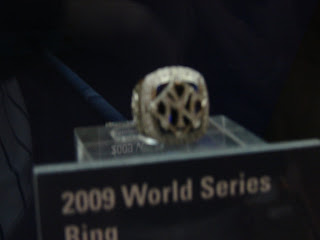 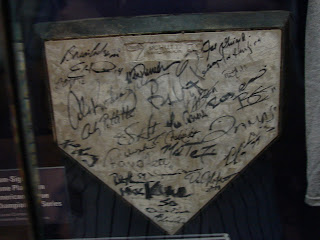 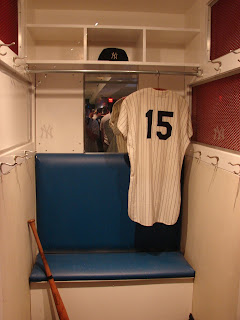 And a few of the autographed baseballs: 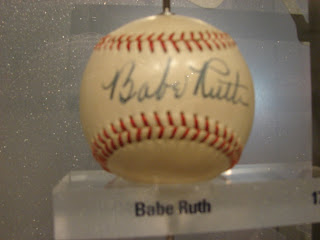 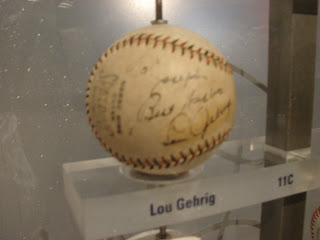 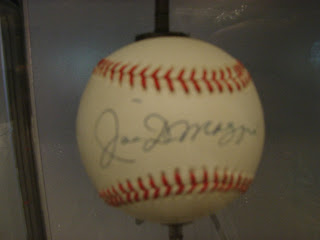 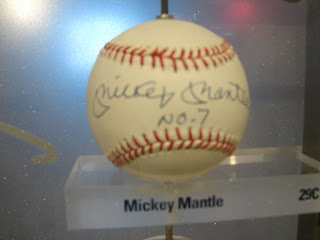 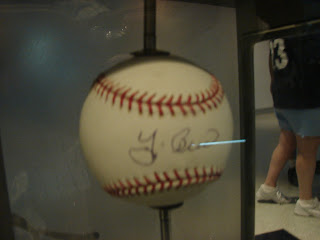 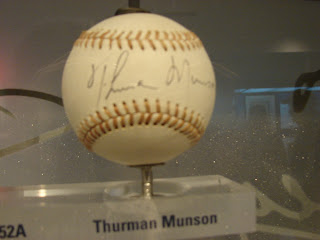 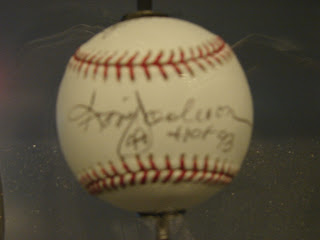 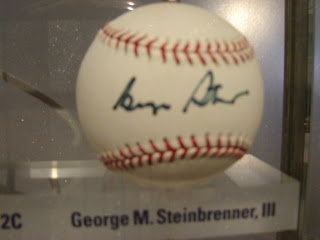 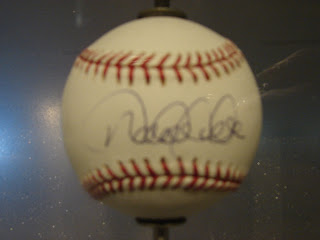 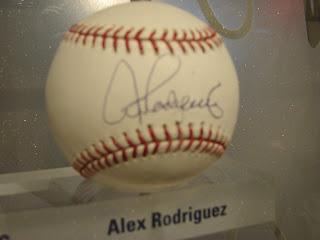 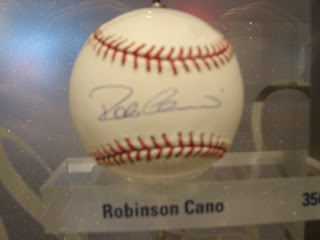 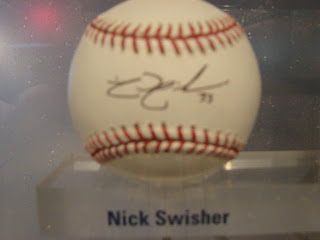 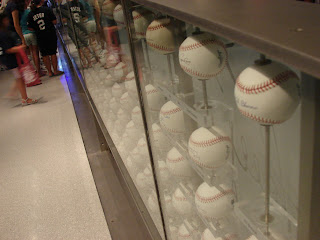 The wall was no doubt the coolest part of the museum, seeing so many Yankees autographed baseballs by so many different players. 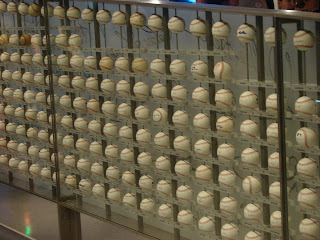 This is probably around one fifth of the entire wall. It was a fun museum, and it was a good way to mix it up from the usual Monument Park trip. I'll be back with more sometime tomorrow, some of the pictures from the game. See Ya!
Posted by Drew at 9:08 AM