Check Out My Cards from COMC

Hey guys, I know most of you have used this title before haha, but still, it's very simple and it works. So, anyway, before my birthday, I spent $50 on Check Out My Cards, again, a great buying online site. I think I made out great, but I'll let you guys be the judge... 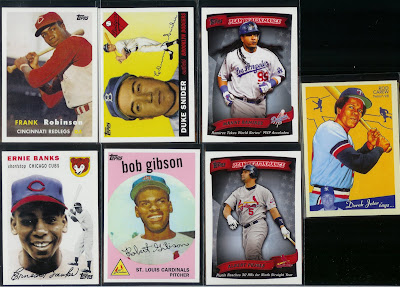 First off, I knocked off some cards on my wantlist, including some sets. The 2010 Topps Series 1 Cards Your Momma Threw Away set I finished, and it's actually cool because now I can remember the Topps sets better. I also finished Peak Performance from Series 1. I still need a lot of Series 2 though, so check my wantlist please and let me know if you have any for trade! Lastly, a Rod Carew Goudey SP, one of the cards I was missing from that set, which brought it down to 9 needed. Not bad! 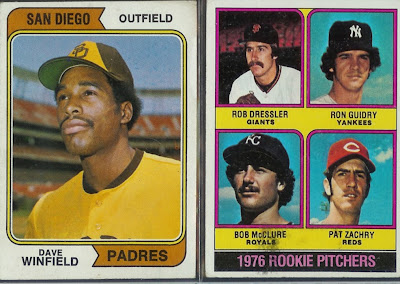 I also got some rookies, including a Ron Guidry RC, which has a stupid mark on McClure. It's a nice card nonetheless. The other is the famous Dave Winfield rookie that I got for $5.99, when it books for $50. I met Winfield a long time ago and when I saw the rookie at that price I needed it. It was in good shape too considering I got it for at least $20 less than I've ever seen it go for. 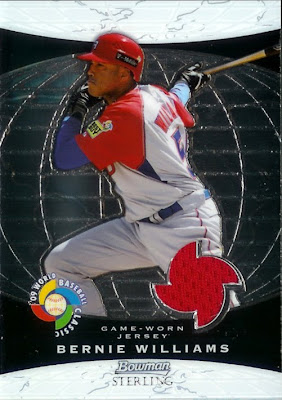 Next is a WBC Classic Jersey from 2009 Bowman Sterling of Bernie Williams. This was Bernie's last gig in baseball before he called it quits, and this is a cool looking card to commemorate that. The red swatch also sucked me in, I think it's my only red swatch I own. 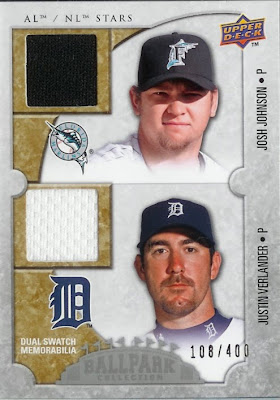 Here is a 2009 Ballpark Collection Josh Johnson/Justin Verlander dual jersey /400. Both of them are stars on my fantasy team so for the right price I picked it up. 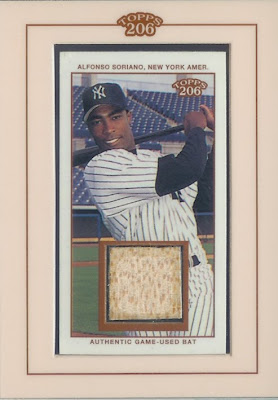 Then we have an Alfonso Soriano bat card from 2002 Topps 206, which is really cool. The bat shaving has all sorts of marks on it, and it was cheap, so it'll look good in the Yankees collection. 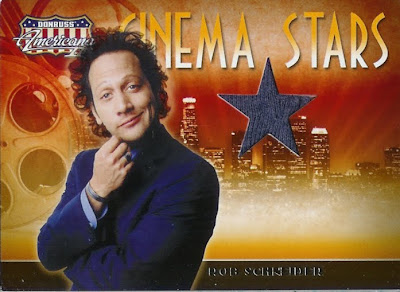 I got this one because he was in now one of my favorite movies, "Grown Ups", a memorabilia card of Rob Schneider. It's from Donruss Americana, and he's a pretty funny short guy! 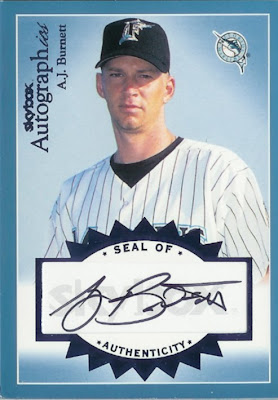 Good thing this was signed before he started smacking doors. This is a nice A.J. Burnett autograph numbered to 489, I think a rookie autograph at that. He has a nice auto, and it was nice for $5.00. 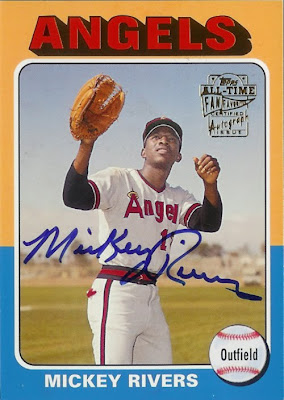 Second to last is this Mickey Rivers beautiful on card auto from 2004 Topps All Time Fan Favorites! My memory of Mickey was at the Old Timers Game last year that I was at, when he started all out hustling to second and beat out the throw for a double. One of the stars on the 77'/78' team, this is a nice card to have. 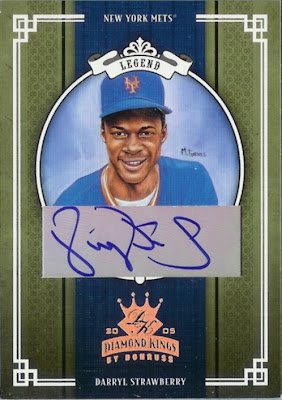 Finally, the last card is a nice autograph from 2005 Donruss Diamond Kings, one of the nicer sets in the last decade. It's a Darryl Strawberry auto, and I was able to pick it up for 6 or 7 dollars. I watched Darryl's Centerstage show on YES, and it made me gain a lot of respect for the man. He went through a lot and after watching it I knew I needed to get something nice of him to add to the collection!