Hey guys, Drew back here. I just wanted to catch up on some recent mail, so lets' get started. I have 4 things to show, and the first is from William, the owner of foul bunt. William has been such a good friend of mine since joining this blogosphere, and he always sends me packages just for the heck of it. Here's what I got from him this time. 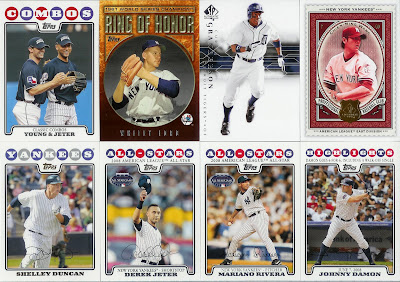 He sent plenty of 2008 Topps, and I was surprised because I didn't have like half of them! You can't really tell, but the Shelley is a gold parallel, along with a Chad Moeller that wasn't pictured. The Jeter is my favorite one out of those! Also a few other nice inserts and stuff were included that I didn't have yet. 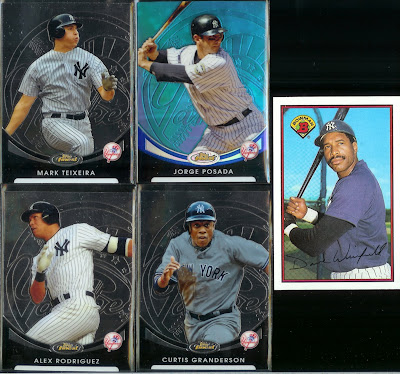 William recently split a box with Max, his best friend, one of our own from Knuckle Ball Blues. It was of 2010 Topps Finest, so I'm assuming these came from the box minus the Bowman Winfield. The Posada looks spectacular, it's the blue refractor numbered to 299. Thanks William for all the cards! 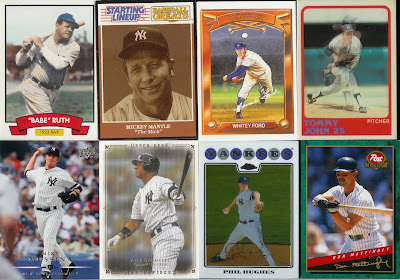 The next package was a prize from Grand Cards. I entered one of his card auctions for a bunch of Yankees, and I got a ton for only a few Tigers cards. These are just the highlights, my favorites, because I want to save some time here. I needed all of these except maybe the A-Rod, but I love Masterpieces so it needed a scan. The Mussina would look great signed, so maybe I'll try him TTM again with it. 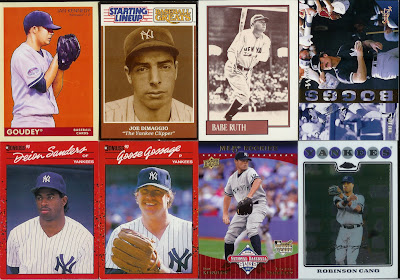 Here's a few more, including Deion Sander's 1990 Donruss Baseball Rookie. Also a few Ian Kennedy's, who unfortunately never worked out for us. A nice Babe Ruth and Joe DiMaggio finished off this scan in style. Thanks again for the prize! 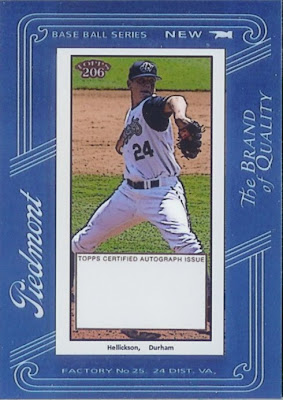 From Mike of Bad Wax, I got 2 Jeremy Hellickson custom cards for only a few nothing special autos! I asked if he could make me one to get signed, because he's pictured as a Renegade and I remember him pitching for them. Maybe if he makes it up to the bigs, I could look back at this card if I get it signed and think about how cool it was to get this. The cards look great, thanks again Mike! 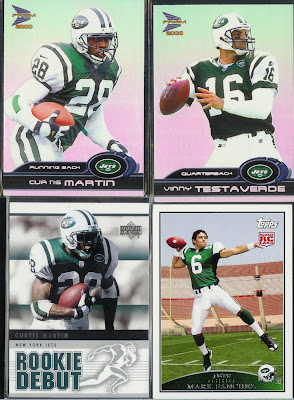 The last package was from Mike, from BA Benny's Baseball Card Buffet. He included these 4 cards in a 1 for 1 trade, I appreciate these dude, especially the Sanchez rookie! I've gotten a lot of Curtis Martin cards from you guys, but the one on the top row is one of the best I've seen! 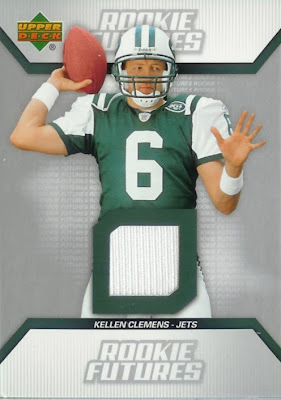 And the trade was for this Kellen Clemens rookie jersey card. Unfortunately, this is event used, you know, when the rookies all come together and put on and take off jerseys over and over again and then they put them in cards and somehow they sell for a lot of money. It's a nice card however, and I didn't have anything great of Kellen before, so thanks BA Benny!

Thanks again to everyone for the great stuff! See Ya!
Posted by Drew at 11:02 AM