The Un-Official Review of Goodwin Champions

Hey guys, Drew back here with my un-official review of the new Goodwin Champions...

Here is a nice math equation for you guys and gals: 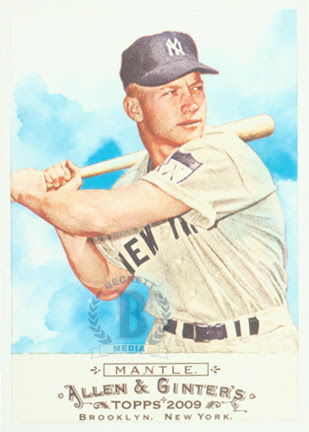 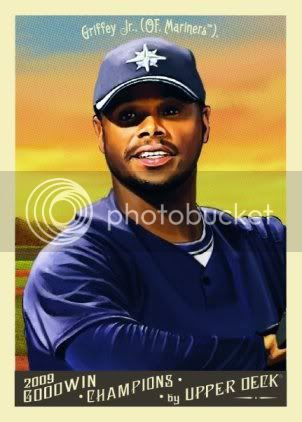 
Not too impressed. I don't have a card in my hands nor my collection. So, here is the good, the ugly, and the uglier...

The Good: A very nice base card design, although not Allen & Ginter, it still is reasonable. The price is great, but many other things are not. I like how they put tons of Yankees in this set, more than any before. C'mon, this card has to be the 1st of Rick Cerone after retirement. Do I want it? No, not really? Will I have it by the end of the year? Probably. The bug cards hopefully are interesting, as many people are spending lots of money on the redemptions. Would I pay $60 for a dead bug. Heck no, but others will. This set uses the gimmick more than Allen & Ginter, with the occasional easter egg cards and different variations, the strange non-sports guys that nobody has ever heard of. Do I like it? No, but again, other people are going to buy the stuff for that reason and that reason only. Like some people have said, this set seems to be a set that Upper Deck is making to drag people into the hobby. But the non-sports stuff in this set is making Allen & Ginter look like a very small case of the flu, while Goodwin is full force swine flu!!!

The Ugly (hasn't this already been ugly?): Look at the set checklist, right now I will list all of the pointless cards in this very small set:
13 Moose Skowron (nice for me, but for you guys... eh)
14 Donovan Bailey (non-sporty sporting a Canada flag, very un-patriotic to us UD!!!)
24 O.J. Mayo (why is the basketball stud replacing my baseball stud!)
33 Jeff Samardzija (now, this is insane, this guy isn't any good and he isn't a rookie. Blah!)
34 & 38 Ovechkin & Carey Price (don't mind Ovech but Price is boring)
44 Barack Obama (how many cards do we need of this dude?)
53 Anderson Silva (never, never should I be looking at shirtless men)
55 Chad Reed (never heard of him... cool card, in motorcycle sets)
61 Michael Beasley (another stupid basketball dude that has depression problems)
70 Chuck Lidell (better than Silva, but I still don't want him)
74 Gerry Lopez (WHO IS HE???)
84 Joe Lewis (MORE SHIRTLESS MEN!!!)
88 Peggy Fleming (WHO IS SHE???)
90 Jonathan Teows (LOOK 3 ROWS ABOVE FOR MY OPINION)
105 Evelyn Ng (Ng= Not good)
115 Smarty Pants I mean Jones (a horse!!!)
116 Christi Yamagucki (says it all in the name)
118 Bucky Dent (now, I'm a Yankees fan, but 1 home run doesn't get you a ba jillion cards 30 years later)
128 Bill Rogers (MR. ROGERS!!! No its just Bill)
129 Laird Hamilton (more almost shirtless men!)
Won't hurt the Hockey fans with the Orr and Howe cards
143 Derrick Rose (a nice card, but eh...)
146 Phil Hellmuth (the 1st 4 letters in his name explain it all)
151 Cory Wade (yuck)
154 Gavin Floyd (autos being pulled by the dozen, just a boring player)
157 Kelly Shoppach (this guy needs to fill out a few trillion forms before he gets into my set!)
160 Mike Parsons (this card is kinda weird, no comment)
161 Jeremy Bloom (some random guy hugging his skis, weird)
178 Jonathan Albaledejo (how does this guy get a V.I.P. entrance into every set?)
187 Joe Alexander (one of the strangest cards I've ever seen)
193 Donnie Gay (another strange card)
And what's a set without good ol' Rick Cerone!

Yes, I'll guarentee someone leaves a comment saying you could do the same thing with Allen & Ginter, but here's my take. If it looks amazing I'll take it. If it's garbage it stays next to the McDonalds french fries I saw on the street. 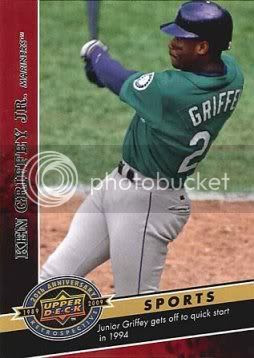 Thanks Upper Deck for ruining my thoughts on collecting.

Don't fret guys. I will still open a box for old collecting (if you call it that) sake. I may not go for the set but definitely will search for all Cano's and Yankees. See ya!