Congrats to my Jets for beating the Pats 16-9 yesterday! It's about time I do some sports talk, and this is a good start. My boy Mark Sanchez played really well, 14/22 throwing 163 yards and a touchdown! Stats don't say much about what Mark did yesterday, he did make his mistakes, but he looked much better than Brady! The stats overall for the Jets didn't say much, but the defense was amazing! Guys like Kris Jenkins, Kerry Rhodes, David Harris, and maybe the best cover cornerback in the league, Darrelle Revis, who made an awesome interception on Randy Moss yesterday, something like this:

Now we are undefeated, 2-0, and big news, I may have mentioned it before, but I got tickets to next Sunday's game against the Titans in the Meadowlands. Dad & I have really nice seats we think, after dad went through a very frustrating time finding tickets, but eventually bought them off a guy on Craigslist. We had an option to go to yesterday's game but we decided we didn't want to see the Pats crush the Jets! But today, I celebrated with the very little handful of Jets fans in the school, one of them did go to see the game! Anyway, see ya later! 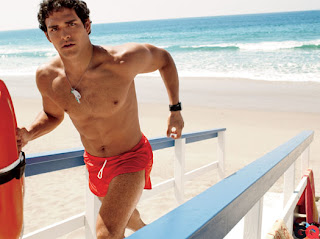