Hey guys, Drew back here, after Mike & I opened our box of 09 Threads football a few days ago, here is the recap:

The base set is 101 cards, and that Brett Favre big card everybody's talking about, this one:

Sorry, but it only is included in retail with a print run of 4,444 (Get it?). There are many insert sets, some are un-serial numbered but some are. Insert Sets like Gridiron Kings are only numbered if there is a different border around the card than this original. Pretty confusing huh?

MY BOX BREAK RESULTS (remember, I split this box)
Just about all of the base set
2 Normal Generations Inserts (Butkus-Urlacher, Stewart-Williams) 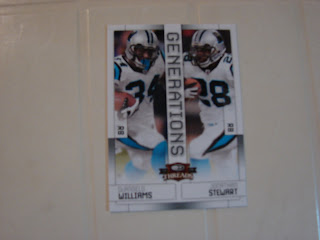 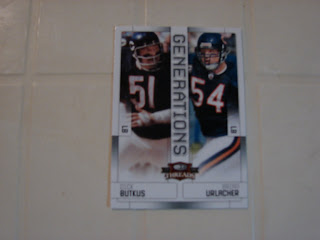 Both not numbered, Mike has the Butkus/Urlacher and I have the Panthers backs 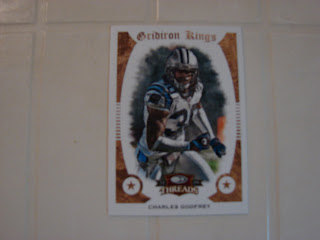 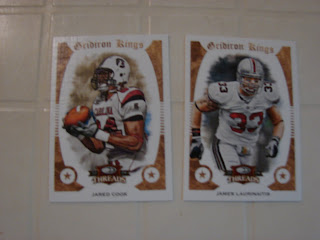 The 1st one is Mike's, the bottom 2 are mine, not numbered

1 Century Legends (Jerry Rice)
2 Triple Threats (Falcons, Ravens)
1 Century Stars (Romo)
1 College Greats (Nate Davis)
All of these aren't numbered either, I have the Davis, and the Ravens, Mike has the Rice, the Falcons, and the Romo 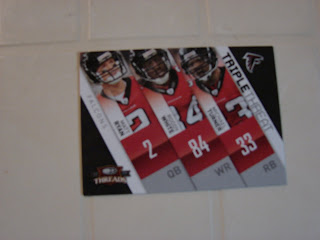 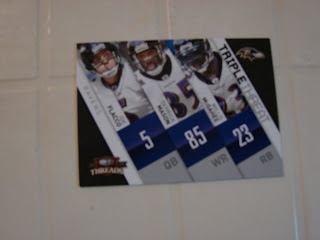 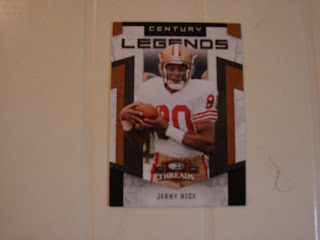 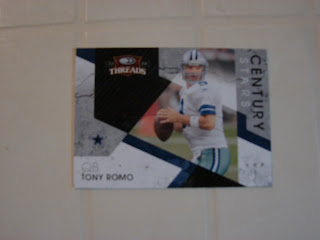 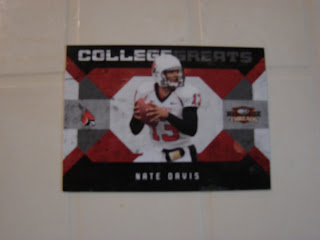 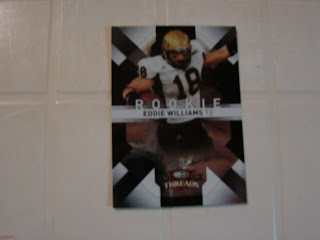 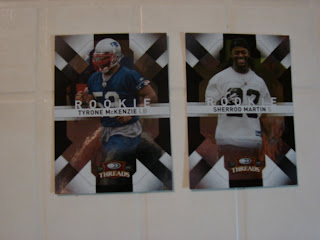 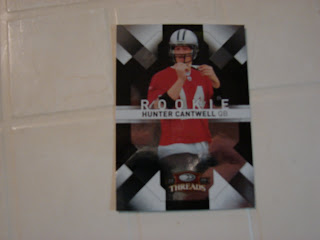 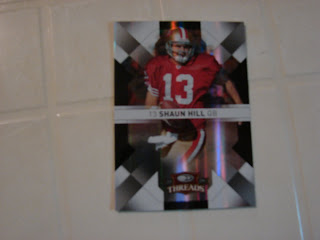 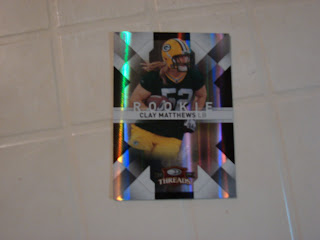 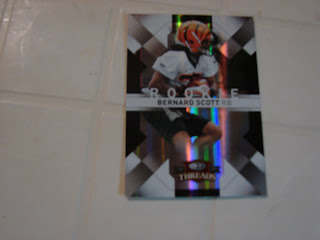 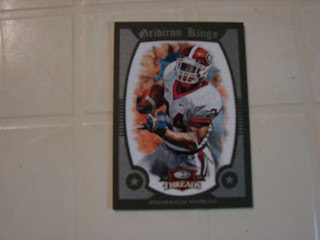 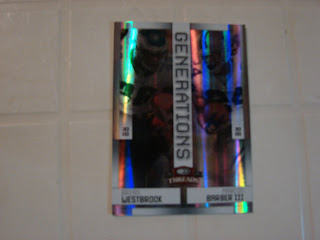 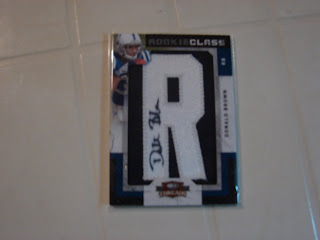 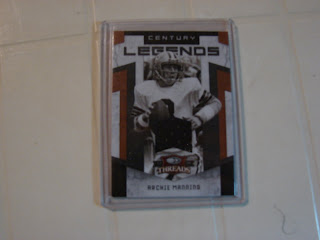 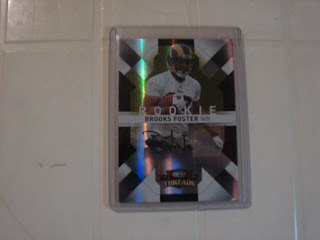 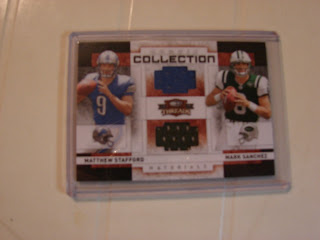 Matthew Stafford/Mark Sanchez Dual Jersey #ed/500!!!
Well, it would be a great card, too bad its FROM AN EVENT!!!! Part 2, the grading coming soon to drewscards! See Ya!
Posted by Drew at 3:34 PM