Hey everyone! This post is in regards to my new friend Frankie's recent contest announcement. Be sure to check out the post and join in yourselves, especially if you want in on some sweet prizes!

I've already posted a separate "About Me" page, and if you haven't had the opportunity to check that out and are interested in the full story behind what got me started in the hobby, take a look. This is an excerpt from that page:

Hey everyone, I'm Drew, and welcome to my blog, drewscards! Excuse my mediocre blog title, but I was only 12 years old when this site was first up and running and I've been doing my best to keep some of my traditions up ever since (this is why I begin every post saying "Drew back here", and end each post with "See Ya!"). I've been collecting ever since I was 8 years old, and in the summer of 7th grade going into 8th I discovered the world of YouTube and blogging by simply typing "baseball cards" into a Google search. I never thought that one basic search would bring across all of the possibilities and experiences it has, and I'm thankful I did that in retrospect.

I have been involved with cards and collectibles ever since I was 3 or 4, when my Dad gave me a bunch of early 1990's Pacific football cards. I was infatuated with the colors of the uniforms and would often sort them out by team, only to put them back in the stack to be sorted again the next day. As I grew a few years older, I would use just about every Toys R Us gift card I was given towards the random 10 pack boxes with a mystery in the middle. I remember being so pumped up to pull a Yankee autograph. I don't even recall who the player was, but I believe it's somewhere in my basement, most likely collecting dust. There would occasionally be small card shows close by, and I used to beg my parents to take me. In the 3 shows I went to, I got to meet Roy White and Brian Bruney, and I felt like I was in baseball heaven. And as aforementioned, in 2008, I Google searched "baseball cards" after almost throwing in the towel on collecting, and I came up with about a million more reasons not to stop. 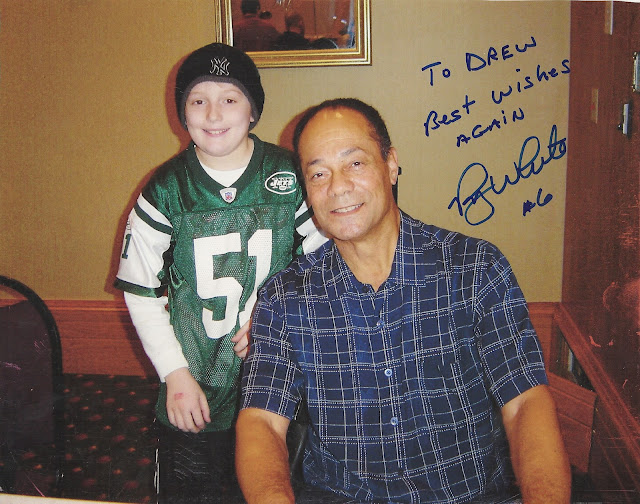 And here we are now. I can't believe how far something as small yet powerful as the Internet took me. I was brought to some of the best friends I've ever had, which I will forever be grateful for. It also helped broaden my horizons, which I desperately needed. When I was younger, I listened to the Beatles religiously (certainly not a bad band to follow, if I say so myself). I used to print out pictures of the band members and make picture books, which could explain my past interest in making custom cards. Through the Internet and technology, I have extended my iTunes playlists to everything from Pink Floyd to Coldplay to Kanye West. It takes more now for me not to like something than it is to enjoy something. I also semi recently fell into the trap that is Netflix and TV shows. I never thought I'd get to that point, but how could one say that when shows like The Walking Dead, Breaking Bad, and Game of Thrones are out there waiting for your pleasure and enjoyment?

My point is, I always will be thankful for growing up in this age of technology. I know many adults scowl at how different our lives are from what they experienced, but that's life. I needed technology to become the person I am today. And I'm proud of that.

Thank you to each and every one of you who have supported me throughout the years; friends, family, and even if you just click this link and read what I have to say once in a while. It is all appreciated. I'm looking forward to continuing to share my passion with you, and even after writing on this space for 6 years, I can say that I'm truly just getting started.

Again, if you have not seen Frankie's contest post yet, I encourage you to join in. I don't know many collectors with the passion that this kid has, and he deserves all the attention his incredible, growing collection should throw his way.