Hey guys, Drew back here. I felt like it was only right to separate the 3 Hall of Famers from the free signer at the East Coast National. In the past, we have been able to get Gaylord Perry, Roy White, Lee Smith, among others, for free. This time, we met 1983 AL Rookie of the Year Ron Kittle. 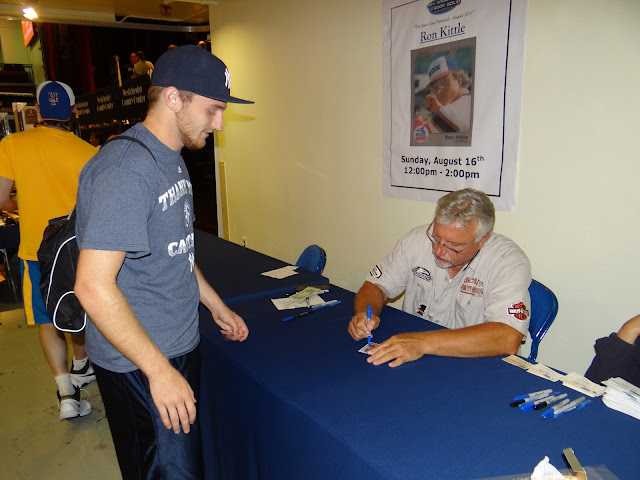 I didn't plan on meeting Kittle, but at one point his line was short enough where I decided "why the heck not?" He was most famous for being a big part of the 1983 White Sox team that broke through a playoff drought that had lasted for over 20 years. In his rookie season, he batted .254 and smashed 35 home runs; driving in 100 runs along the way. It was one of the better rookie seasons for a power hitter in history. However, the next year, while he still managed 32 home runs; was much less successful. His statistics declined every year following his breakout, and he eventually moved to several other teams, including the Yankees for a brief pit stop in 1986 and 1987. 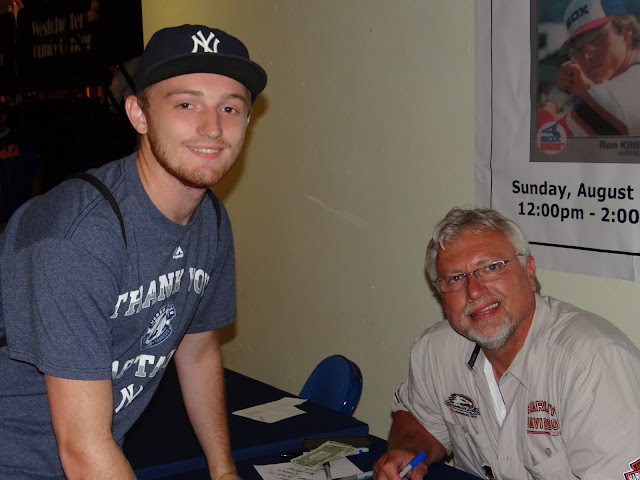 He was friendly to my Dad and I, allowing me to get a quick picture with him and telling us to enjoy the rest of the show. I could have had him sign my Mickey Mantle 16x20 because he was a Yankee at one point, but I've been saving the little space left on that for some huge names to round out the project. 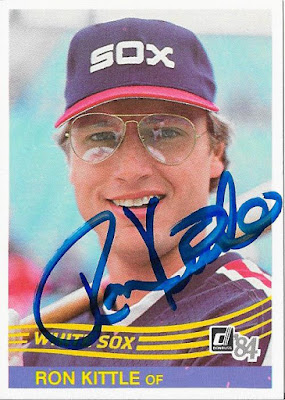 Instead, I was given this 1984 Donruss by my friends Rich and Hunter to have signed, and it came out really well! Those aviator glasses make the picture oh so much more satisfying too.