Maasterful New Signed Baseball! (...or not)

Hey guys, Drew back here! It was an epic weekend in sports, even despite a relatively lackluster "Fight of the Century" between Floyd Mayweather and Manny Pacquiao. I spent the weekend working and preparing for finals and school projects, but I will be done with school by May 13th, so I'm excited for that! Anyway, my dad brought me home a gift from one of his work friends last week, and it completely caught me off guard. 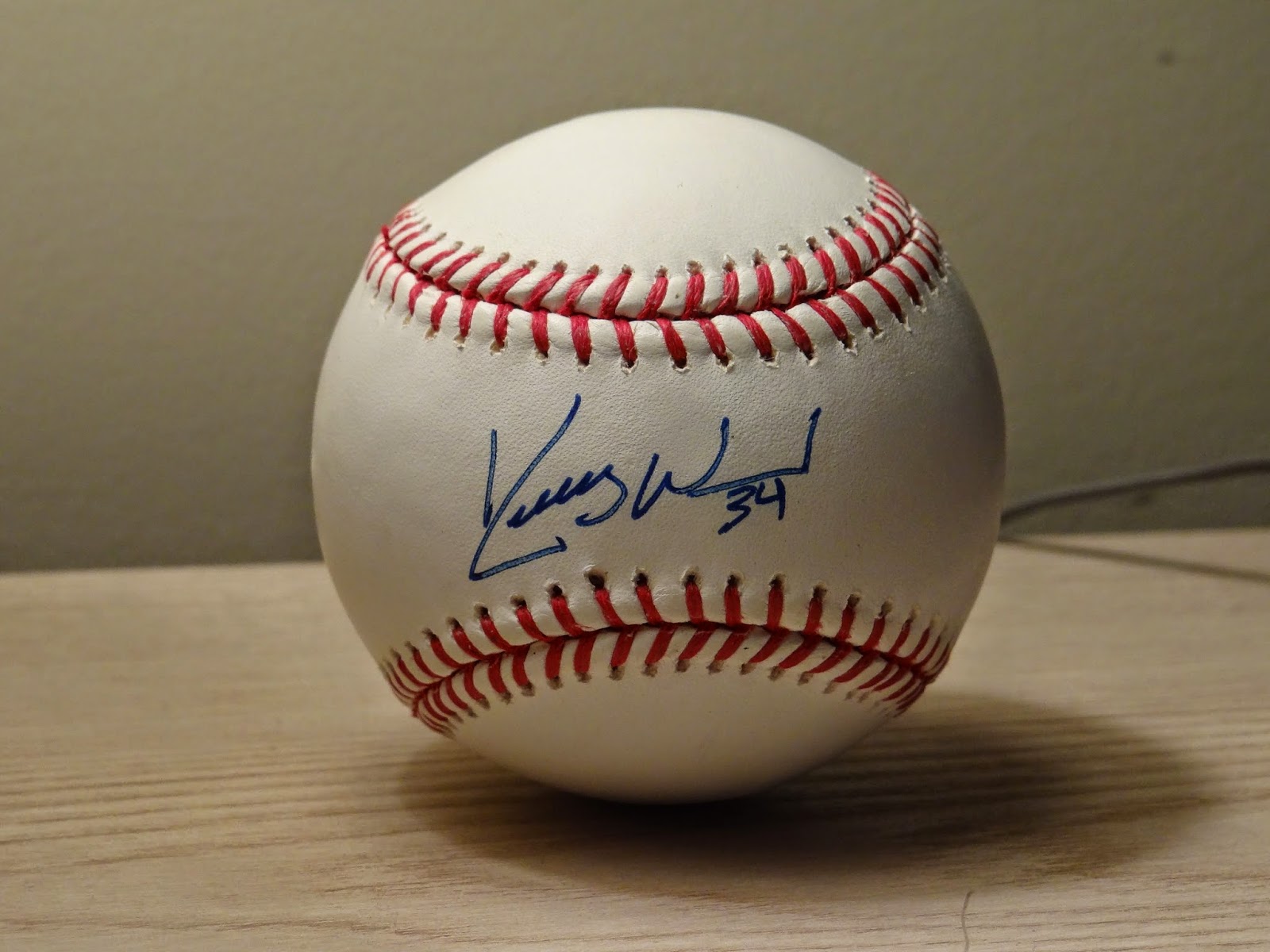 The surprise was a Kevin Maas signed baseball, and was from my dad's friend John T.; who has actually given me some neat baseball stuff before! I've recently become a fan of signed baseballs, and I specifically like to collect Hall of Famers and former Yankees, and Maas fulfills the latter. Maas was supposedly going to be the next Don Mattingly, and looked the part when he was first called up, smashing 10 home runs in his first 72 professional at bats. He was also made famous by a group of women in the right field bleachers (where a majority of his home runs were hit) at Yankee Stadium who would take their tops off and jump up and down whenever he would hit home runs.

Maas would become one of the better "One Hit Wonders" in Yankees history, along with Shelley Duncan and Aaron Small in recent years. He played for the Twins in 1995 before moving on to Japan's Central League and eventually retiring.

*UPDATE: I can't believe I didn't catch this before, but the ball is actually signed by Kerry Wood, as reader Jackson Traylor of Jackson's Autographs brought to my attention. This makes much more sense, and I'm curious to hear how that got lost in translation over time. Wood was an integral part of the 2010 Yankees team when he was traded midseason to New York, and I almost added him to my pitching staff when constructing my All Time Watched Yankees team I created and wrote about in March. I even own an autograph of Kerry's on a card I got from my friend Ethan's collection a few years ago, and still didn't catch on. Wood was a former Rookie of the Year was about as much promise as anyone in history, and although he never quite reached that potential he will still always be known for what some have considered the greatest pitching performance of all time. On April 12th of his 1998 rookie season, Wood struck out 20 batters, tied for the most in history for a single game. 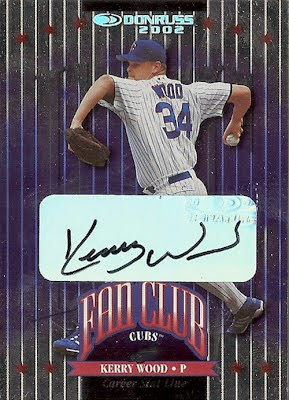 Well, I hope you all enjoyed learning about Kevin Maas, but this was my mistake for not noticing before. Thanks for pointing that out Jackson, and I'll be sure to make sure of these things before I post them in the future. Chalk it up as an error on the stat sheet for the writer.*

Thank you so much for the piece of history, John! Whether it's signed by Kevin Maas, Kerry Wood, or John Kerry, I greatly appreciate the kind gesture!