Seven Nation Army of Cards in My Mailbox!

Hey everyone, Drew back here! About a week ago, my best buddy William surprised me with an excellent package of Yankees cards, new and old. I was not aware of this coming in, and needless to say it easily made my day. Let's take a look at what came my way: 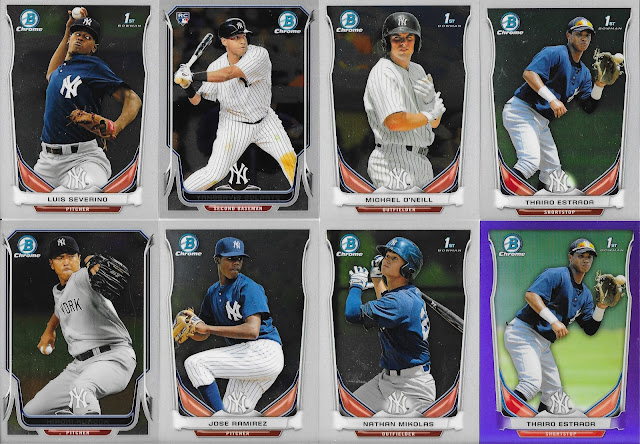 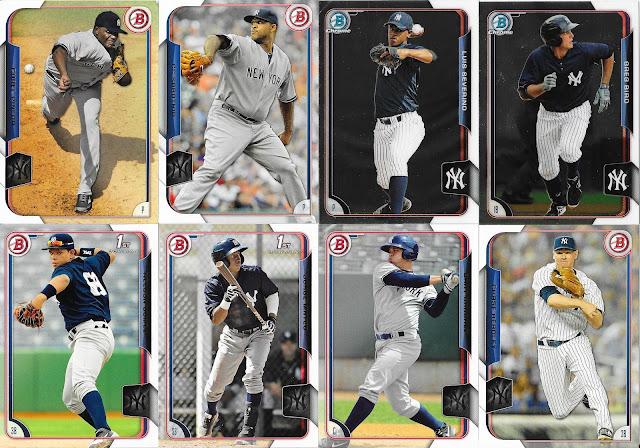 We begin with some 2014 and 2015 Bowman; the one set I never seem to buy any of no matter how nice they may be. I must admit, this year's product is the best I've seen in years, and I'm not sure what it is that I love about it. The photo choices are atypical of the average Bowman product, and I particularly like the Michael Pineda card (although this copy is missing the foil "Mi" in Michael). Foil isn't always a plus, but Topps did a good job of making it work with this year's design. 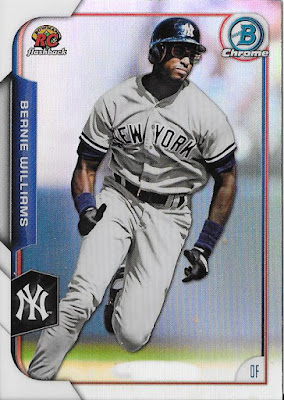 My favorite of the Bowman cards happened to be of recently celebrated center fielder Bernie Williams. Bowman celebrated a 25th anniversary of the 1990 rookie class, which included Williams, Frank Thomas, Moises Alou, among others. There are regular variations, and also autographed versions, which our fellow blogger The Snorting Bull has already fully assembled (Beautiful set, by the way)!

I missed Bernie's best years in pinstripes, but have always had a high level of respect for his career(s). He was one of the more under-appreciated stars of the Steroid Era, and while it may seem off to retire his number with the Yankees, he deserves it thanks in part to others who have also had their numbers retired. It was a nice ceremony, and if you haven't heard his emotional speech, check it out. 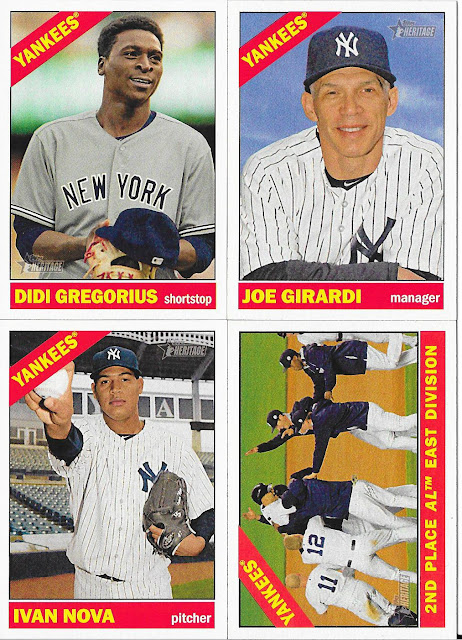 2015 Topps Heritage hasn't done too much for me, although I have generally been a fan of the product over the years. I think a lot of it has to do with never being a fan of the 1966 Topps set, especially considering it followed up perhaps the most beautiful years of baseball card history, 1965. I do enjoy manager cards, as you saw recently with my TTM successes from this set of Buck Showalter and Ned Yost. 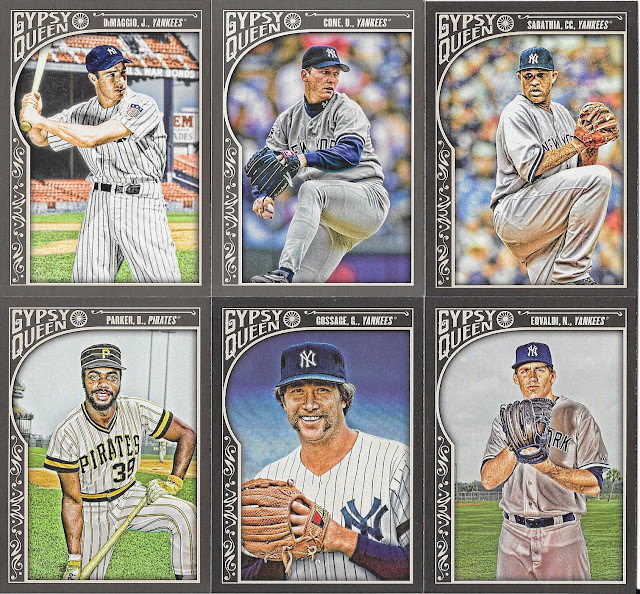 I know I recently bashed Gypsy Queen for the random loopy thing on the front of each card, but the more I see of the set, the more it's growing on me. It almost reminds me of a keyhole, which as far as I know hasn't been done yet. As always, Gypsy Queen honors the legends they use, and boy, those Gossage, Parker, Cone, and DiMaggio cards are gorgeous. 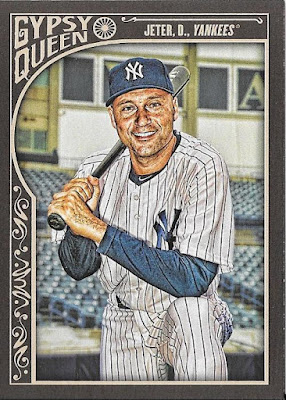 ... but nothing beats this one. Forever my all time favorite player. I miss you Derek. 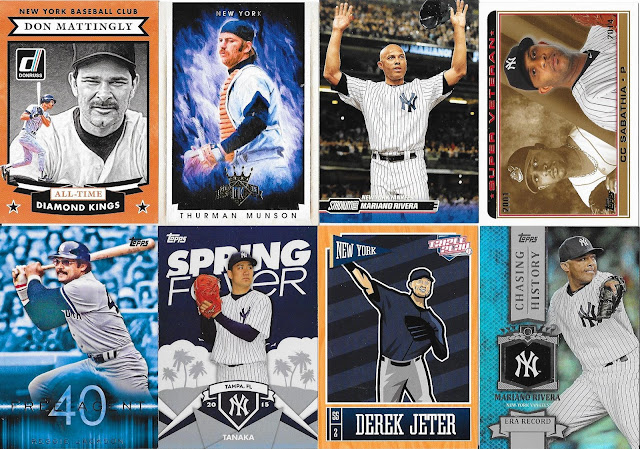 There was quite a mixed variety of stuff in this package, as there usually seems to be. I don't know how William ends up with all these Yankees cards, but I'll always be glad to take them off your hands. I know it's hard for Panini to do without logos, but the Thurman Munson Diamond Kings card is flawless. I really hope they get an MLB license within the next few years, because I think a lot of what took me out of buying packs and boxes had to do with Topps receiving exclusive rights; crumpling Upper Deck in the process. A little competition is never a bad thing. 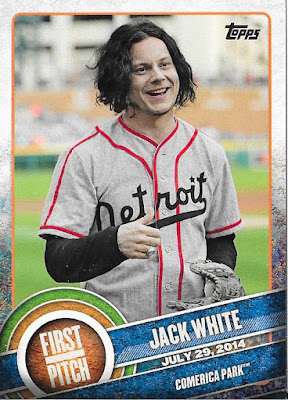 I've been waiting for this card for a loooooong time. The second I knew Jack White was getting a card in this year's Series 1, I wanted it in my collection. The former White Stripes lead singer and guitarist, as well a member of the talented Raconteurs, Dead Weather, and a fantastic soloist; has become one of my all time favorite musicians in a very quick timespan. I saw him perform live this past January at Madison Square Garden, and it was perhaps the greatest performance I've ever seen. White has been seen at many baseball stadiums in the last year, and a meme was even created for his dull expression at a Cubs game. I was even at a Yankee game last year that he (and Kate Upton) were at; and in retrospect I really wished I stalked him down and got a chance to shake his hand. Oh well. At least I finally have one of these beautiful cards, honoring his First Pitch at Comerica Park last summer!

Thank you so much again William! Please go check out foul bunt, but who am I kidding; who hasn't? See Ya!
Posted by Drew at 3:17 PM