Hey guys, Drew back here! The "Snowpocalypse" arrived about a week late up here in the Northeast, but nonetheless it arrived at full force yesterday. I picked up this 8x10 at the Pinstripe Pandemonium show for only $10, and while he wasn't my favorite Yankee by any sense of the term, I had no problem placing this in my autograph binder: 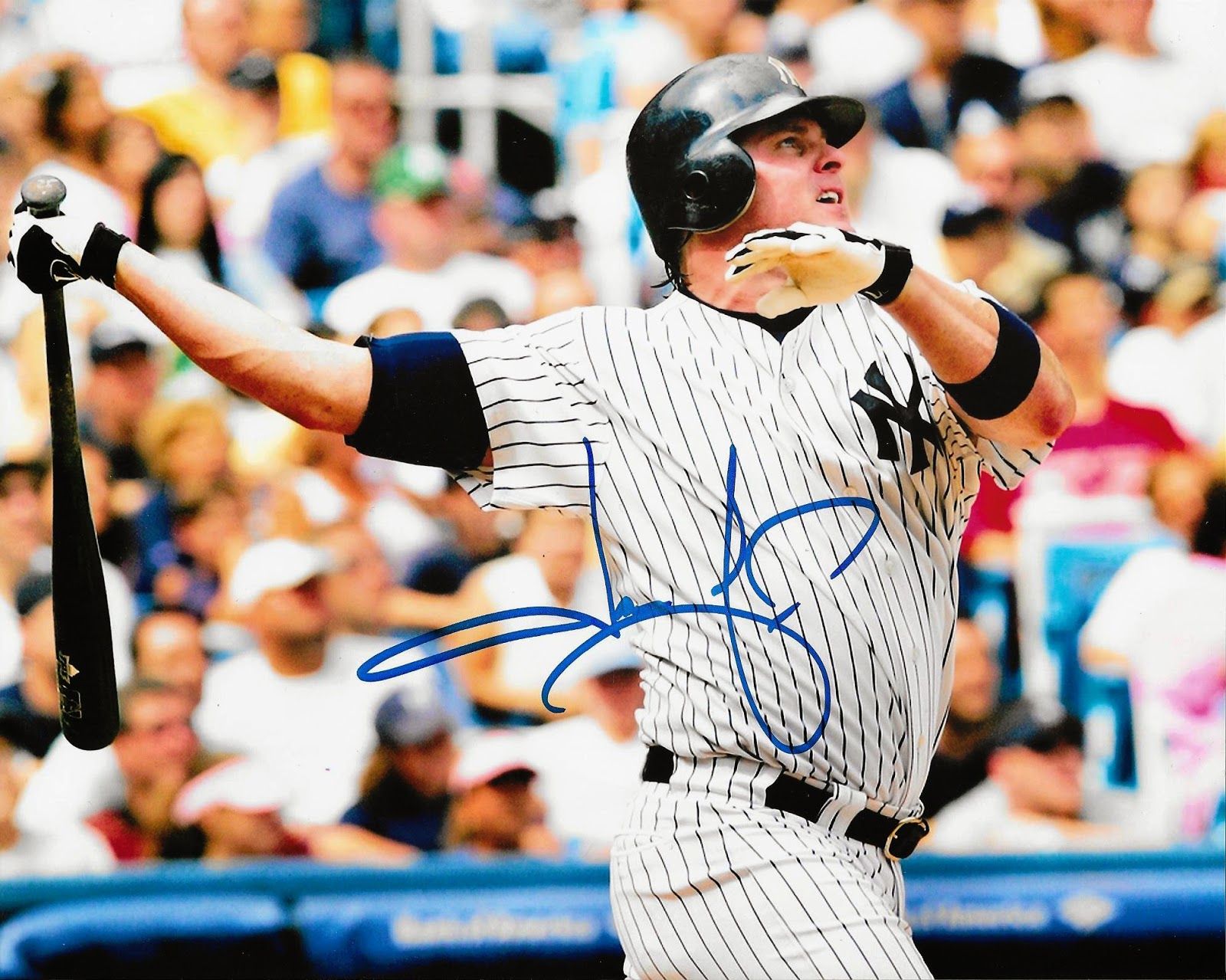 Jason Giambi was loaded with controversy in his 7 year tenure in the Bronx; mostly revolving around his steroid admission. He joined the team just after their late 90's-early 2000's run, and left just before their 2009 title. He did slug over 200 home runs in that time, but I was never much of a fan. I've actually gained respect for him as time has gone on though, and I think that may have been because he came out openly and honestly about his steroid use and apologized. I try to believe in the good of people, and I think he was a good guy just caught up with the wrong people in the wrong era of baseball. Either way, Giambi was a prominent figure during a controversial era of baseball, and I wanted this piece more for history's sake than anything else.

The picture doesn't have a COA, but I've worked with the seller plenty of times before and I trust each and every one of his autographs to be real. He does a lot of local signings, and I know Giambi has done some stuff locally of late, so that's really all the confirmation I needed. Plus, who would fake a picture you're selling for $10?

I don't know if any of you noticed, but I recently upgraded my new blog logo and page setup! I'm trying to condense all of my sidebar material and make the blog easier and more efficient to maneuver around for all of you. I thought my logo was a little huge, so I decided to make things more simple. Let me know what you think!

Anyway, that's all I have for now, I'm looking forward to taking a run out to Target one of these days this week to get myself a little bit of 2015 Topps when it hits stores, as I'm excited to see how it all comes out! It's almost time to mail out Spring Training TTM's, and I'm gearing up for a big day at the post office.