A Trip Down My Memory Lane: TTM Successes

Hey guys, Drew back here! I hope everyone is doing well; I've had a slow week but I'm anxiously waiting for some Spring Training TTM's! I got 2 RTS' back from the Red Sox I sent to (Koji Uehara and Jackie Bradley Jr.) because it appears that there was an address change I wasn't aware of, but 26 of them are still floating around in Florida and Arizona. In the meantime, I've gotten two former Yankee successes this past week that I vaguely remember from when I first started to watch baseball. 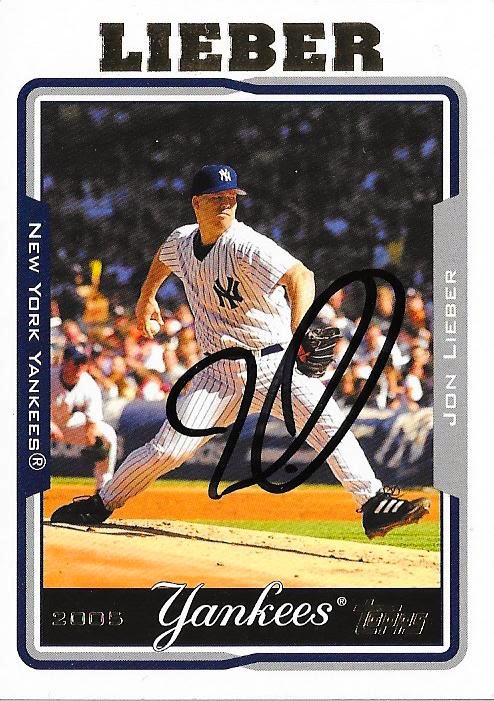 Lieber only played one season for the Yankees after signing a 2 year deal in 2003. He missed the first season due to Tommy John Surgery, and started off the second awfully in New York. However, down the stretch he turned it on and pitched great baseball, and wound up having an important role in the postseason rotation that year. He pitched well in the playoffs, and although the Red Sox went on to break the curse that year it really wasn't due to anything he did. Lieber was pretty much the definition of an average pitcher through most of his career, but did earn an All Star selection in 2001. He signed this 2005 Topps card for me in black sharpie, and although his signature leaves much to be desired, I'm happy with how it came out! 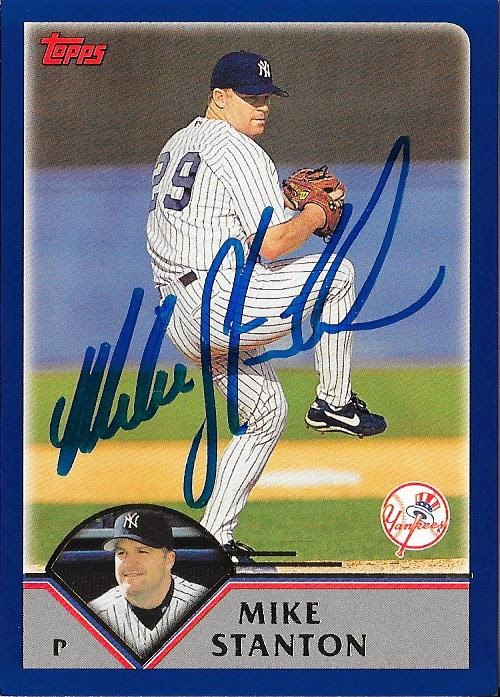 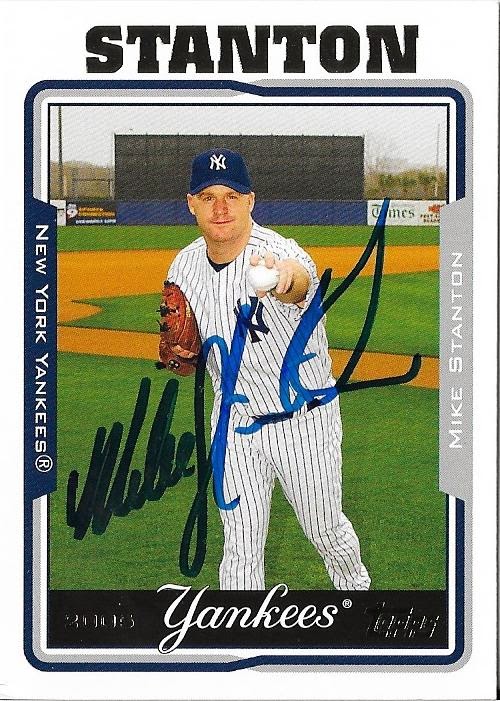 What Lieber lacked with his signature was easily redeemed by the artwork Mike Stanton left on my two cards. The former lefty bullpen cog has one of the nicest signatures in my collection, and I was excited for these cards to return back. Stanton actually holds the record for most holds in history (no pun intended) with 266, and is second in most games pitched in Major League history behind Jesse Orosco! He was a part of the Yankees 1998, 1999, 2000, and 2001 pennant winning seasons, and was named an All Star his first and only time in 2001 too. He was named in the Mitchell Report however and in Brian McNamee's testimony, which lines up with the time period Clemens and Pettitte were found to be involved with HGH. He later returned to the Yankees in 2005 after playing for the Mets for a short period of time, and was soon released. Stanton signed a 2003 and 2005 Topps beautifully in blue sharpie!

Thank you to both Mr. Lieber and Mr. Stanton for the autographs! Players like them really lead me down memory lane to when I first started learning about all the different players in the game.