I Am Here to Discuss the Past!

Hey guys, Drew back here! On February 15th, Andy Pettitte's son Josh informed the world that his dad's number would be retired by the Yankees at some point during the 2015 season! It was a shockwave to all Yankee fans, and for the most part the reception was positive.

Shortly after, it was also revealed that the team also planned to retire Jorge Posada and Bernie Williams' #'s 20 and 51, respectively, as well as awarding a plaque in Monument Park to former captain and second baseman Willie Randolph. Now, I know most of you in this hobby have more experience seeing players you've grown up watching receive special honors like these, but I must say it's a weird feeling when you first see this. It makes you feel rather old, I must say. I learned recently that only 2 active MLB players began their career before I was born: LaTroy Hawkins and Jamey Wright. I'm not saying I'm heading to my retirement, but it still feels like just yesterday when I first fell in love with baseball, and that was a decade ago.

With all of this mind, I figured I would share my two cents on these four greats players who have a legendary honor awaiting them over the course of this upcoming season.

Jorge Posada
A born leader. This guy knew what it took to win, and he was as gritty as they get. I'll never forget when he came to the plate in a pinch hitting situation on September 22nd, 2011. We were sitting in our favorite seats we had ever had in the new Yankee Stadium; front row, field level in right field. Jorge came to the plate and broke the 2-2 tie with a two run single to not only win the game, but also the division! I always liked him, but after that moment I was forever a fan of his. I loved how much he defended the team over the course of his career with his fiery passion. People wonder why the Yankees-Red Sox rivalry is no longer what it was, but I think much of that hatred dissipated when Posada retired.

Bernie Williams
The forgotten member of the Core Four. Call him Pete Best, because he really got the ball rolling for the Yankees until Jeter & co. took them to the next level (Beatles anyone?). I missed most of Bernie's good years but I've seen some footage and numbers that easily warrant this accomplishment. He was a quiet presence in the locker room, but could play a mean guitar. I got goosebumps when he played "Take Me Out to the Ball Game" at Fenway Park for Jeter's last game in 2014. He did a lot of things right during those championship seasons, and was fantastic in the playoffs. He may get shorted of recognition when people discuss the impact of the Core Four, but Yankee fans will never forget their best centerfielder since Mantle.

Willie Randolph
Obviously Willie was way before my time, but nevertheless you can see his influence every year at Old Timer's Day and beyond. When I first started following baseball he was stepping into his role as Mets manager, and although it didn't necessarily end well in Queens, he's as much of a baseball guy as anyone else. Willie has been heavily involved in the game almost every year since 1975, whether it be as a player, manager, or coach. I had the opportunity to meet him once at a card show and he was such a nice man. One of few people alive today who could say they were captain of the Yankees; Randolph helped anchor those great late 70's teams to 2 World Series titles. 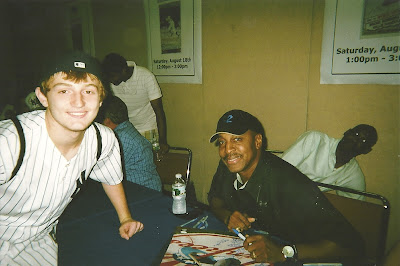 Andy Pettitte
Finally, Mr. Andrew Eugene Pettitte himself. PED's or not, Andy will forever be one of my favorite pitchers of all time. I really believe he got caught up in the wrong crowd with Roger Clemens when rehabbing the infamous elbow injury he suffered in 2002. But enough about that, because surely one mistake can be forgiven from the very apologetic and sincere Pettitte. Much has been said about the lefty's chances at making the Hall of Fame one day, and while I didn't quite see a Hall of Famer while watching him pitch, he was pretty darn close. With 256 victories and several other feats under his belt, Pettitte was the guy you wanted on the mound on a cold October Bronx night. His intimidating glare was enough to blow away batters for 18 seasons, and I had the pleasure of getting to see a solid portion of those games. 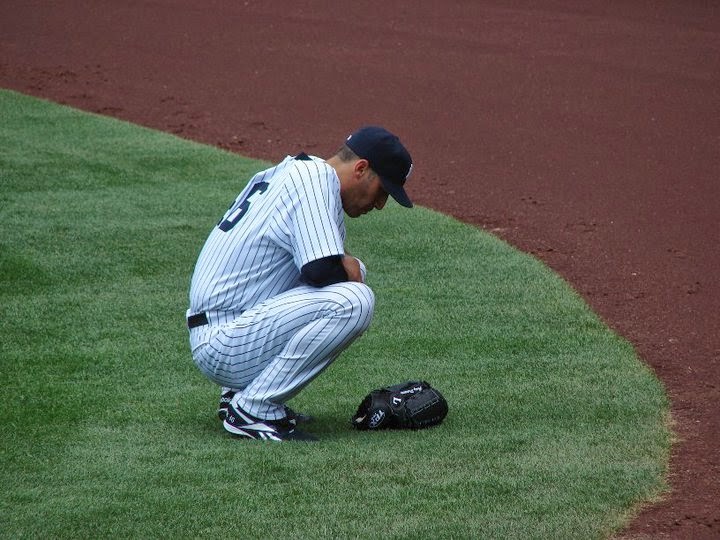 I'm really glad that these four are all getting their due this upcoming season, although it does bother me how many numbers are being retired at this point. Sure, they have the most championships of any major professional sports team spanning over 100 years of excellence, so there should easily be 20 players deserving a number retirement. Joe Torre and Mariano Rivera's numbers were forever locked away recently and obviously Jeter's will be coming soon as well. After that numbers 1-10 will never be used again, which I find strange.

The problem now is that they went overboard in the first place, retiring numbers of great Yankees but nowhere near legends. Ron Guidry was a spectacular pitcher in his prime and pitched perhaps the best season for the team in the modern era, but I don't know if I agree with his number retired alongside Ruth, Gehrig, DiMaggio, Mantle, Berra, and Ford. Billy Martin was a true Yankee at heart and devoted a majority of his life to pinstripes (when Steinbrenner let him), but again it may have been a bit much to retire his number. But now, with their numbers retired, it's only fair that new generation stars like Bernie, Jorge, and Andy get theirs. There's nothing you can do about it, and people will continue to make the "Yankees are going to run out of numbers" jokes for the rest of time, but that's okay. Monument Park provides a true celebration of baseball history as a whole, spanning decades of excellent stars that we will never forget.

Welcome home once again boys. You're officially here to stay!