Hey guys, Drew back here! We're about to take on (hopefully) the remainder of this horrible snow storm the next few days, and I just get more and more excited for baseball season the more this continues. I've went out to my Target twice now, and have come up empty as far as 2015 Topps goes, but hopefully I'll be able to get a few packs sometime next week. So far, everything I've seen looks super impressive! Anyway, at the Pinstripe Pandemonium show, I was able to also meet up with my buddy Michael, who is prominent on Instagram mostly and is beginning to run his own website. Michael is a young kid who can wheel and deal autographs like nobody I've ever seen at his age, and he had something I was interested in at the show that I was able to purchase off of him. 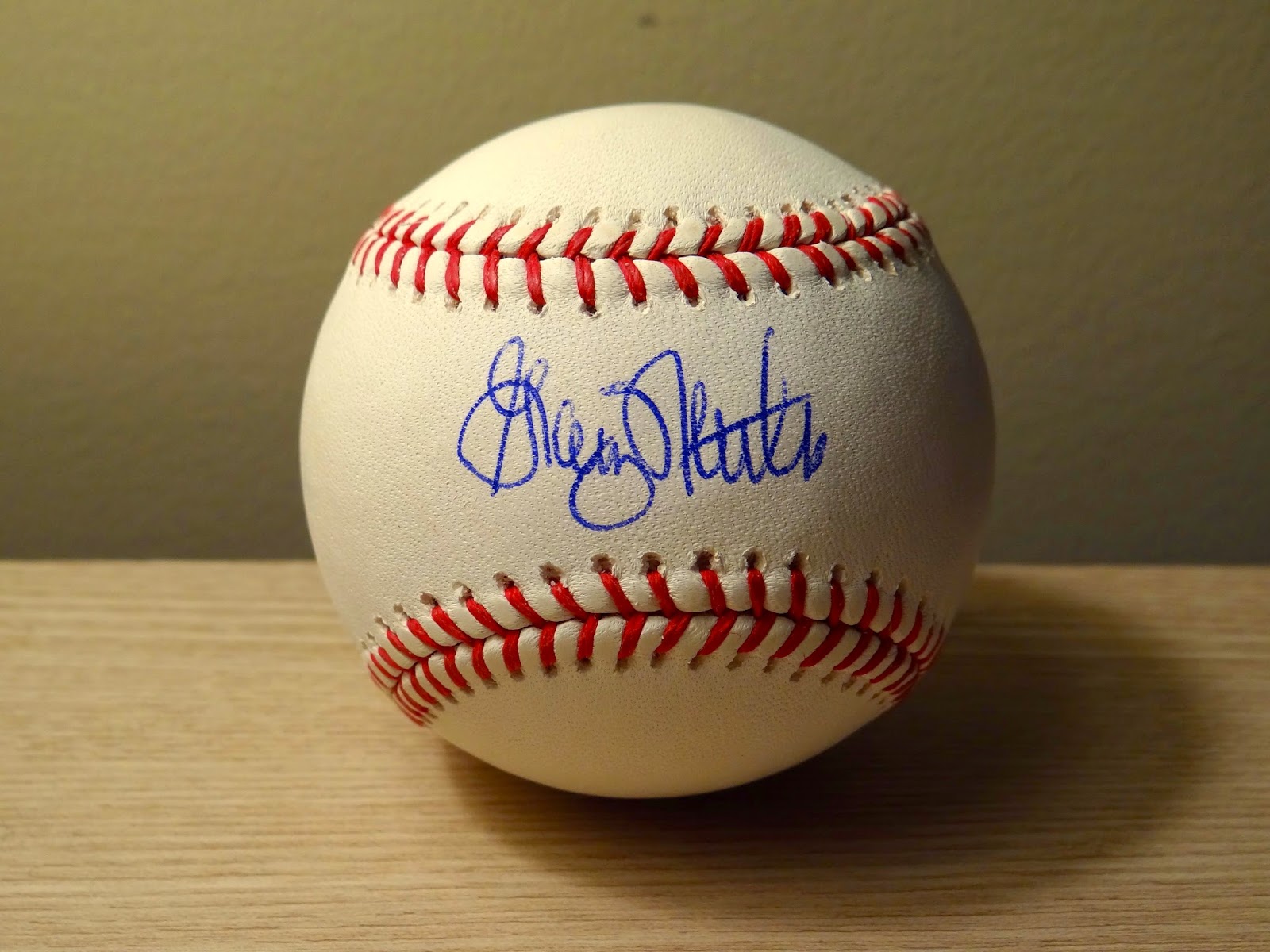 He was able to hook me up with this really nice Graig Nettles signed ball! I met Nettles once and had him sign my Mantle picture, but I wasn't particularly impressed with him and I haven't heard the best stories about him as a signer. However, he was a great player, and deserves to have a spot in my Yankees collection; and I think this ball will help do the trick! It was actually taken out of one of those TriStar baseball boxes, and Michael didn't really want it, so I was able to take it off his hands for a good price.

I'll always think of Nettles for his defensive prowess, but he was an above average offensive player too! He would've won more than his 2 Gold Gloves if he didn't play at the same time as Brooks Robinson, but Yankee fans remember him for his ability to make flashy plays at the hot corner. I played third base for a while in high school, and let me tell you, it's not easy. He was also named the 11th Yankees captain in franchise history in 1982, and with this ball I now own a signed baseball of their 11th-14th captains (Nettles, Randolph, Guidry, Mattingly)! I'd like to get a Jeter ball once his prices settle down a little, but that may be as far as I can go back, because Munson balls are hard to come by and don't run cheap at all. I thought it was particularly cool to have that streak of 4 players in a row though, and I'm glad I was able to make this deal with Michael.

Thanks for the help and great business Michael! See Ya!
Posted by Drew at 11:00 AM