Hey guys, Drew back here! Another school week is in the books (see what I did there?) and it's time to kick back and take a little break to show off a sweet new TTM I got back at the beginning of the month! I also was able to get some 2015 Topps yesterday at Target, and I'll be able to show those off relatively soon. But first, check this out: 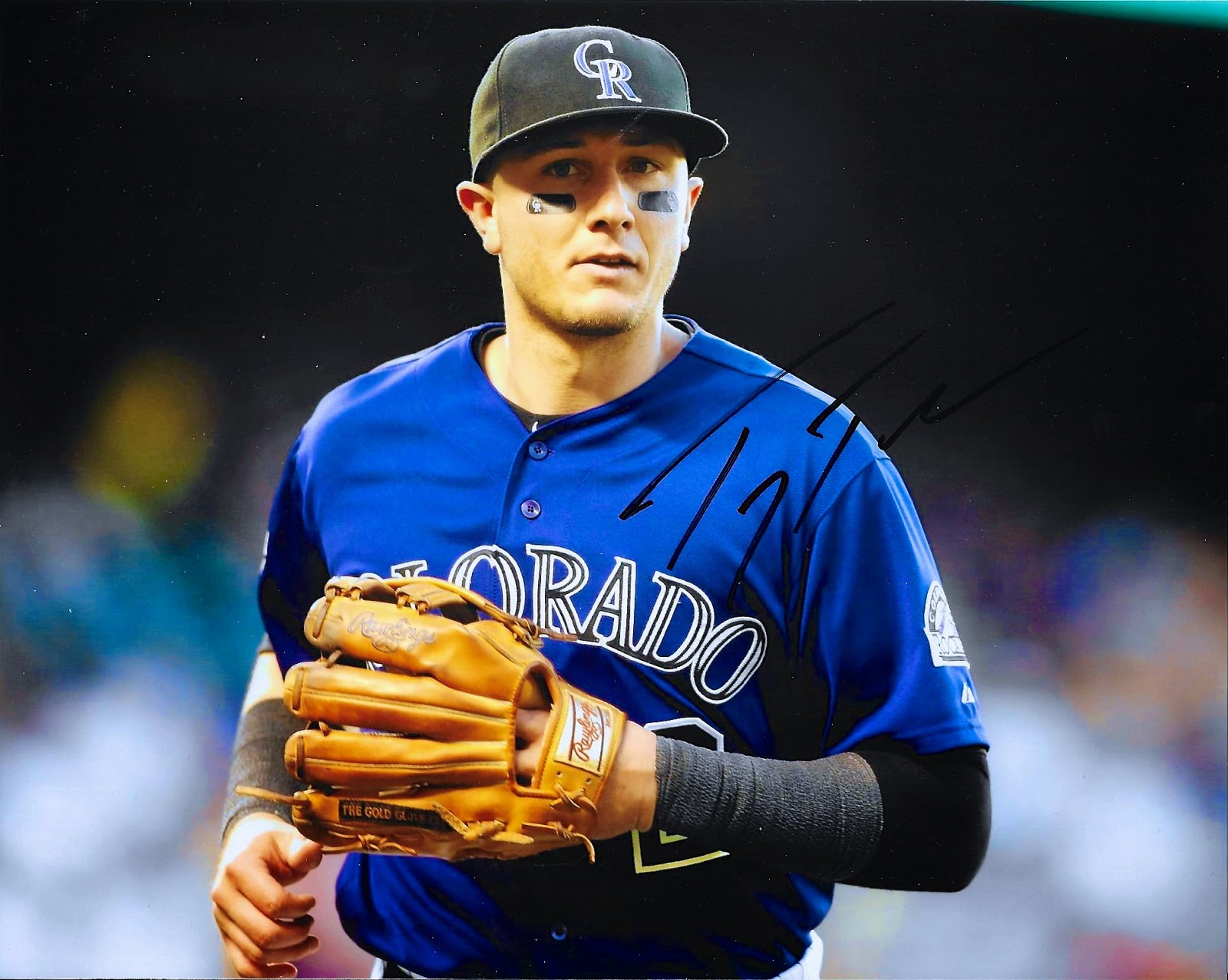 The scan doesn't do the autograph much justice, but this is indeed a Troy Tulowitzki signed 8x10! I've been a big Tulo fan over the past several years, as he has been a tremendous fantasy asset of mine. He does get injured about once a year, but usually seems to make up for it by smacking about 15 home runs in one month or something absurd of that nature! He is easily the best shortstop in the game when he's healthy, and I took full advantage of the Rockies autograph charity system. Last season, if you were to send any item and $25 to the team you could have Tulowitzki, Carlos Gonzalez, or Justin Morneau sign for you! I'm a fan of the other two players, but I wanted something nice to display of my new favorite shortstop in the game (god, that's a weird thing to say).

I don't know if Tulowitzki will be around in Colorado for much longer, but it seems like their asking price is a bit high. The Rockies should try to get younger and give this guy a chance to contribute to a championship team before he breaks down even further, because most people can see that his all around talent is generational. I'd personally like to see him on the up and coming Mets, but if they were to have to shed a good portion of their young pitching it really wouldn't be worth it.

Regardless, I'm very happy with how this turned out. If any of you are interested in the Rockies autograph system, here's the link from last season. I would recommend to send during the season and not to Spring Training just to be safe. This success took much longer than I thought it would, but sure enough I came back with a nice autograph from a fantastic, 5 tool player.