Hey guys, Drew back here. I have officially kicked off my second semester here at home; as my first week wrapped up today. It has been an overwhelming, but welcoming transition, and I have a great feeling that it will be what I was in need of for a strong college education. It is more competitive, and the area has much more to offer, and on top of it all, I get to spend those years with my family and some close friends! With all of that in mind, I got a TTM success a few weeks ago that I really didn't expect to see come back, but I'm beyond happy it did. 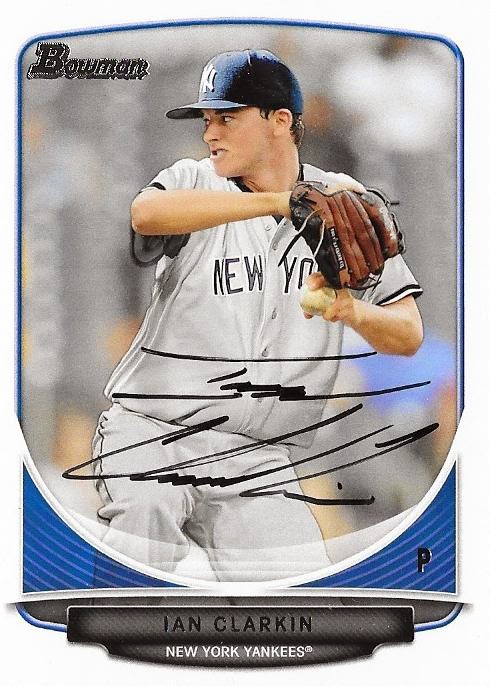 Baseball America ranked current pitching prospect Ian Clarkin as the 6th best prospect in the Yankees organization for the upcoming 2015 season! Clarkin was drafted at the end of the 1st round of the 2013 draft out of San Diego, and pitched very well in 2014. Although the Yankees haven't particularly scouted pitching prospects all that well over the recent years, but between Clarkin and the highly regarded Luis Severino, there could be good years to come in the Bronx following the eventual conclusion of the CC Sabathia era. 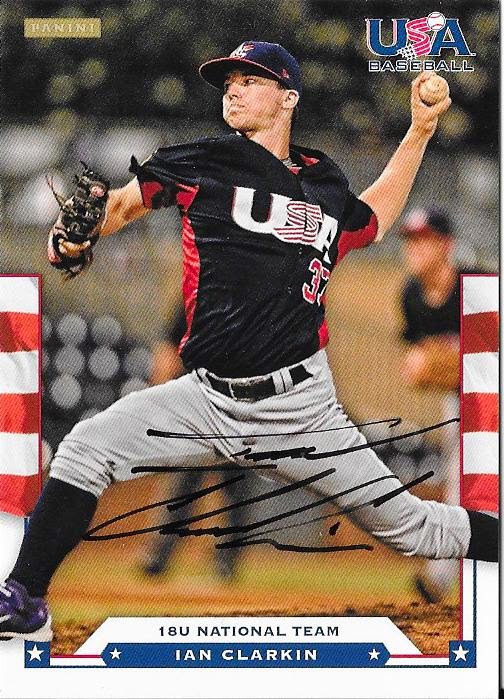 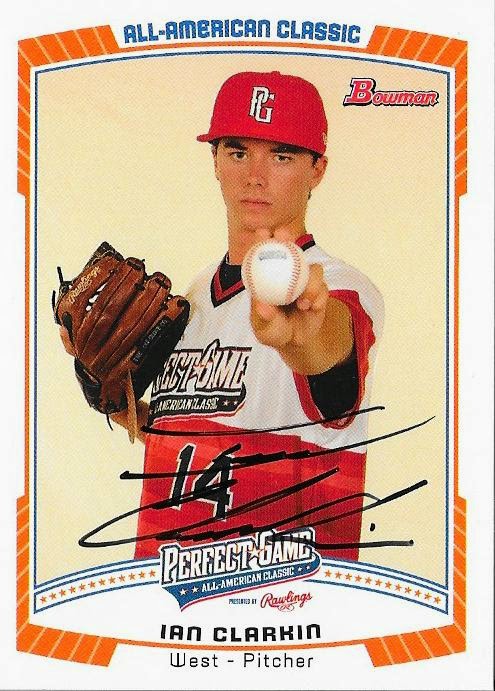 I only sent Ian the 2013 Bowman Draft Picks and Prospects photoshopped card seen above, but he went out of his way (or was mistaken); sending two additional signed cards out of 2012 Panini USA National Team and Bowman All American Classic. He signed each card in black, and to be honest I think his signature is sort of neat.

This was a pleasant surprise without question, and I'm hoping Ian will make it far in the future. The Yankees could realize use the second coming of Andy Pettitte on the mound every 5th day.

If all things go well, I should be attending a pretty special event this upcoming weekend (pending weather of course), and if I do I'll be sure to show you all the results. For now though, See Ya!
Posted by Drew at 3:55 PM