Hey guys, Drew back here. It turns out that my Tuesday class has already been cancelled all in part to a large snow storm heading through the Tri State area over the course of the next day. To all of you facing this storm tomorrow, be safe, because it certainly doesn't sound pretty. Fortunately, my Dad and I squeezed the Pinstripe Pandemonium show just in time before the storm yesterday, so I've got a whole lot to write about over the course of the next few days. At this show I was able to add 4 big names to my Mickey Mantle project. The first of which was one of the most prolific stolen base threats of all time, one whose veteran leadership helped guide the Yankees to their 1996 and '98 World Series championships. 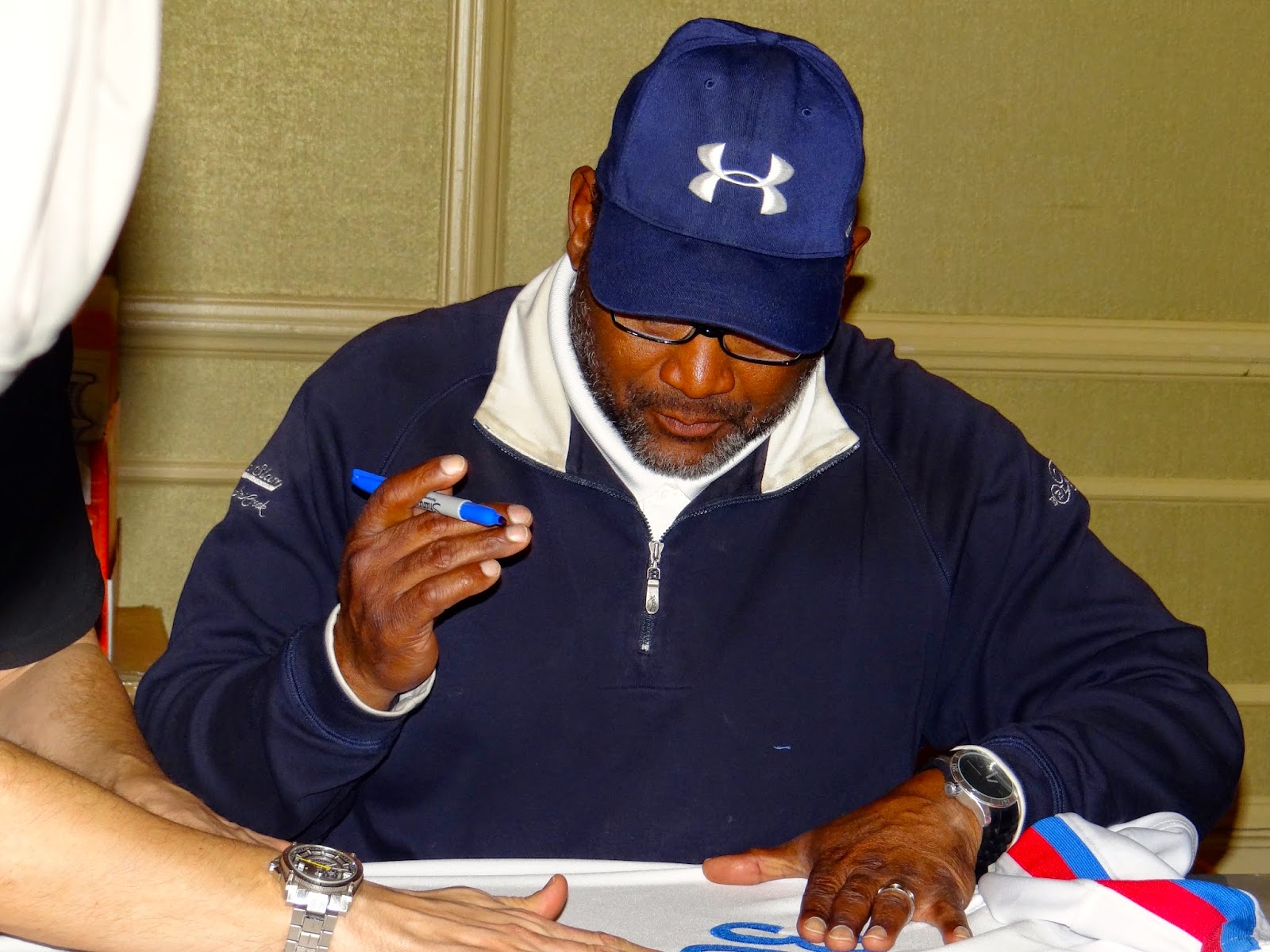 Tim "Rock" Raines was the first player I met on Sunday! I recently discussed Rock's case for the Hall of Fame when I revealed my 2015 ballot, and I easily voted him as one of my 10 inductees. Had it not been for Rickey Henderson, Raines would be calling Cooperstown home, but instead rode in the shadows and also faced drug issues right in the height of his career. However, since then Raines has been fully clean and recovered, and he was friendly to me when I got to step up and meet him. 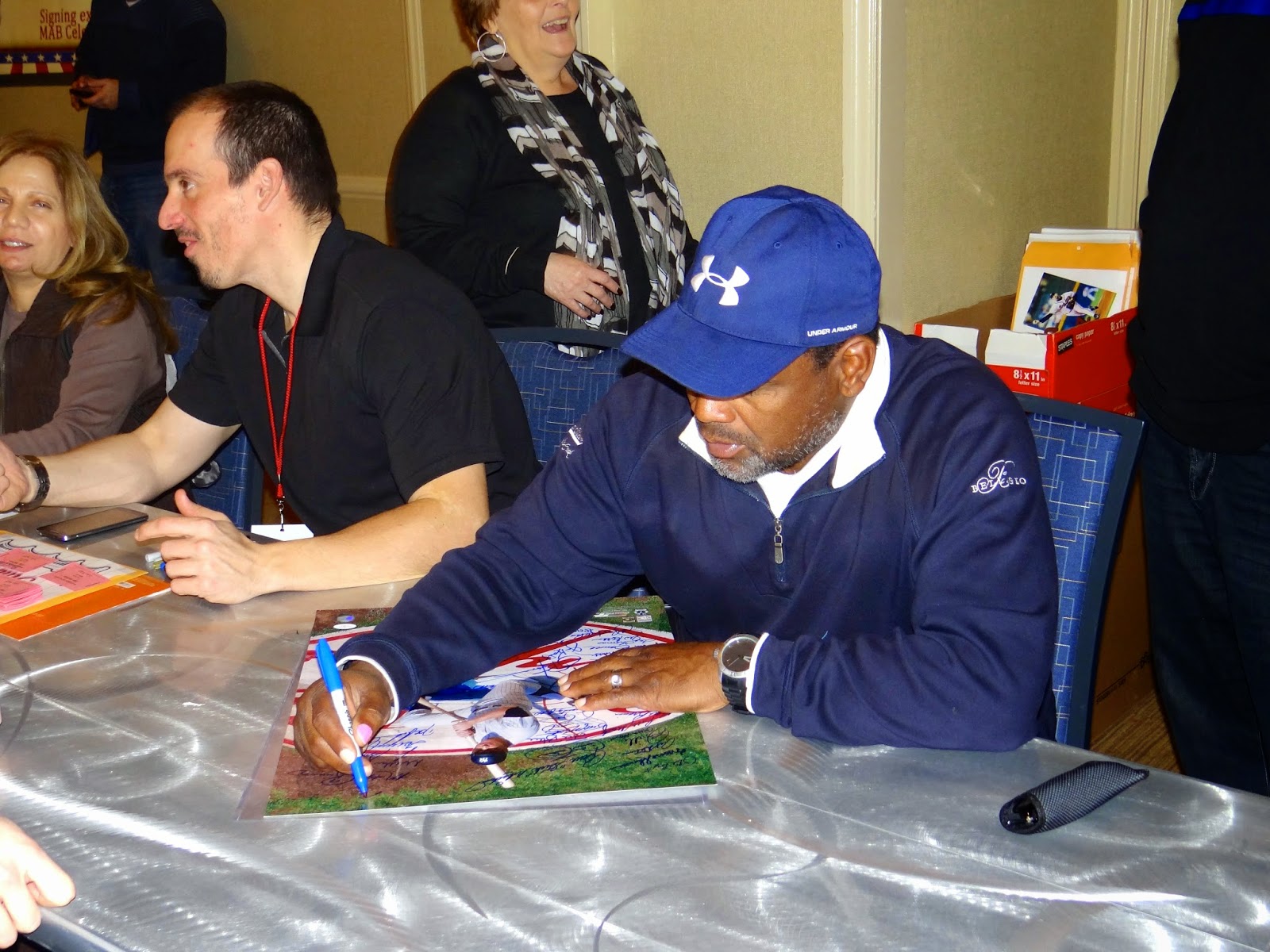 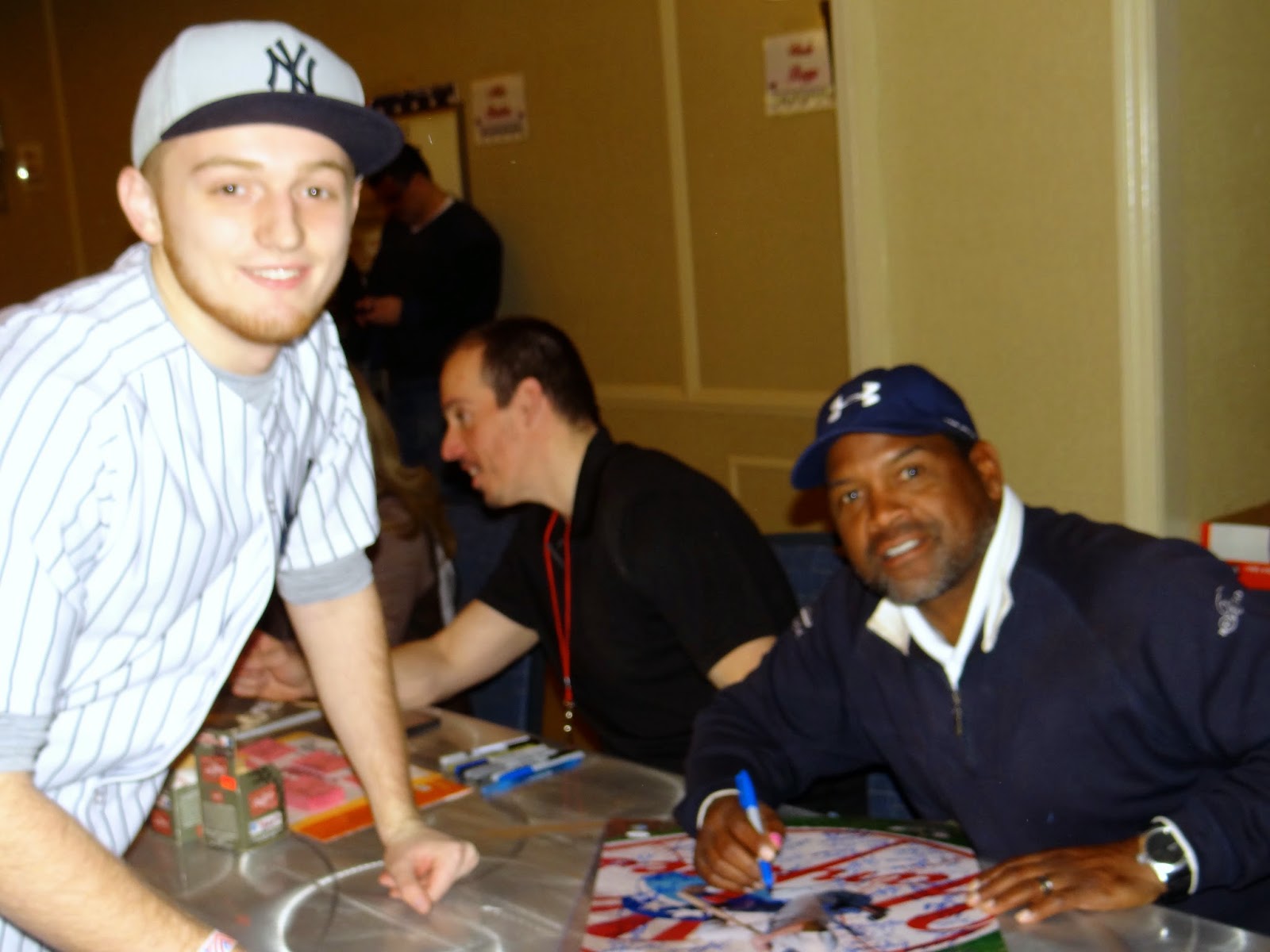 It completely slipped my mind to wish Raines the best of luck on the ballot, which comes out of nerves without a doubt, but I do really hope he makes a final push and gets in. The former Expo was dominant during his prime; and despite his career possibly lasting a little too long, I believe he has the credentials to sit in a lower tier of hitters in the Hall along with guys like Jim Rice and Andre Dawson. One thing I noticed was that he was quite small for a baseball player, but maybe that size difference helped him steal more bases. He's probably one of the first players I've met that I can say I'm taller than! 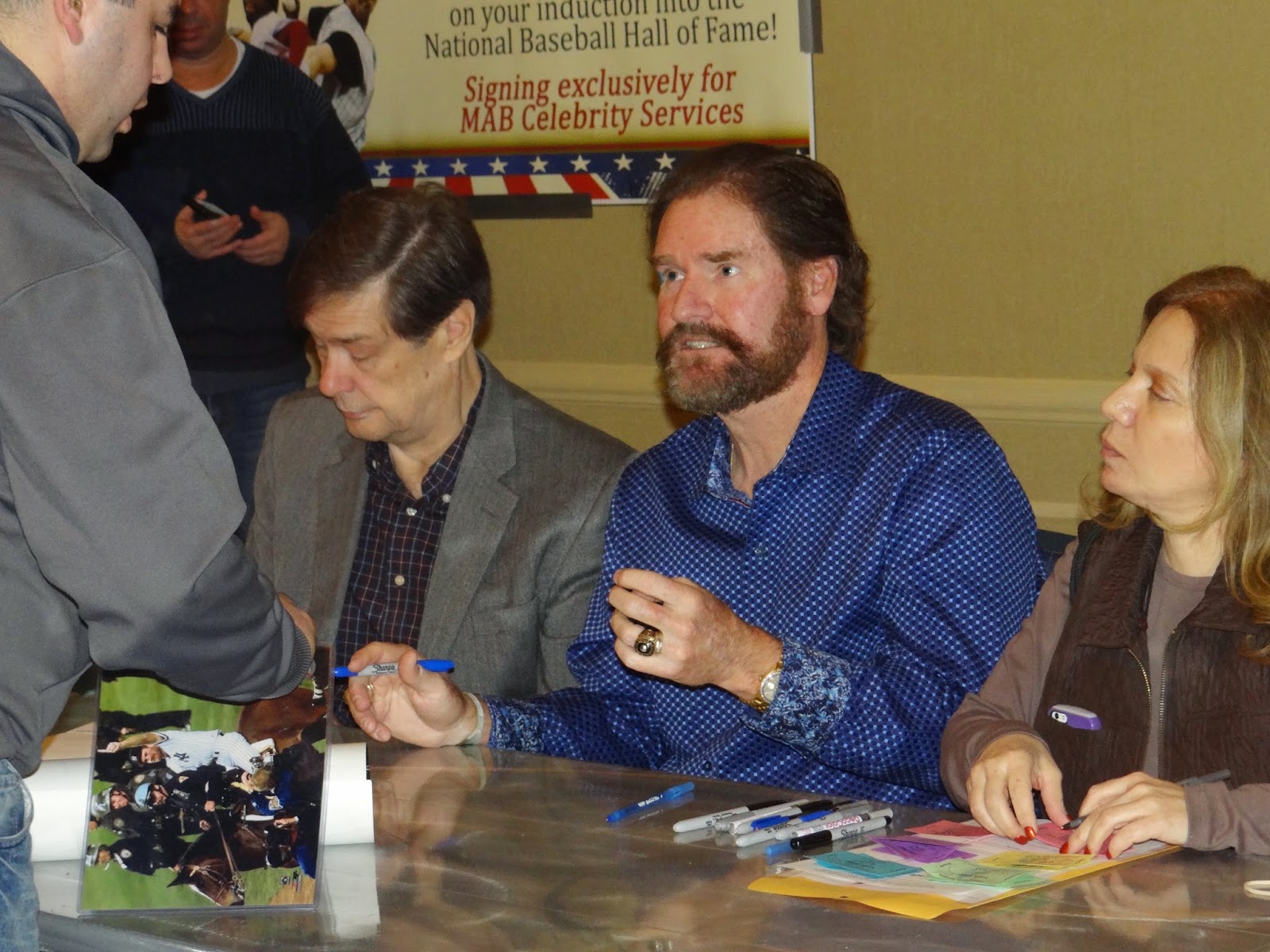 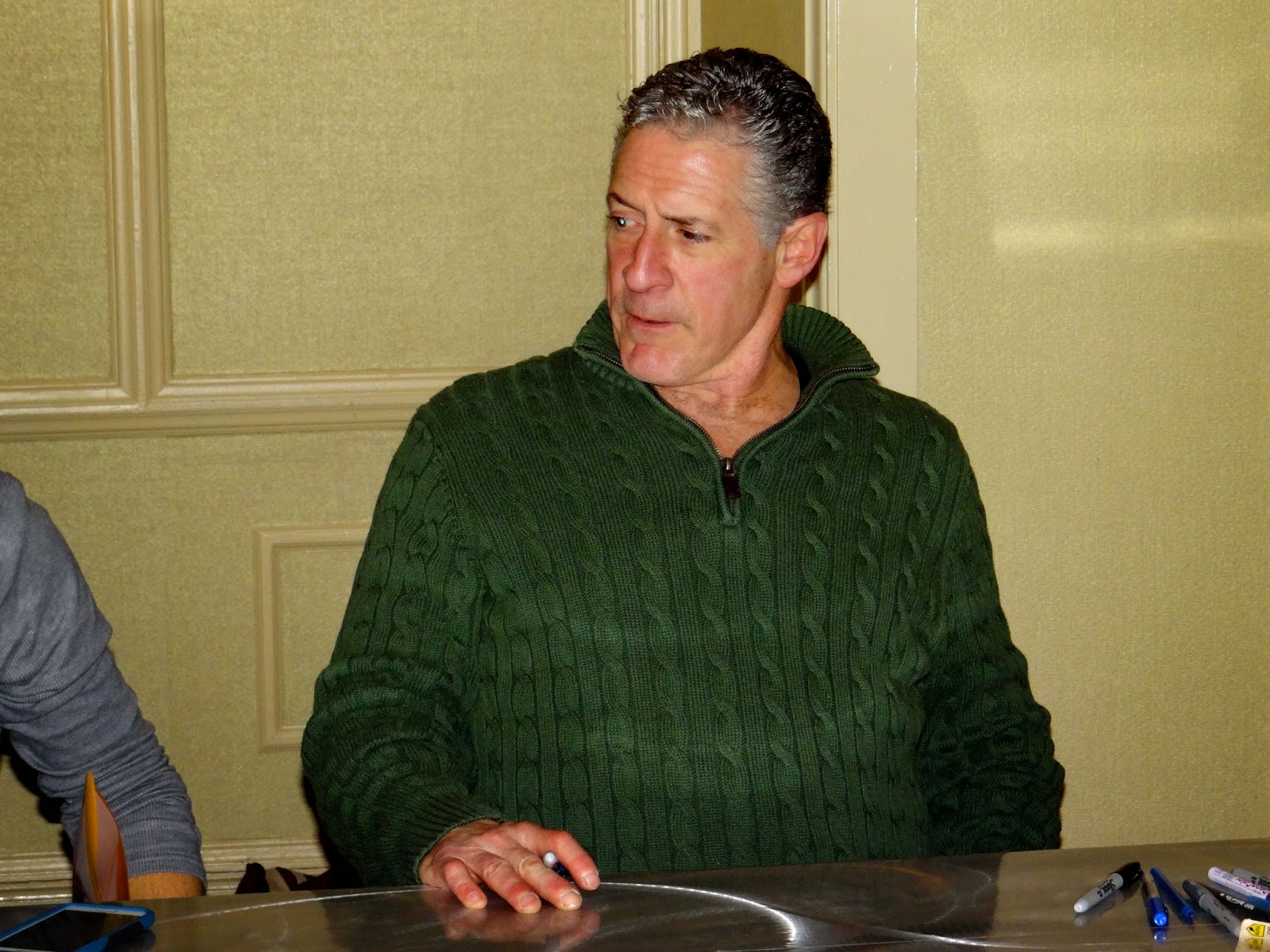 This autograph show was loaded with star studded talent, and it was so difficult to pick and choose who and what I needed to get most. Wade Boggs and Mike Pagliarulo surrounded Raines on each side respectively, and the place just felt like a red carpet event all day. 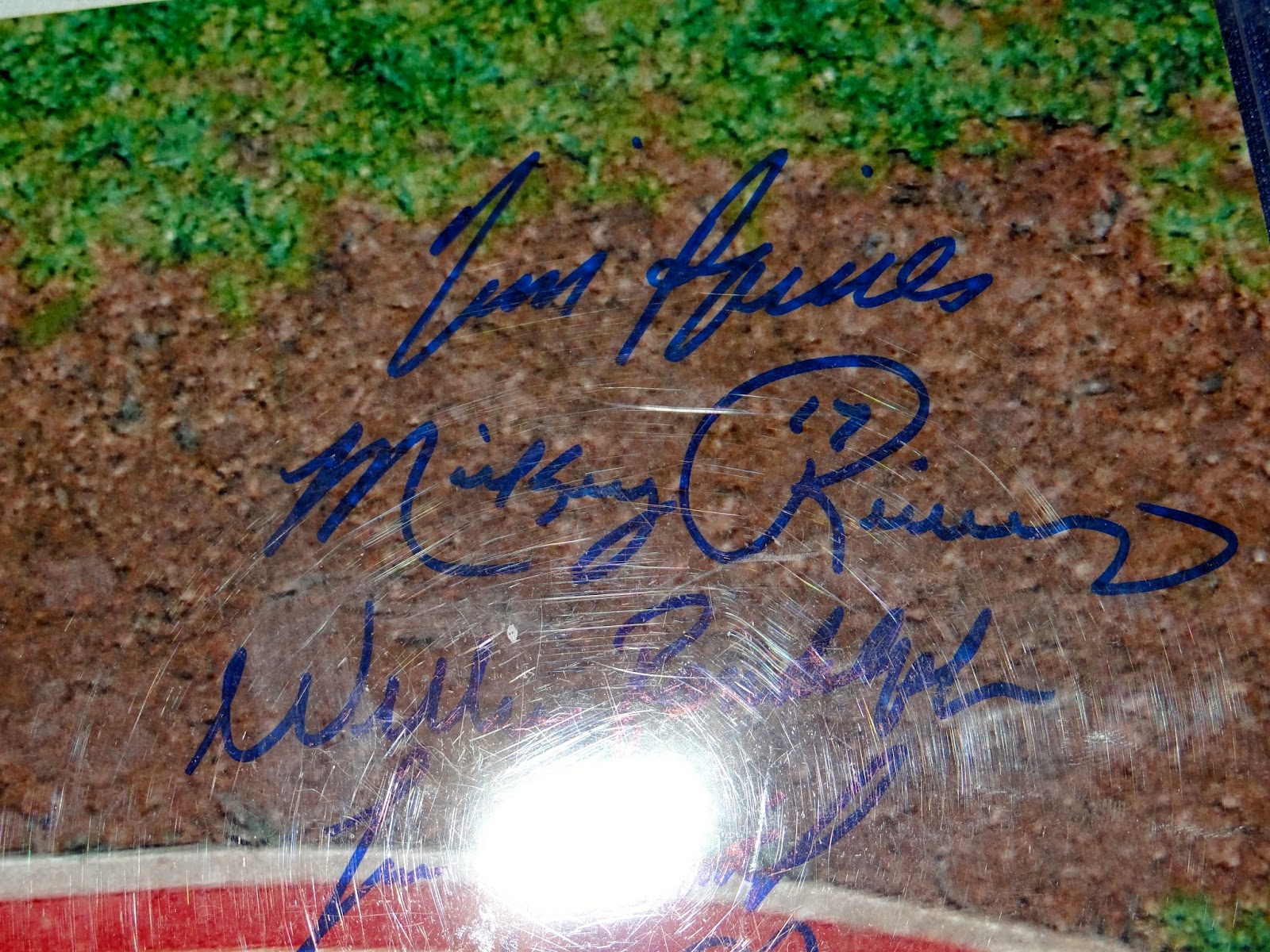 My original idea was to put Raines alongside Rickey Henderson towards the bottom of my Mantle 16x20 project, but I then decided to let him shine in his own light as he deserves, and instead filled the top right corner of the photo with speed. Raines is above Mickey Rivers and Willie Randolph, and he signed it beautifully in blue sharpie. I love the way it came out, and while I wouldn't have also minded to have a ball signed too; I'll be able to get that taken care of soon (and hopefully with a Hall of Fame inscription)!

I'll be back tomorrow with more to report from a fantastic day of graphing! Again, everyone in the Northeast, be careful!