Hey guys, Drew back here! I usually try to avoid mentioning that I'm a Jets fan, as they are a circus year in and year out. This year was a total catastrophe for the team, and I'm not going to even bother opening up a discussion. However, they did add a new head coach for next season, former Cardinals DC Todd Bowles; who I've heard several good things about. Hopefully one day I can see Gang Green hoisting up a Lombardi trophy, but it may be wishful thinking. A few weeks ago I sent out 8 TTM requests to some former Jets I came across while cleaning out my basement, and I've already got two of them back! 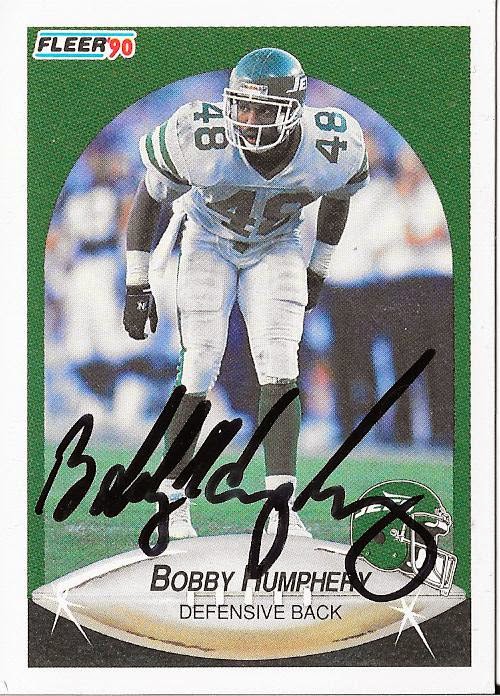 Humphery was a relative unknown player throughout his career, but did play for the Jets as a cornerback between 1984 and 1989. He also was a solid kick returner throughout his time with the team. He signed a 1990 Fleer nicely for me in black sharpie! 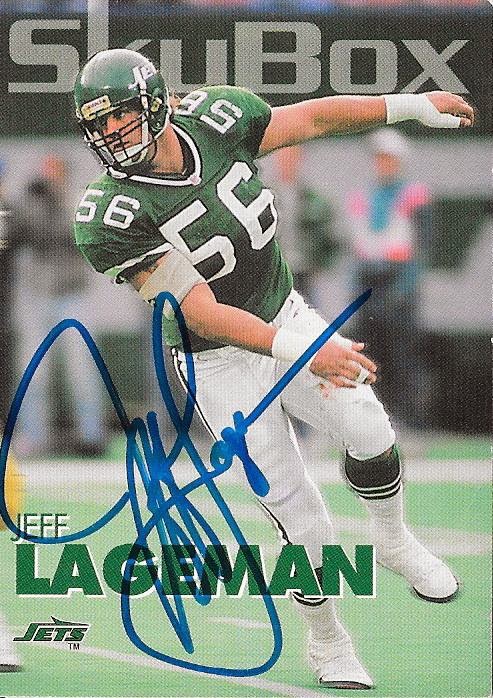 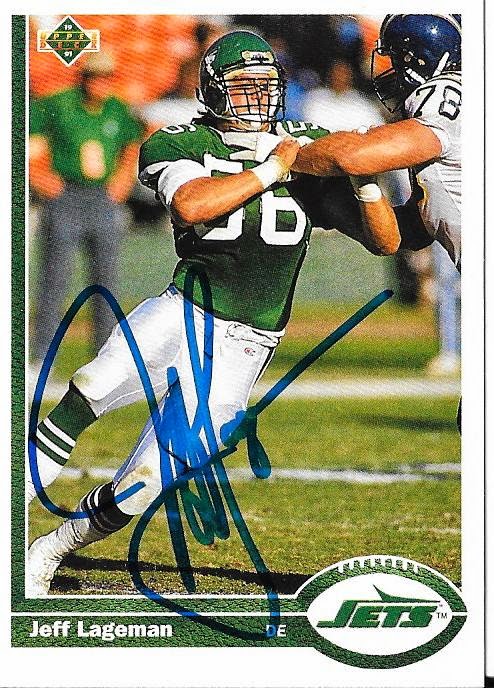 While Humphery wasn't exactly a household name, Jeff Lageman had a few great years with the Jets and currently works as a broadcaster for the Jacksonville Jaguars. He recorded 47 career sacks throughout his career, 10 of which being in 1991; perhaps his finest season. He signed two cards for my collection in blue sharpie!

I'm very happy to broaden my collection with some beautiful Jets autographs. I've tried so many times to change teams to break away from rooting for them, but I've never been able to let go. I'm going to keep believing that it'll get better... maybe Todd Bowles can make magic happen. We will see.