Hey guys, Drew back here. I ended my Friday night with some pretty difficult news to swallow. Mr. Cub, Ernie Banks, passed away at the age of 83 in Chicago. 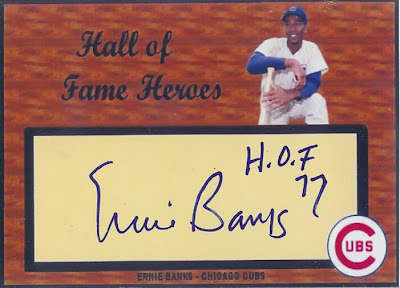 Over the past year or so, I've used all of the great experiences I've gotten from fans, stadiums, and players to become a more well rounded baseball fan. I can say today that I am a fan of baseball as a whole even more than I am a Yankee fan, which doesn't mean anything against my Yankees but gives respect to all of the other legends who have came and went in this great game. One of the trailblazers for my newfound love for my favorite game was Mr. Banks, whose personality stood larger than life and made his actual baseball career an afterthought. It takes a pretty special man for their heart and passion to surpass his credentials; which include 14 All Star selections, 2 NL MVP's, a retired number at Wrigley Field and a plaque in the Hall of Fame.

I've been meeting current and former players at sports card/autograph shows for over 5 years now with my Dad. We've seen the good, the bad, and the ugly when it comes to players' attitudes while signing for the fans. We've seen players openly tell their fans they have to leave to catch a flight, and players spend entire experiences with fans while talking on their cell phones. For every great experience we've had has come about 3 average ones and 1 below average one. But nobody I've met has ever been as down to Earth and lovable as Ernie Banks was to my Dad, my best friend Mike, and I on August 20th, 2011. And I'm truly convinced that nobody I've met ever will carry themselves quite like the Cubs hero. He made a steeply priced autograph ticket worth every penny to the three of us, and provided entertainment to everyone in the building, even staying well past his scheduled signing time to accommodate to each and every person in line (Click here to read about my time with Mr. Banks that day).

Some people got to spend a great amount of time with Ernie throughout his life. I only got a few hours, but those few hours were filled with memories I'll never forget as long as I live. 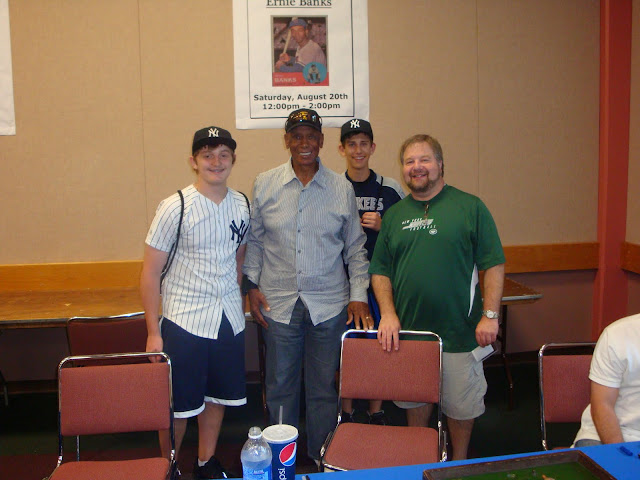