The Perfect Addition to my Mantle Project!

Hey guys, Drew back here. I have officially survived #Snowpocalypse2015, as online idiots may refer to those six inches of snow as. I love how every time some sort of disaster is expected nothing ever ends up happening. Anyway, we now continue my recap of my Pinstripe Pandemonium experience with a meet and greet with perhaps the most perfect man alive. 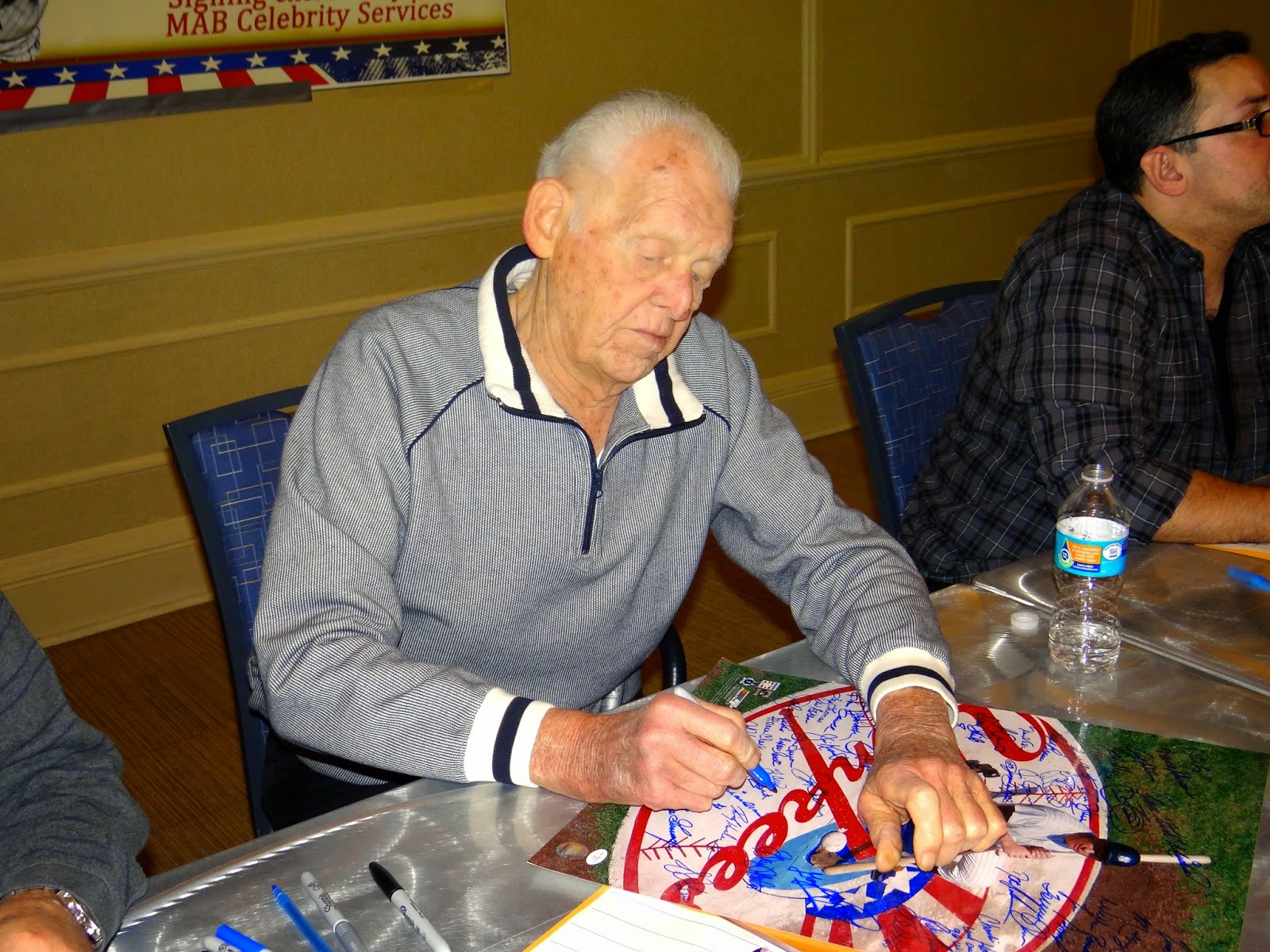 I've been recently beginning to rule out the fact that I could meet Don Larsen, until one day when his name showed up on MAB's website. Don is now 85 years old, and he isn't getting younger. I ordered my Larsen tickets in advance prior to the show to make sure that if he was there that I wouldn't miss out. However, last weekend we faced a relatively big snow storm, and 7 players cancelled from Saturday's lineup; most of whom were elderly players from Larsen's era. But Larsen still made it on Saturday and Sunday, and apparently when asked why he still wanted to go to the show even with the storm Larsen said something to the likes of "These fans are paying their money to come and meet me. So I'm going to go and meet them." You really have to love hearing things like that, especially to counter the fact that we also were under the same roof as Mr. 4 fingers himself, Jose Canseco. 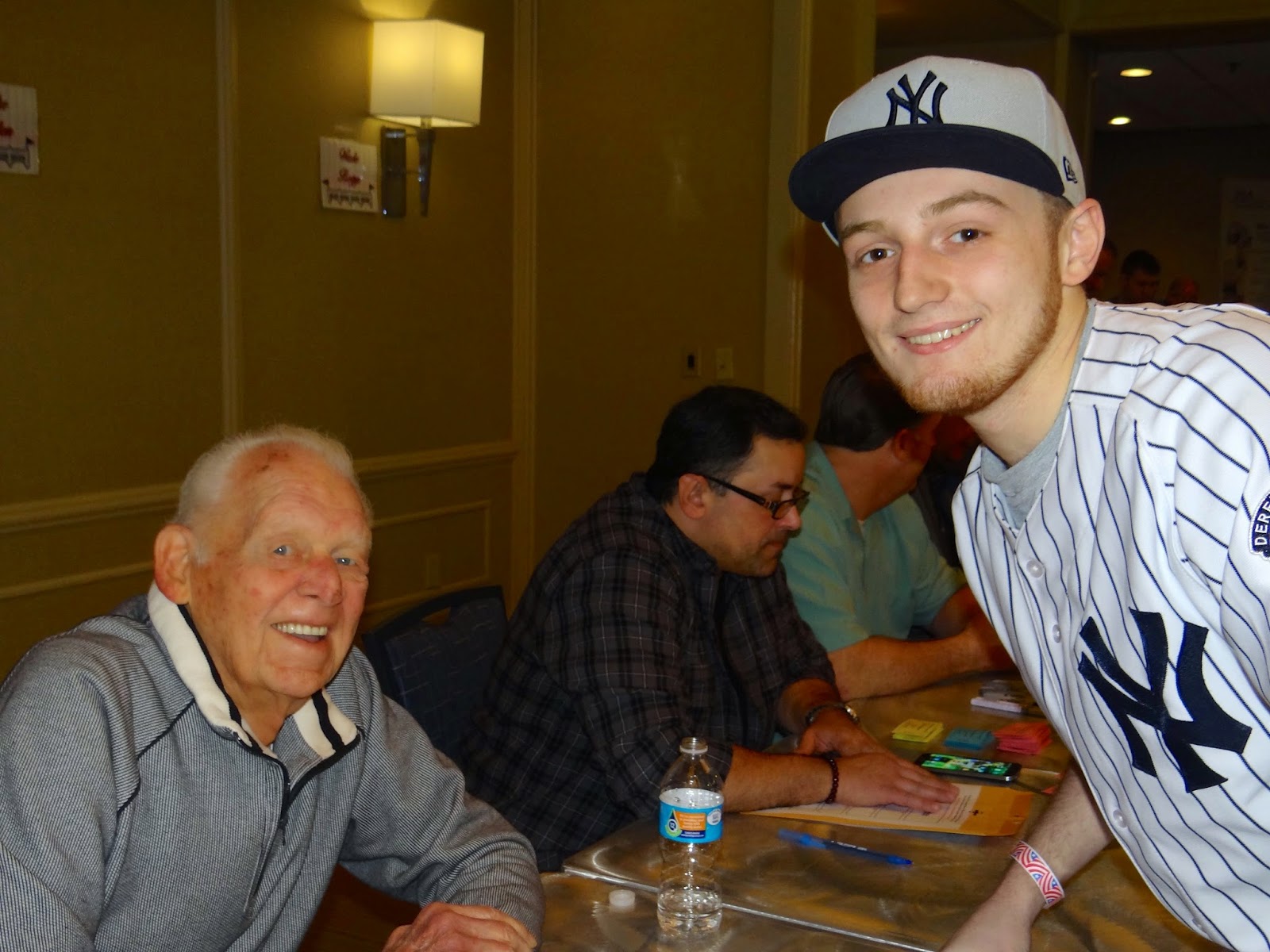 Sure enough, I was fortunate enough to receive a chance to shake the hand that released the ball for 27 consecutive outs in Game 5 of the 1956 World Series. Larsen still is the only pitcher to throw a perfect game in the World Series, and to be honest he may always have that legendary achievement kept to himself. With all the media, pressure, and noise in today's ballparks, I would be shocked if anyone could ever match such a feat. There wasn't much else to Don's career, but man if I'd want to be known for one particular moment, there is nothing sweeter than having one unique day with the greatest franchise in sports. 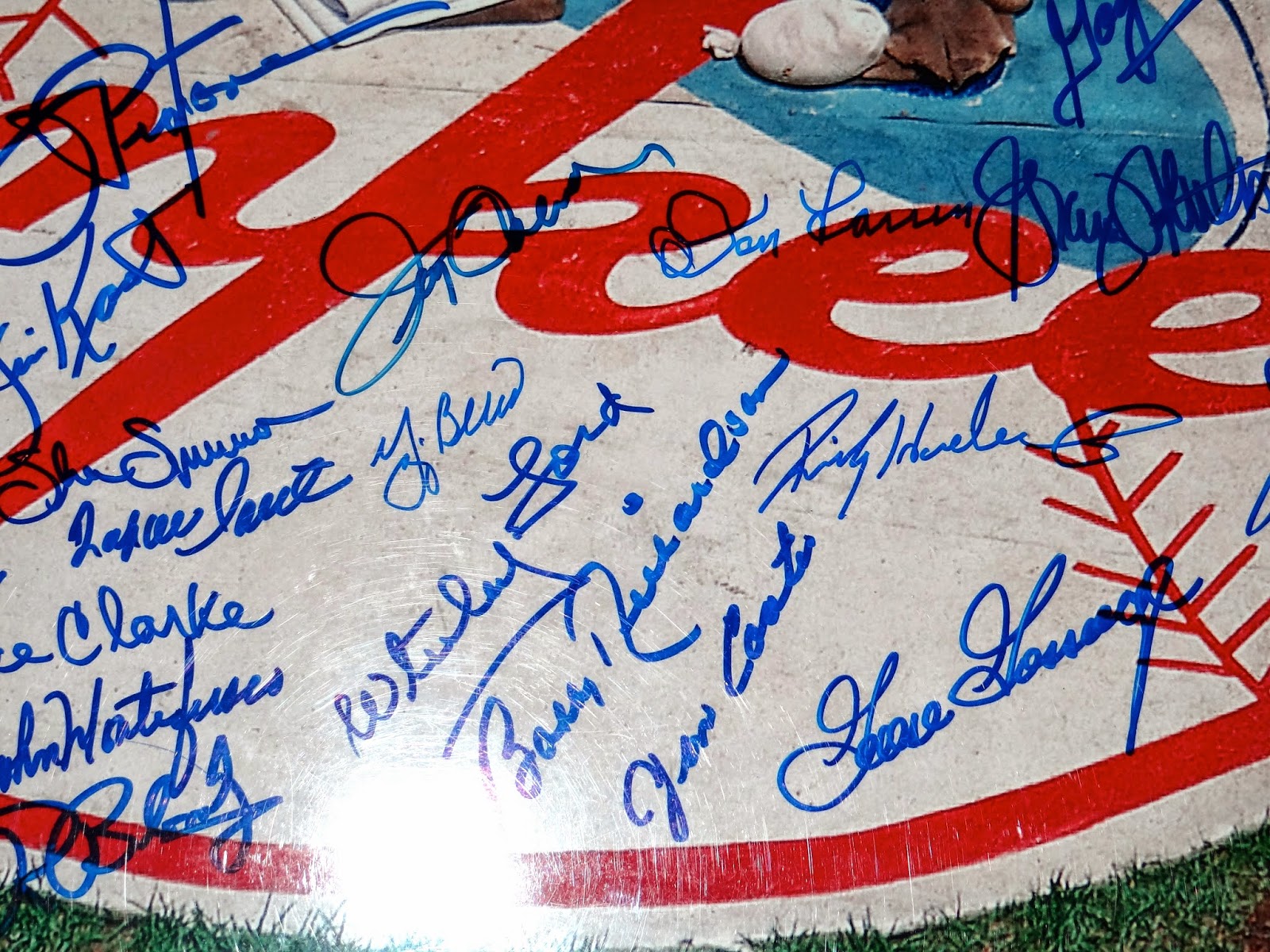 Mr. Larsen kindly obliged to sign my Mickey Mantle 16x20 directly next to his battery mate and Hall of Fame teammate Yogi Berra in the lower center area of the picture. I would've liked him to have placed it a little further in to fill in the open space, but beggars really can't be choosers. He was an extremely friendly man, and seemed to have much more energy than I would've ever believed. It was a true honor to get to say that I had a moment to share with someone as etched into Yankee lore as he is. He is the first pitcher to have throw a perfect game that I've gotten to meet thus far in my life, and what a way to kick off that list.

Thank you so much Don Larsen for the kindness displayed throughout the day and for the beautiful signature. He marks the 54th autograph on the project. We have a few more special moments to share from a magical day filled with pinstripe pride. Stay tuned for more!