Give Me All the Bacon & Eggs You Have: TTM Return

Hey guys, Drew back here! It is officially one of my favorite days of the year, the Hall of Fame induction day. If you didn't see, yesterday I posted my ballot for the Hall of Fame and my predictions. I'm guessing that 3 players will make it but am hoping for 5 to 6. I guess we will see.

In the meantime, I got an absolutely awesome TTM back last week from Parks & Recreation star Nick Offerman! My girlfriend and I watched Parks over the course of last summer and loved every second of it (with the exception of the shortened first season, perhaps). Ron Swanson was our favorite character in the show because his stubborn but loving personality was so relatable and hilarious to watch, and I was sure to let Mr. Offerman know that in my letter I sent him. 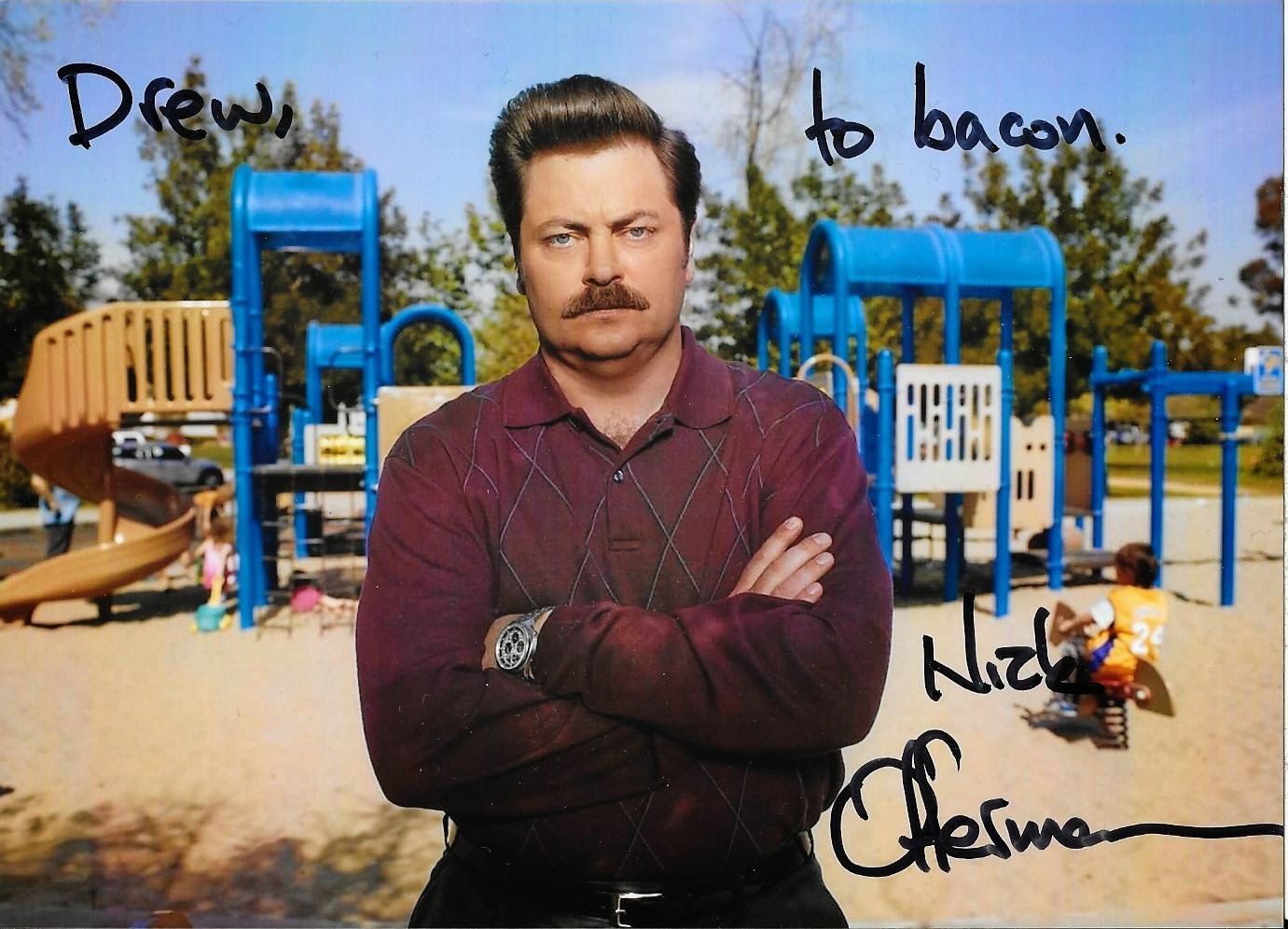 Nick signed 2 5x7's, one written out to Drew and the other to my girlfriend Victoria! He personalized both pictures, and wrote "to bacon" on my picture, which reminds me of one of his finest moments on the show. I surprised my girlfriend with the other autograph as a late Christmas present and she really loved it. I wrote in the letter that I wanted to give her an autograph of his for Christmas, and he must've read that because he wrote on my letter "Sorry if I'm late!", which was an added bonus.

Overall, this success may not stand out to anyone unless they've watched Parks & Recreation (strongly recommend it to any of you dry humor lovers), but is one of my favorite personal successes yet! Thank you so much Mr. Offerman for the amazing Christmas gift, and See Ya!