A Special Day All Around!

Hey everyone, Drew back here! Normally, July 24th seems to be the day of the election into Cooperstown, and this year the Hall of Fame welcomes legendary GM Pat Gillick, Blue Jays second baseman Roberto Alomar, and Twins pitcher Bert Blyleven! Before I reach my point of this post I'd like to congratulate the 3 of them! But also, as I was saying, is the special 15 year anniversary of my existence! Yeah, it's my birthday! Another year went by extremely fast, and I can't believe that I can vividly remember writing this very same post on July 24th, 2010. Many people tell me to enjoy my teenage years because they always hope to have them back, and I can see what they're saying, other than the whole 10 months of school deal.

So, my main gift this year was my new Xbox 360, which, other than a very annoying and time-consuming problem with the "Live" program, was worth almost every penny! The graphics and overall quality of the games are top notch, and we got some nice deals along with it! Also, I'm saving every dollar I get for the August White Plains show, where I'm planning on meeting 2 Hall of Famers and a future Hall of Famer, which will be sweet!

Anyways, I felt like since it was my birthday, I should share to you guys what my buddy William, from the blog foul bunt, got me! He always knows how to get this blogger happy, and he came through once again when he certainly did not have to! Check it out: 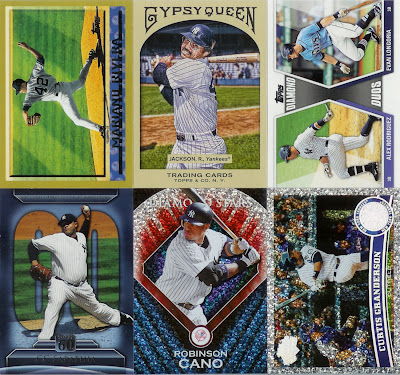 First were a few extras he saved for me since the last package he sent me, and definitely some nice ones to add to my player collections and Yankees collections! I needed the Cano Diamond Stars most, out of Topps Series 2, and the Granderson diamond parallel was certainly a nice addition too! 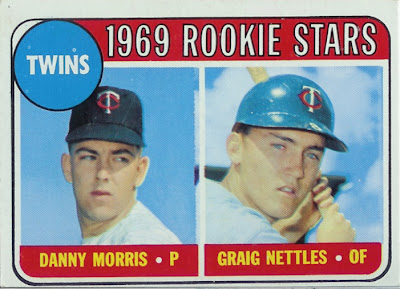 Next was a card he purchased for me at his last card show, a 1969 Topps Graig Nettles rookie card! I just realized that with the addition of this card, I now completed the trifecta of Nettles! I'm sure I've completed more, and I'll have to double check soon and write something up about that, but it's cool to have a trifecta of one of the top defensive third basemen of all time! Morris was never a major success, but Nettles was definitely a very good player in the 70's. 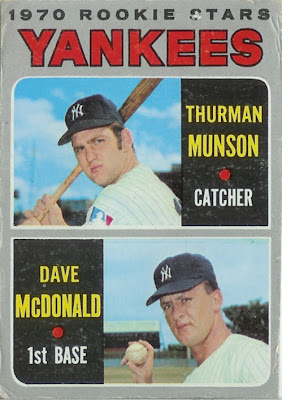 The main gift this year was a card I've lost frequently on eBay, and one that I really wanted! Out of 1970 Topps, its the famous Dave McDonald rookie card! HAHA if only Dave McDonald was half as good as the other guy on the card, Thurman Munson! I've watched a lot about the 1970's Yankees teams, and its safe to say that while Reggie thought differently, Thurman was the "straw that stirred the drink", and the ultimate leader/team player! If not for his horrible accident and untimely death he could very well be appearing as a member of the Baseball Hall of Fame today!

I've also watched the game after his death before, and seeing guys like Reggie Jackson, Nettles, Billy Martin, etc, crying about his death during the game just showed how much he meant to the organization, and seeing the thousands of crying fans showed that he was a Bronx legend for sure. The Yankees did a great thing retiring his uniform number and preserving his locker, which can be seen in the Yankee Stadium museum today.

I had his 1971 Topps card, which definitely showed his guts and toughness behind the plate, but I'm so happy William helped me add the actual rookie card to my collection! Thanks so much man, way to make my birthday so much better!