Trip to the Card Shop - Strasburg!

Hey guys, Drew back here, and yes, I'm desperate enough to put Stephen Strasburg's name in the title just to get more views. Ok, don't click out of my blog just yet, there is Strasburg in this post. So crazy Strasburg collectors, please read on. ANYWAY, I went to the card shop over the weekend to blow $40, because I wanted to and I can for some reason. I actually had a $40 gift certificate to the shop so I just goofed off and wasted some cash, like most collectors do at the shop. Got some supplies, the new Beckett with Jeter on the cover (yes, Halladay is on the flip side of the cover but in New York they do show Jeter off), and then some packs and 1 relic. Yeah, kinda pathetic for $40. But whatever, this is what I got: 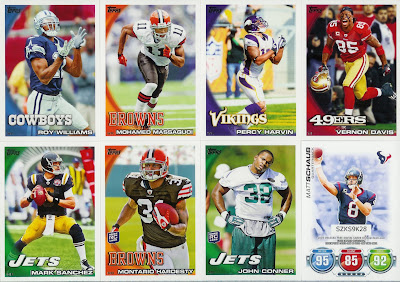 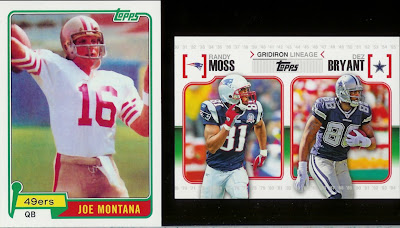 First off was two packs of 2010 Topps football. This was my first experience with it, and I must say it was pretty nice. In the first pack I pulled 2 Jets, the 2 I would take over anybody right now, Mark Sanchez, and my very first card of future Pro Bowl fullback John "The Terminator" Conner! I had no clue he was even in the set, you should've seen my face when I pulled that bad boy. Then my cool inserts were the Moss/Dez Bryant Gridiron Lineage, and a original back Cards Your Mom Threw Out of Joe Montana. Awesome. 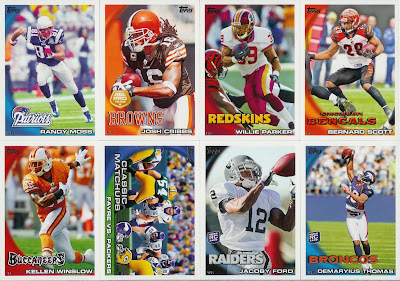 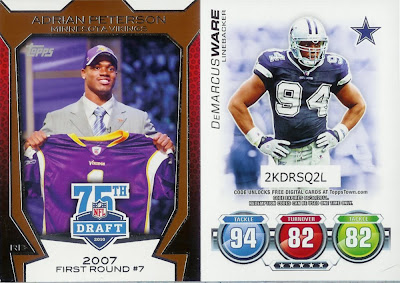 The second pack didn't yield much of anything, just a Demaryius Thomas RC and a Favre "Classic Matchups" card. The design looks better on football than baseball in my opinion. The lone "good" insert (notice how Attax doesn't count) is an AP Draft Anniversary card. Very nice insert I must say. 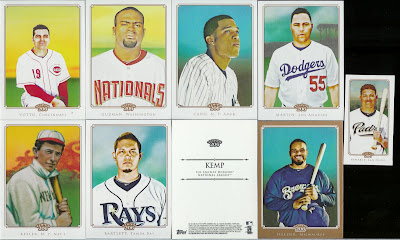 Then I got 2 packs of 2010 Topps 206. Yeah. I did. Me of all people, tried some of this garbage. But now, I kind of like it a little. Me you ask? Yes. I kinda enjoyed it. Even with some creepy mugs of people with odd hairstyles. I like the Prince Fielder bronze, that's pretty awesome, and I pulled a Cano! Can't go wrong with Robby Cano "Don't Ya Know!", especially for my Cano collection. Also got a Will Venable "Polar Bear Back" (what the heck kind of name is that anyway, authentic or not?) and a Matt Kemp SP. 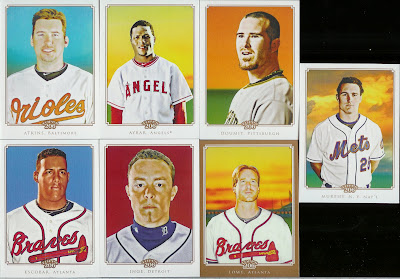 Pack 2 was schweeet! Haha. Are we missing two cards after all that junk? Yeah, we are. 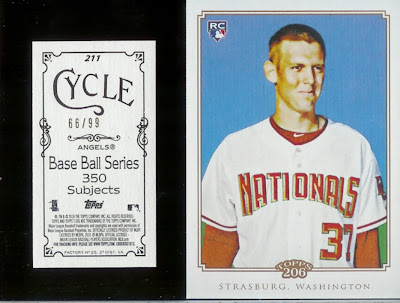 Not anymore!!! Here are your left is a cycle back mini of Angels pitcher Jered Weaver numbered to 99, and to your right is the infamous RC of STEPHEN STRASBURG (see, told ya that name would come up again)! Wow, I'm so keeping that thing! The Weaver is for trade though. It's such a nice card, I'm even thinking of getting some of his Bowman rookies just for cheap investments, because as you know Tommy John Surgery does not equal the end of a career. He'll only be 23 right? That's plenty of time to win 300 games! 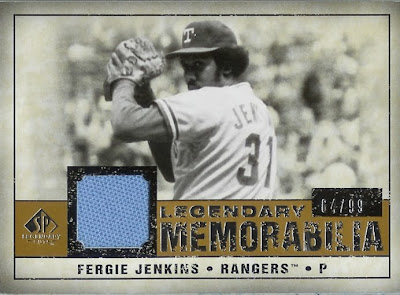 And the final card, is of a Hall of Famer, numbered to 99, my 8th card from the 100 card set so far, Ferguson Jenkins baby blue jersey! Pretty nice, and for a good price at that!

I didn't spend anything, but it always seems that I feel like I got ripped off, even with a Strasburg, which seems impossible. Well, nonetheless, got some nice cards, and a Beckett to read, so I guess I'll be back tomorrow with more! See Ya!
Posted by Drew at 7:00 PM