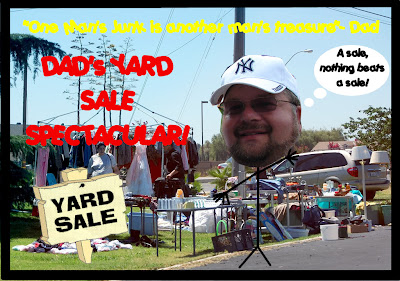 Hey guys, Drew back here, with some more Yard Sale pickups from my dad! I knew it was worth creating a logo for this series because this will most certainly not be the last time I would end up needing it! Let's see what Joemama got us this time: 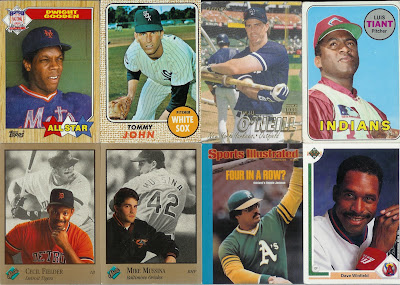 A very nice stack of good players from the 90's, 80's, and sometimes earlier! Some sweet vintage Tommy John, Luis Tiant stuff, as well as Cecil, Gooden, and Winfield. If you've been reading this blog for a while you would know the connection I have between those 3 guys, I met them all at one point at past White Plains card shows. Also, Moose, Reggie Jackson, and Paul O'Neill make appearances on this scan. 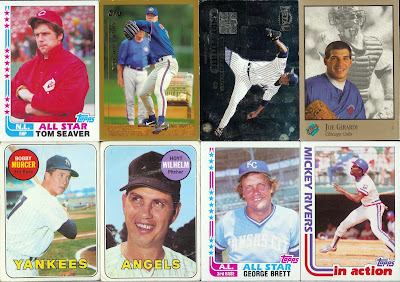 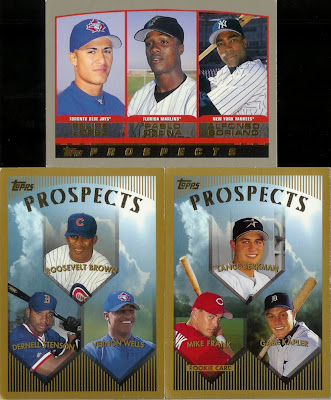 3 nice 90's rookies, with Vernon Wells, Alfonso Soriano, and Lance Berkman on it. If they all made the same rookie that would be awesome. The Berkman will head into my Yankees PC! 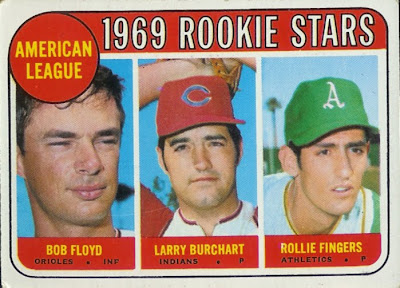 This card paid for the entire lot's price basically, and it was in the .25 cent bin! A Rollie Fingers rookie card! Wow, what a nice way to conclude this little yard sale spree! Awesome!