Here are the hits below... 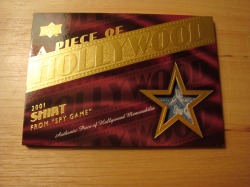 Yep, that's right, my fourth Piece of History Hollywood Card. It's a Shirt From Spy Game worn by Brad Pitt. One of the better hits in a pretty weak overall box. 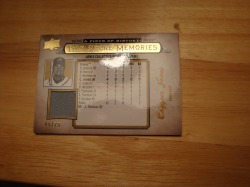 Here, my favorite out of the box, was a Chipper Jones Gold Box Score Memory Jersey Card #ed/75. 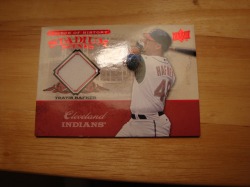 Not great, but a Travis Hafner Jersey Card (Stadium Scenes) not numbered. 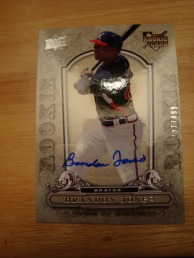 Brandon Jones Autograph #ed/499. Not bad, I think he's good, but not all that sure.