Hey guys, Drew back here! I realized the other day that while TTM successes were trickling into my mailbox, I haven't posted any of them! I got two nice 8x10 successes, which will have their own individual posts coming up shortly, but here is the best of the rest! Enjoy! 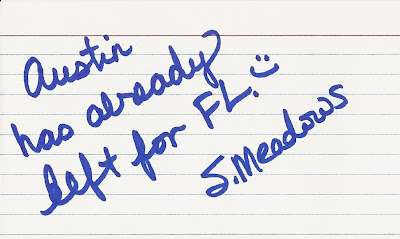 Austin Meadows, the Pirates' 1st round draft choice this past year, came back as a failure early on in the summer. Fortunately, his mom left me a note saying that he's already left for Florida! I'm going to mail the same card off to Florida when I get around to it, but for now I'm still empty handed on Meadows. It is pretty cool that she wrote a note to me though, and I'd laugh if Austin turned out being a star one day. I'll hang on to this! 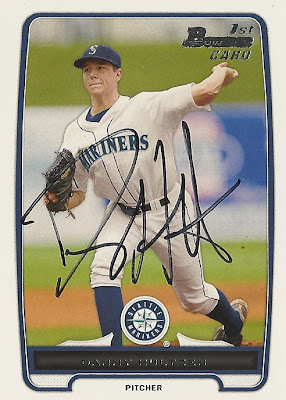 Danny Hultzen has been one of the best prospects in the Mariners organization since he was drafted 2nd overall in the 2011 draft! He's had his ups and downs throughout their minor league system, but as of right now he is 4-1 with a 2.20 ERA in Triple A Tacoma! It should be before long that he'll make his debut in the bigs, and I'm glad I got this when I did! 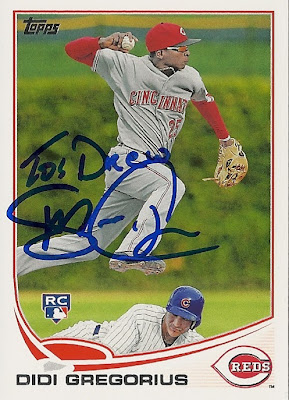 Mariekson Gregorius, otherwise known as Didi, has been a pretty solid player for the Reds and Diamondbacks in the 2 seasons he's played. He can do a little bit of everything and I'm excited to see him develop as his career continues! He signed a 2013 Topps for me, personalizing it and everything. Awesome success! 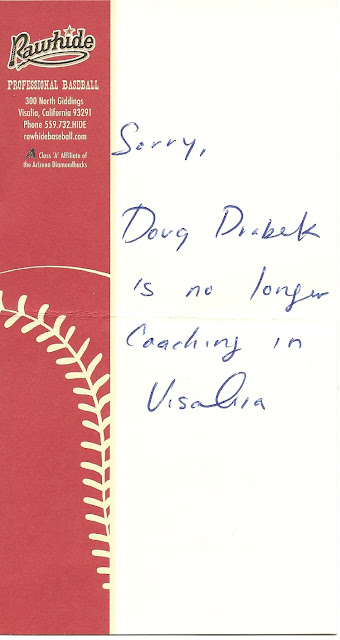 This failure was by result of my stupidity. I normally double check to make sure I'm sending to a valid address, but it now appears that Mr. Drabek is the pitching coach of the Hillsboro Hops! I'll have to find a different address... whoops! 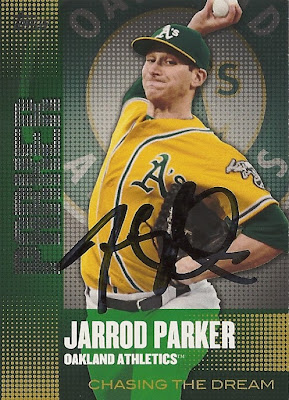 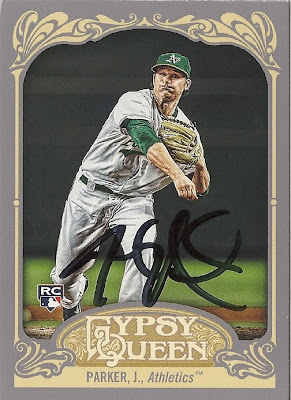 I thought this request wasn't coming back, but sure enough, young A's starter Jarrod Parker returned both of the cards I sent signed! They both look really nice, and I couldn't have gotten them at a better time! He's been one of my top pitchers on my fantasy team, with a 2.78 ERA in 87.1 Innings for me! While his year long statistics aren't as polished due to a slow start, he's turned it on and has been an important part of the Oakland playoff run! 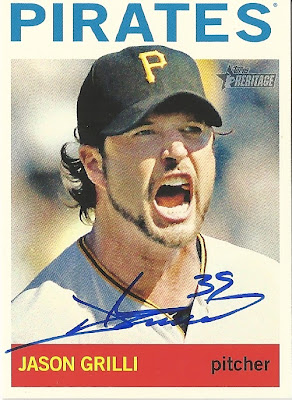 Grilli has one of the best stories of 2013, becoming one of MLB's most elite closers! He had 29 saves going into the All Star break, earning his 1st All Star selection, but unfortunately has only added 1 save since due to a forearm injury. He's been a big part of the Pirates great season, and as a semi-Pirate fan myself this was a request I really wanted to get back. 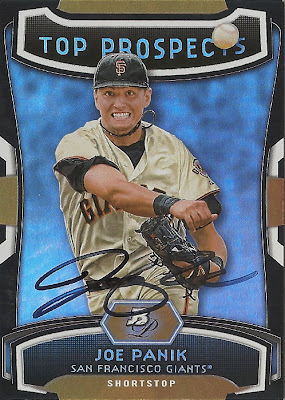 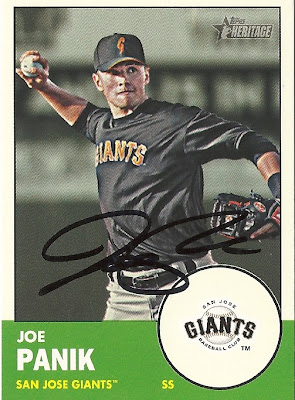 By far my favorite success of them all was from Joe Panik, the young middle infielder in the San Francisco Giants organization! He is one of the Giants best prospects and could take over for Marco Scutaro's spot relatively soon. While all of that is cool, Panik actually grew up in the same county as me, and played for a local high school. He's one of our areas best athletic talents and our county's big baseball fans are all rooting for him to do well! Both cards he signed came out great, and I'm so glad I got a chance to write to him.

So far, it's been a bit of an underwhelming summer with TTM's, but I haven't sent many until just recently. Hopefully the next weeks will be filled with successes, and like I mentioned earlier I do have two more that deserve their own post. The quest to get caught up is going remarkably well, but for now, See Ya!
Posted by Drew at 1:17 PM